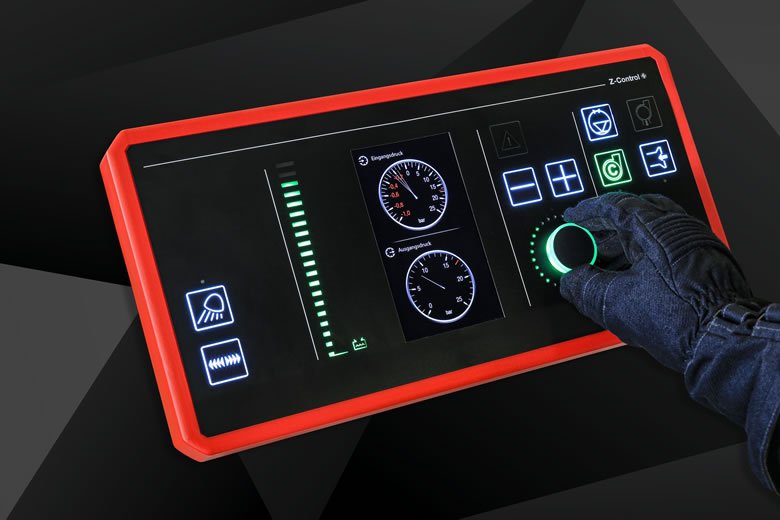 Operating your vehicles and components

Z-Control ZIEGLER’s operating concept, one system for all needs.

Due to the new modular user interface, a maximum of flexibility is given. Single modules are used in control panels of standard firefighting vehicles as well as in the dashboard of the new Z-Class.

Thanks to the modern, standardized and modular software architecture, products equipped with the Z-Control achieve an optimum level of quality, flexibility and future security. It has never been that easy to add FuncTions (functions) later on if needed. Due to the open system architecture, data can be transferred and analyzed.

One system – one control panelSince ten years Z-Control is well-established on the market.With the redevelopment, the system gets even more powerful. All vehicles and components from ZIEGLER get the same user interface – no matter if Ultra Power or Z-Class.Flexibly extensible to customer requirements: Through the integrated telematics function you have instant access to important vehicle data.

Touchpoint ConnectWith the new Z-Control, a series of new mobile operating elements are being introduced. Plug‘n’Play and Multi-Connect interfaces are available as variable options for products and vehicles. We have taken an innovative approach to intuitive and ergonomic operation in designing the interfaces.

The newly developed handhelds, which are available in two sizes, can be used to control components such as turrets and light masts.

Optionally, the system can be put into training mode. For example, the operator can perform a simulated foam operation.

10 reasons for the new Z-Control

Other products by ZIEGLER

Swing Out & Down Vehicle Ladders