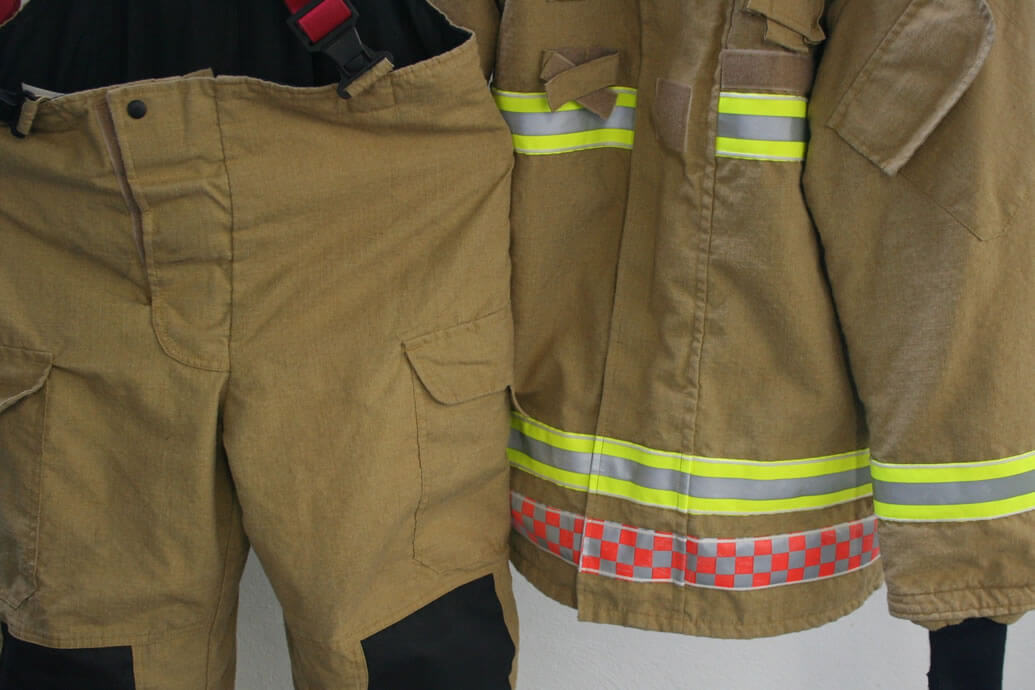 Fire services around the world have recently been taking a closer look at the health risks associated with soiled firefighter PPE and asking Why clean PPE matters, which suggests that the contribution clean garments make to minimising the health risks associated with ultrafine particle ingress has not been taken seriously enough in some countries. Whilst major manufacturers and suppliers, most notably in the UK, continue to stress the importance of regular and effective garment maintenance, fire and rescue services around the world have continued to place most of their focus of attention on improving the safety of users through improved design and better performance.

It has been widely recognised in the UK for many years that firefighters are exposed to contamination by ultrafine particles which are present in a number of environmental contaminants either on the fireground or in technical rescue scenarios. Combustion of a number of materials which are, or have previously been, used in building construction are known to create potential health hazards and include various types of plastics, asbestos and hydrocarbons. In technical rescue operations, such as road traffic collisions, chemical and hydrocarbon spillages as well as the presence of a wide variety of waste materials can all create a health hazard through inhalation or by migrating through clothing to come into contact with the skin. 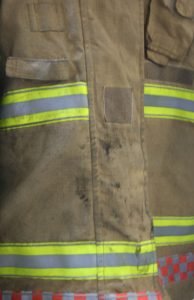 In the US, this issue was presented and debated at the 2012 NFPA Conference and Expo in Cincinnati under the title “Firefighter cancer in the new fire environment”. An extensive study pointed to the threats posed by three commonly found toxins, especially in gloves and flash hoods, which included plasticisers, alkyl phenols and polycyclic aromatic hydrocarbons. Toxin absorption is particularly prevalent through the skin. Whilst the US study recommended risk mitigation measures, including the wider use of SCBA equipment throughout fire suppression and the avoidance of skin contamination during fire events or rapid undressing after withdrawal from the fire scene, there was, surprisingly, no mention of the key role which PPE maintenance and cleanliness can have on the minimisation of risk.

In the UK, leading manufacturers design their PPE with a holistic approach to wearer protection, recognising that firefighter garments have a range of roles to play. The first is physical protection from external hazards including heat and flame, moisture penetration and exposure to blood borne pathogens. The second is physical protection from internally generated factors such as the build-up of moisture vapour through entrapped sweat inside the garment where the use of highly efficient breathable membranes provides the solution. The commonplace use of high performance breathable moisture barriers, such as Gore CROSSTECH© membranes, ensures minimum ingress of external contaminants and meets the needs of both these two requirements. The third is the minimisation of the risks associated with heat stress where the lightest available fabrics consistent with high performance protection are incorporated into structural firefighting and technical rescue garments. To achieve this, special fabrics manufactured for firefighter clothing from A W Hainsworth using Nomex© fibres have been instrumental in improving performance whilst, at the same time, providing lighter weight solutions. Bristol’s XFlex™ garment design platform now provides the basis for high performance protection for its PBI and Hainsworth outershell structural garments as well as its RecueFlex™ USAR kit.

The issue is now being considered in Europe as part of the ongoing work of CEN TC 162 WG2. At their most recent meeting in June a report was tabled on work being done in a number of countries looking into the potential cancer risks of toxins embedded in soiled garments entering through the skin. Several studies are being undertaken in Norway, Sweden and the Netherlands. More information is being sought to enable further consideration to be given to the level of risk and mitigation strategies which might be recommended.

It is, however, how garments exposed to these risks are maintained over time which plays a major part in ensuring that those contaminants to which the PPE may have been exposed are fully removed through specialist washing processes and, where, necessary, decontamination. It stands to reason that the only way in which firefighter PPE can be expected to perform to its designed and manufactured standard is to fully maintain its physical integrity. This involves careful inspection and professional maintenance. Adopting a planned PPE maintenance regime for head-to-toe PPE including fire coats and trousers, helmets, firehoods, gloves and boots prevents contaminants and soiling becoming engrained in fabrics and, ultimately, penetrating the membrane layers and allowing the wearers skin, anywhere on the body, to become regularly exposed to the associated health risks.

In the UK, fire and rescue services have been offered professional maintenance programmes for over 15 years as a means of overcoming the risks associated with firefighters washing their own kit in domestic washing machines which used to be commonplace. Now, through managed service programmes, available from companies such as Bristol, regular inspection, condition coding, repair and washing ensure that PPE is fully fit for purpose and that its protective performance continues to meet the relevant standards throughout its service life. It also ensures that, when wear and tear eventually reach the point where maintenance is no longer an option, the user is notified and replacement kit issued.

Firefighters urged to protect themselves from toxic fire...