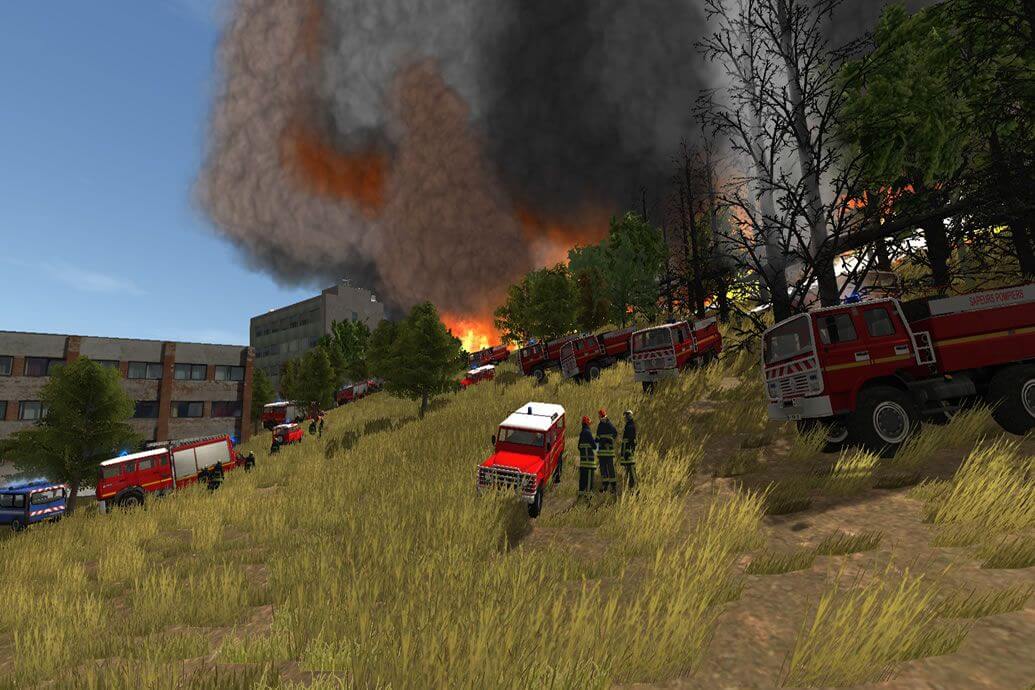 Robert Stacey, Project Officer for Northumberland Fire and Rescue Service (UK) provides an overview of the progress of the IGNIS project for virtual training in commanding large wildfire incidents.

The IGNIS project (Initiative for Global Management of big fires through Simulation), brings together the knowledge and experience of emergency service partners from four different European countries including France, Italy, Portugal and the United Kingdom.

IGNIS is a two-year project co-financed through the EU Civil Protection Financial Instrument (Grant Agreement Number: ECHO/SUB/2015/718664/PREP01 IGNIS). The project began on 1st January 2016 and will conclude on 31st December 2017.

The partners will spend a total of two years developing and testing a cost-effective, mobile and easily accessible simulation tool that can be used within all of the partner countries and across Europe. The simulation tool consists of a network of computers that run advanced gaming-style software from XVR which present officers with a realistic virtual environment that is as close to real life conditions as possible. Commanders receiving the training are able to see what they would see at a wildfire incident and are required to use their knowledge, skills and experience to gather and process information to make informed decisions on how to safely and effectively command the incident, their sector or team. The training scenarios have been designed to test commanders’ abilities to safely and effectively respond to changes that may occur during the course of a wildfire incident, such as changes in rate and direction of firespread. They also incorporate a number of other challenging elements, such as large scale impacts on local communities, infrastructure and the environment. To accompany the training tool, the partners are also testing a robust training and assessment framework called Effective Command.

The end result of the development and testing taking place through the IGNIS Project will be a training package and software that improves and enhances the current training available in many EU countries, including the UK. By jointly developing a simulation tool that can be used across Europe, the IGNIS partners will also enhance the capability for cross-border training involving multiple EU countries, which will in turn help to improve the coordination and response to cross-border wildfire incidents.

Benefits of simulation training for wildfires

A key motivation for developing simulation training for wildfire incident command are the significant benefits compared to traditional training which usually relies upon table top exercises and large scale field exercises. In summary, the benefits of simulation training include:
• Significant reduction in costs – with large scale field exercises being costly to arrange and implement and being unsuitable for training large numbers of personnel
• The simulation software can be run in real time, allowing training for both relatively simple and more complex wildfire scenarios
• Simulation tools provide a near endless range of different scenarios and provider instructors with the flexibility to change conditions during each scenario (for instance changing weather conditions such as wind direction), ensuring that incident commanders constantly review and adapt their tactics accordingly
• Simulation tools can record what actions are taken by the incident commander and will provide the necessary capability for reflection, assessment and improvement within the training environment.
Meetings and Training Workshops during 2016
The project partners met in France for the first time on 1st to 3rd February 2016 during a meeting hosted by the lead partner, ENTENTE. This kick-off meeting was held at the CESIR, the Euro-Mediterranean Centre for Risk Simulation. The meeting included a full tour and demonstration of the new equipment and facilities that are provided at the CESIR, including the state-of-the-art incident command simulator for wildfire training which will be used as a key foundation for developing the IGNIS simulation tool.
The project partners then attended two training workshops in France in May and September 2016. The aim of these workshops was to share knowledge, experience and information and to begin the collaborative development of the four training scenarios. During the workshops, the partners developed a common understanding of the procedures and command systems used within all of the project countries and identified the challenges to developing a training framework and simulation scenarios that can be used in multiple countries with different approaches to training and operations. Throughout the workshops, the IGNIS partners worked closely with software developers at XVR and incident command specialists to ensure that the simulator and accompanying tools can provide a suitable training framework that can be successfully implemented within all four of the project countries.

Since November 2016, the IGNIS partners have progressed to the next stage of the project which involves testing and refining the simulation tool and training framework. This testing is taking place in all four countries and involves numerous personnel spending time using the scenarios within the simulator to identify problems, difficulties and inconsistencies. The partners are progressively repairing any problems and further refining the scenarios and accompanying tools. 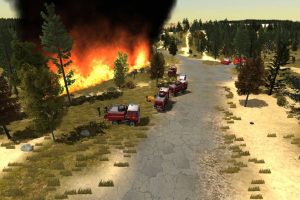 The project team is also organising large scale tests of the scenarios at three national exercises. The exercises have been designed in a standard format to incorporate a very large wildfire incident played across three days with real-life incident commanders from outside the IGNIS Project team. The exercises also incorporate a day-long national dissemination event attended by key stakeholders with an interest in incident command and wildfire issues.

The first national exercise was hosted by ENB in Sintra, Portugal in November 2017. The exercise involved incident commanders and Civil Protection Officers from across the whole of Portugal and incorporated cross-border assistance in the form of aircraft from another European nation.

The second IGNIS exercise was hosted by Corpo Nazionale dei Vigili del Fuoco in Rome, Italy in May 2017. The scenario in Italy incorporated cross-border assistance from two other European nations (Austria and Slovenia), both of which sent representatives to participate directly in the exercise.

The organisation of successive national exercises is enabling the IGNIS partners to raise the profile of the project and to progressively improve the exercises and tools being developed. The involvement of real-life incident commanders from outside the project team is also contributing to the project’s quality assurance process.

To further enhance the joined-up approach and quality assurance process being adopted throughout the project, an independent panel of advisors has been recruited to observe, assess and provide constructive feedback on the project activities. This advisory board includes a number of wildfire and incident command experts from Belgium, Croatia, Denmark, Spain and the UK.

The experts held their first meeting in France in September 2016 and have already begun providing feedback. The experts bring a significant amount of knowledge and experience to the project and will be specifically tasked with ensuring that the final training packages are appropriate for use across the whole of Europe. The panel of experts will also help the partners to promote the project within their own countries and through their own professional networks.

The IGNIS Project will conclude with an international conference which will take place in Brussels, Belgium in late 2017. During this event, the project partners will present the final results of the project and promote the development of an IGNIS Fire Simulation Resources Centre. The resources centre will be a key legacy of the project, providing an international reference resource on simulation training for wildfires. The resources centre will also facilitate ongoing networking and collaboration, to ensure the continual development and improvement of this innovative approach to wildfire incident command training.