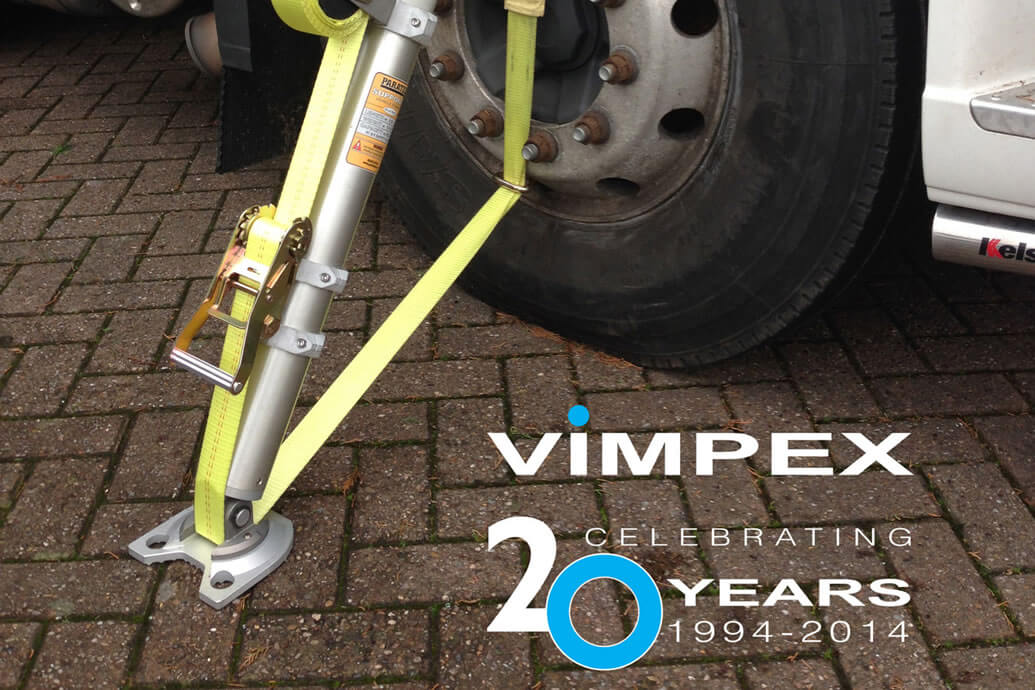 After a highly successful year in which Vimpex Celebrates its 20th Anniversary and has further added to its portfolio of products, the company is looking forward to returning to the NEC with a new-look stand and an even more impressive range of rescue products.

This last year has seen Vimpex appointed as UK distributor for the Paratech range of lifting, shifting, stabilising and forcible entry products. This coincides with the company’s 20th anniversary.

In its two decades of business, Vimpex has grown from a small UK-based distributor, to a pan-European organisation with subsidiaries in The Netherlands and Sweden and now represents some of the world’s best known brands.

Paratech’s new vehicle stabilisation ‘Supporter’ product, which is taking the market by storm, is causing extrication experts to rethink the way vehicle strut stabilisation is applied during RTCs. The Paratech Supporter is rated at 9000 kg at maximum extension, which is more than ten times the rating of the closest competition. This rating at full extension means that the product can be used for HGV tractor stabilisation as well as for smaller passenger vehicles.

Paratech’s endorsement of Vimpex as UK partner enforces the view that Vimpex is a reliable and trustworthy supplier to the rescue market. As one of the few independent companies serving the UK emergency services sector, Vimpex has the financial stability, commitment and knowledge to continue its success in the market. Vimpex is enjoying sustainable growth achieved by gaining market share as well as the addition of new products. Being independently owned and run without the constraints of foreign ownership or the demands of a vehicle builder means that Vimpex can be very reactive to customer demands. It allows the business to be versatile in an ever-changing market whilst maintaining its core values of fair pricing, transparency and integrity.

A further example of Vimpex’s ambition and commitment to the sector is this year’s development of the ‘Vimpex Promax FX-1’ Fire Fighting Glove. Using PBI Max Fabric as the outer protection and a multiple-layer silicon/KevlarTM construction with a PFTE moisture barrier liner, the EN659 approved FX-1 Glove has already a strong following for its extreme comfort and wearability straight from the box. Excellent dexterity and the fact that it can be laundered with other PPE means that the Promax F1 is likely to have a strong following in the UK and much further-afield. The Promax FX-1 Glove is the first of a carefully considered range of firefighting and rescue gloves in development by Vimpex. The company looks forward to welcoming visitors to its stand to try the gloves for themselves.

After a busy show last year, Vimpex are looking forward to an even more hectic event this year where along with Paratech Equipment and Promax Gloves they will be showing the full range of TNT Hydraulic Rescue Tools, Ogura Battery Powered Hydraulics, Pacific Paramedic, Rescue & Firefighting Helmets and ISG Thermal Imaging Cameras.