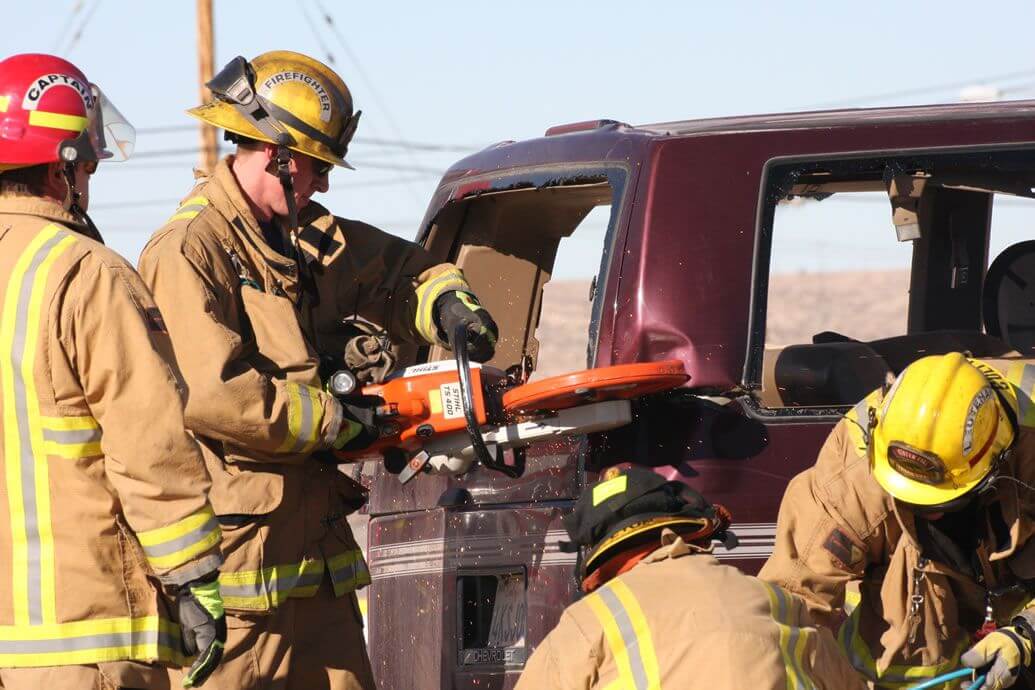 For many years it has been the general opinion the more pressure the tool could generate, the more power it would produce. This sounds logical. In the end you would expect a high pressure hydraulic tool to be more powerful than a low pressure tool. However, as simple physics explains, this is not necessarily true. As it appears, pressure alone has no relation to power production at all. In fact, high pressure tools may lower your probabilities not to cause any additional injuries to the trapped victim.

Any extrication starts with the stabilization of the vehicle. Stabilization avoids possible uncontrolled movement to the object in which our victim is trapped; our victim may suffer from internal bleedings, or even a broken spine. Any movement of this object may result in additional or even more severe injuries. Rescuers are trained to ensure the trapped victim will not suffer from the object moving while performing the rescue operation and use cribbing blocks or other stabilization tools to avoid such uncontrolled movement. Even paramedics use spinal boards and neck collars, all different types of equipment with the same sole purpose: ‘avoid movements that may result in additional injuries to the victim’. 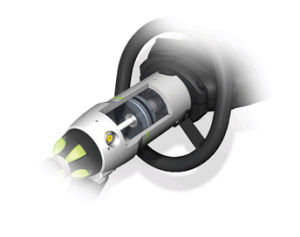 Strangely enough most rescue tools in the market today seem to ignore this one important standard rule and operate at high pressures. Apparently, heavy and very powerful tools are used for extricating. They create a certain force, and force causes an object to undergo a certain change.

In physics force is defined as ‘any influence that causes an object to undergo a certain change, either concerning its movement, direction or geometrical construction’. In other words, a force can cause an object with mass to change its velocity (which includes to begin moving from a state of rest), i.e. to accelerate, or to deform an object. Just think of Newton’s cradle. One kinetic ball from one side makes the kinetic ball on the other side move; whereas all kinetic balls in between do not. It proves that force travels and creates movement. 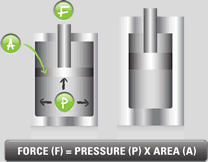 The formula for force equals F= P x A (Force = Pressure x Area). Force (F), also known as the power produced and its unit defined in Newton. So if force is defined in Newton, it is not pressure that is responsible for the powers delivered by the rescue tool, is it?

This white paper explains how hydraulic systems work, why rescue equipment makes use of this technology as well as the impact of pressure during a rescue operation. It will provide good insight that high pressure rescue tools are not necessarily better, stronger and easier to operate. You will find that low pressure tools are just as strong as any equivalent high pressure tool, and even much more effective in rescue operations.