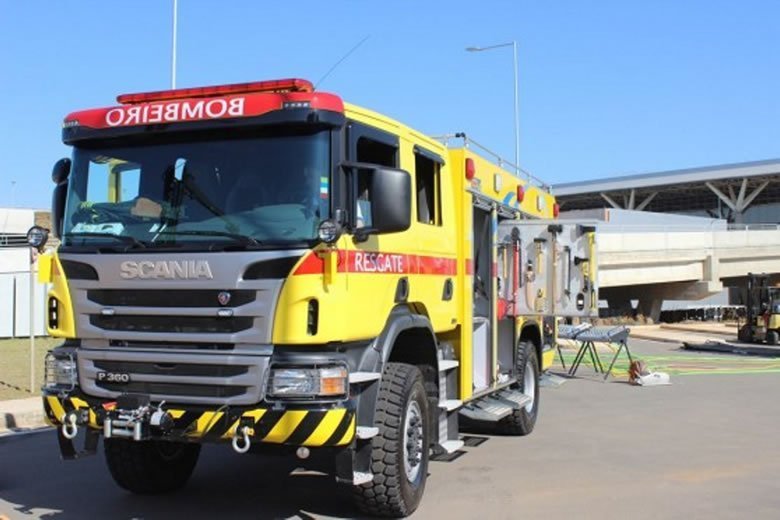 More than 120 adapted Scania trucks with Allison 4000 Series Transmission have been delivered for use in Brazil and South America.

Nine different Scania chassis have already been adapted for and industrial firefighting, civil defence and special explosives transport, among them the P250, P310, P360 FF, P440 FF and G580 models. These trucks are already present in more than 70 airports and air bases throughout Brazil, including remote units in and Fonte Boa in Amazonas, the Alcântara Air Base in Maranhão, and the recently renovated Viracopos airport in Campinas, in the state of Sao Paulo. -HT develops the vehicles using in-house manufactured or adapted equipment.

“The automatic transmissions are preferred due to their convenient operation, ride performance, manoeuvring agility and also the ease of gearbox integration with the essential components and electronic controllers of the fire truck,” said -HT executive Claudio Vincentini.

The vehicles equipped with Allison automatics comply with international standards for extreme performance and work in harmony with the trucks, according to Vincentini. Allison automatics accelerate up to 35 per cent faster than manual or automated manual transmissions (AMTs).

In addition to the 120 vehicles already delivered, another 12 Scania units with Allison automatics are now in the final stage of preparation, as part of a significant investment programme for airport vehicles. Five of them are for Infraero. Another four units have been ordered by the Department of Civil Aviation and will be sent to the airports of Comandatuba (BA), Barreirinhas (MA), Pato Branco (PR) and Patos, in Piauí. Two units are for the Fire Corps of Maringá, of Paraná in the south of the country, and another unit is for an explosives transportation application in Peru.

The trucks are equipped with diverse gear that can include special clothing, reptile pick-up accessories, pumps for water launch with high flow capacity, and liquid foam generator and dispensing equipment (LGE).