Thermal Imagers, a Powerful Tool for the Fire Service 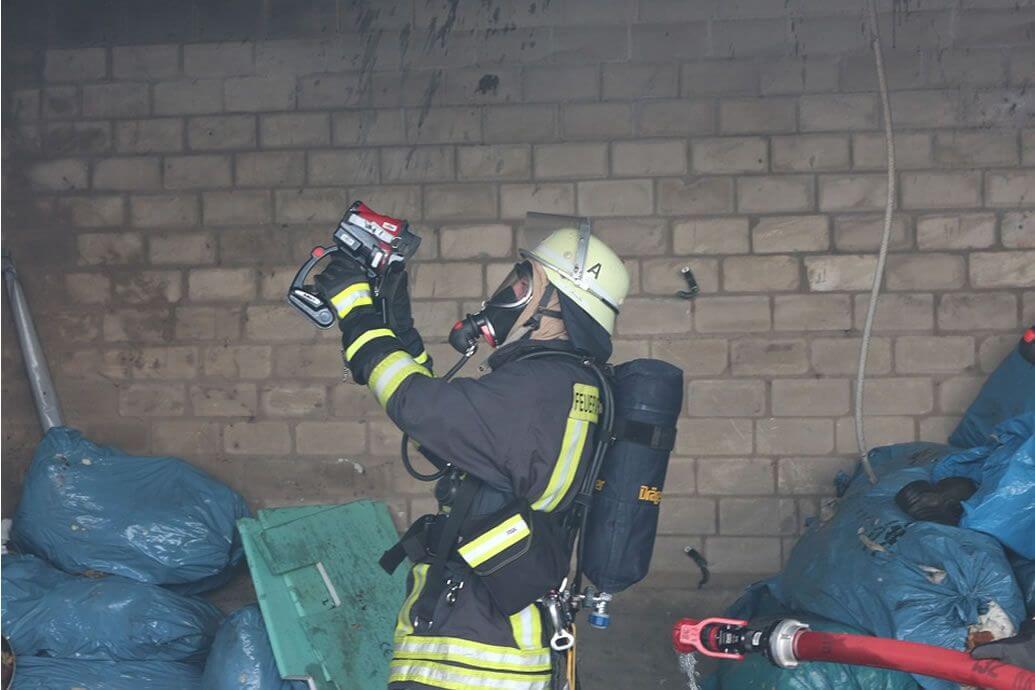 Thermal imagers or thermal imaging cameras (TIC) were once restricted to use by the military, however, this technology has been declassified and is now becoming a very useful tool for the fire service. Thermal Imaging Equipment can provide first responders with critical information to size up a fire incident, track fire growth, and to locate victims, other first responders, and egress routes. The need for standardized performance evaluation methods arise as TIC use increases and fire fighters begin to consider them essential equipment. These devices represent a significant investment, typically on the order of US$10,000 per TIC, first responders have little guidance on instrument performance beyond manufacturer literature and recommendations from other users [1]. This article briefly discusses the TIC performance needs of fire fighters and the fundamentals of comprehensive TIC performance test methods. 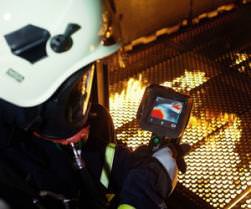 The environment encountered by fire fighters varies, depending on the nature of the fire scenario. Decades of fire testing have shown that the gas temperature in a naturally ventilated burning room stratifies, due to buoyancy, into a hot upper layer that contains combustion byproducts and a cooler lower layer comprised mainly of ambient air. The time-varying severity of conditions in the room of fire origin and adjacent or nearby rooms will change depending on the type and amount of materials burning, thermal properties of the room surfaces, the ventilation conditions, the size of the room, and a number of other factors [2]. As any fire fighter will gladly explain, no two fires are exactly the same. For this reason, incorporating the chaotic and dynamic nature of fire conditions into readily controlled, reproducible, and repeatable tests that will be performed by numerous parties is a difficult task. 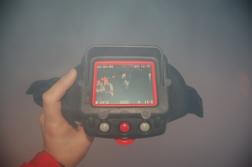 A typical situation in which a TIC is used may involve a residential or commercial fire, where furnishings, structural materials, electrical appliances, or other materials burn in a flaming or smoldering mode. As these commodities burn, smoke and combustion byproducts such as carbon dioxide (CO2) and water (H2O) will be produced in large quantities. In these conditions fire fighters frequently cannot see through the smoke. Sometimes fire fighters are called to an event in which someone suspects that a fire is starting but cannot pinpoint the fire source. In this case there may not be a large amount of smoke, but without a TIC the fire fighter may need to create many holes in walls and ceilings in order to find the problem. 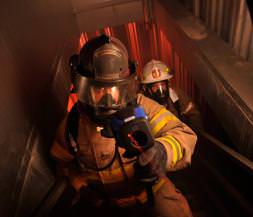 There are two basic ways in which operating conditions affect TIC: first, the camera itself must be rugged enough to function in elevated temperatures and humidity, and to withstand other adverse conditions imposed on it by the operational environment and by the fire fighter; and second, the TIC must be capable of producing images that provide useful information to the user. Image quality tests address the ability of the TIC to capture an infrared scene with sufficient sensitivity and detail to enable the user to perform a particular activity, such as searching for a fire victim.

During the course of a fire emergency event, a TIC may be subjected to high pressure salt or fresh water spray, it may be submerged in water, it may tumble down a flight of stairs, it may fall from a height of 2 meters or more, and it may spend time rolling around the floor of a fire truck on the way to the event. Then there are the effects of the fire to consider: flames and heat. The TIC should not interfere with or be interfered with by other electronic equipment. It should not be a shock hazard to the user and it should not be the source of an ignition or explosion. The TIC robustness performance for all of these operational conditions can be evaluated using established laboratory-based test methods, in some cases with slight modification. 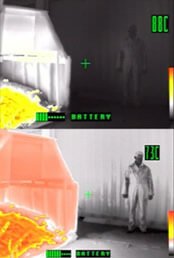 Evaluating the performance of TIC with respect to image quality is more complicated than evaluating TIC robustness. Established laboratory-based test methods have not been developed for the special high-heat, wide- temperature-range conditions in which fire fighters routinely operate. The field of view of the TIC must be wide enough that a fire fighter can use it to navigate in an unfamiliar structure with visibility of less than 15 cm and still be able to see enough detail in the image to understand what is there. Given a minimum field of view, the TIC must still be capable of providing sufficient spatial resolution for the user to identify important objects. There may easily be situations in which both water and flames are present, which challenges the ability of the TIC to respond across a wide range of temperatures (dynamic range). In this situation, the fire fighter may be looking for another fire fighter, a civilian victim, or an egress route and would need to see these objects of intermediate temperature in spite of the flames and/or water. In another scenario a fire fighter may need to see relatively small differences in ambient temperature, for example when looking at the level of hazardous material in a container to determine which container is leaking. At higher temperatures, a fire fighter may look at a hot ceiling for the most appropriate place to vent. For these operations the TIC must have a thermal sensitivity that permits enough contrast in the image for the user to perform the task.

Francine Amon as seen through a Thermal Imaging Camera

The National Fire Protection Association has recently published NFPA 1801 Standard on Thermal Imagers for the Fire Service, which includes all of the TIC robustness and image quality tests mentioned above [3] and is currently the only nationally recognized standard on performance evaluations for fire service TIC in the US. This document is evolving as advancements in technology and new uses for fire service TIC are discovered. For a more detailed description of the image quality test methods, please refer to [4].