The new Z-Class presented at AFOA conference by VENARI Group 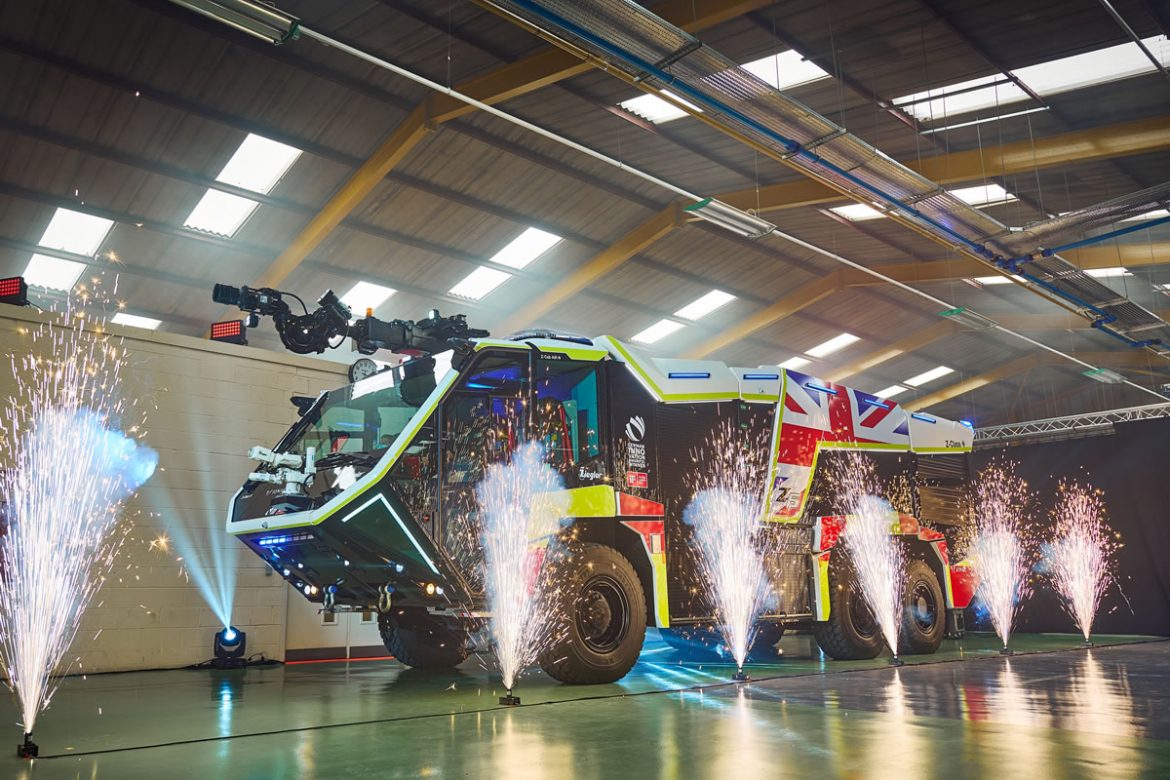 The new Z-Class presented at AFOA conference by VENARI Group

On June 29th 2021, the latest Airport Fire Officers Association (AFOA) conference was held at VENARI GROUP Headquarters in Brighouse, West Yorkshire, where some of the highest-ranking British fire officers were introduced to the coveted new Z-Class air crash truck for the first time, in the most emphatic way possible.

Over the past 4 weeks, the Z-Class has completed ten days of operational duty, overlooking Air Force One’s safe arrival at this year’s G7 summit in Cornwall. Following the fantastic support to Cornwall Airport’s fire crews, the Z-Class travelled to multiple, major international airports throughout the UK to demonstrate its unrivalled capability, efficiency and sheer power.

Senior Airport Fire Officer for Cornwall Airport, Charles Dixon commented on the Z6’s performance: “What an incredible few days for Cornwall Airport and we’ve absolutely delivered on the biggest of stages. Huge thanks to ZIEGLER and VENARI for providing the incredible Z6 for resilience – I have no doubt this will make a huge impact in the industry.”

The Z-Class was launched by ZIEGLER in September 2020 and was due to be unveiled to the British aviation market in the same month. Covid restrictions delayed the initial UK unveiling but it has instantly wowed some of the industry’s most experienced operators with immediate impact after touching down in UK in June.

Venari Group CEO, Oliver North, commented: “The Z-Class provides more safety, more speed, more power, and more efficiency than anything I’ve ever seen in this field. Credit to our partners, ZIEGLER, for such an astounding piece of engineering.

“The initial foundation of staff at Venari headquarters were brought in, in early 2020 to demonstrate, service and maintain this very truck. I believe the calibre of our aviation team is completely unrivalled and, importantly, our passion and obsession to fundamentally improve the quality of supply and back-up in the UK aviation firefighting vehicle sector is as exceptional as the truck itself – all contributing to the perfect partnership between ZIEGLER and VENARI, which I’m convinced will be a huge asset to our aviation fire departments throughout the UK and Ireland.”

VENARI firefighting division sales manager, John Purdy, finished: “After thirty years of experience in aviation firefighting, I’ve genuinely never operated such a powerful and intuitive firefighting appliance, and to then encapsulate this fundamental increase in firefighter safety is incredible. For us to say the bar has been raised is probably a bit of an understatement – I think the Z-Class will be very much welcomed as the breath of fresh air which the industry has been craving for some time.”