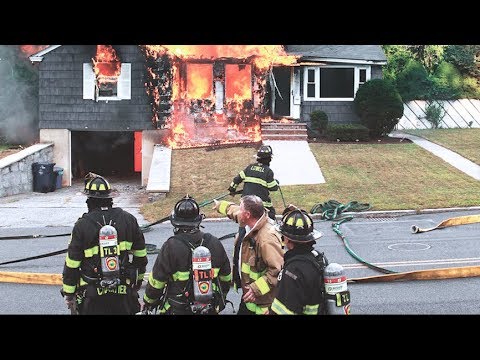 The Merrimack Valley gas fires: An incident management success story. NFPA’s Bob Duval discusses how a robust incident management system lessened the blow for three Massachusetts cities when in September 2018 a malfunction in a natural gas piping system there sparked dozens of simultaneous fires and at least three explosions.

hortly after 4 p.m. on September 13, 2018, 911 calls began to stream into the fire alarm office in Lawrence, Massachusetts, as residents throughout the town reported fires, explosions, and the smell of natural gas. Brian Moriarty, chief of the Lawrence Fire Department, had finished his shift and was planning to meet a few friends when he learned of the fires breaking out across the city. He responded to the first incident he heard about, a structure fire in a part of town where numerous homes were reporting issues with natural-gas fueled boilers, furnaces, and hot water heaters.

En route, additional reports came crackling over the fire department radio in his car. He arrived to find a fire in a large multifamily building with residents evacuating. As other firefighters arrived, reports continued to come over the radio of yet more fires and explosions, especially in the area of South Lawrence. What is going on here? Moriarty wondered to himself—had there been some kind of large-scale malfunction of the city’s gas system? He knew the town would soon require mutual aid to handle the volume of fires and other incidents that were occurring.