The importance of “Fast Water” when firefighting 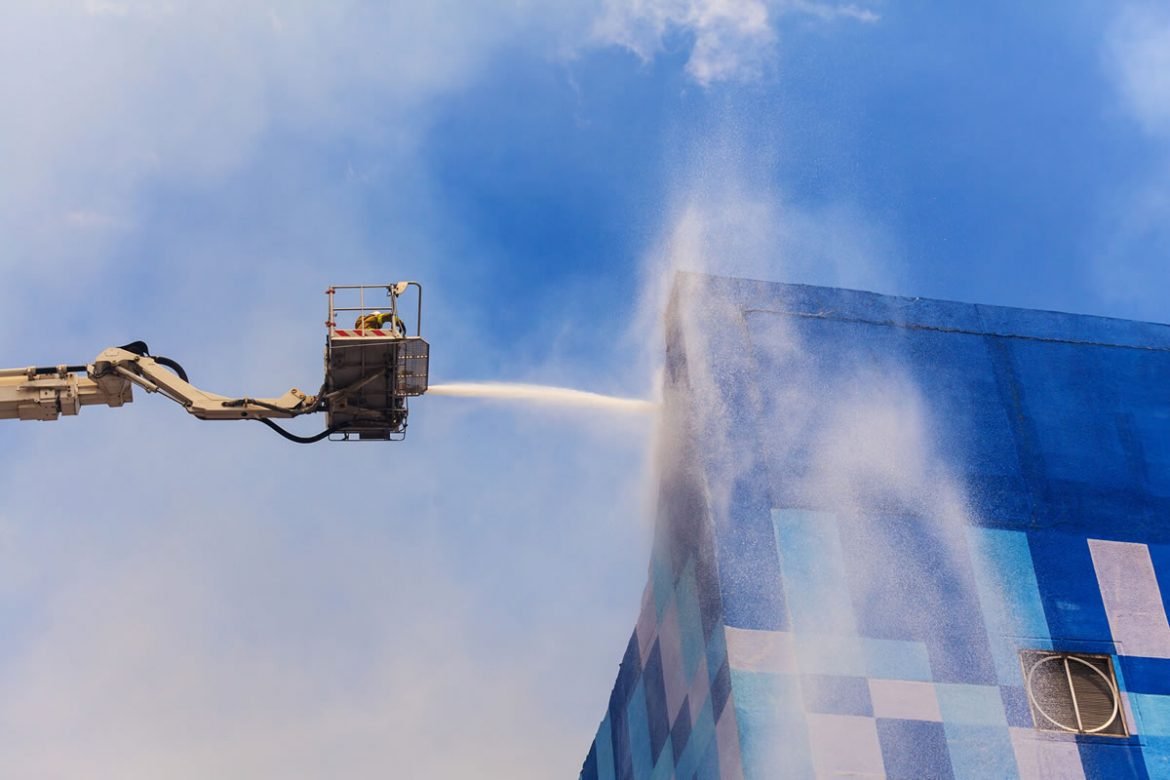 The importance of “Fast Water” when firefighting as many buildings are lost for lack of ‘Fast Water’?

Fast water on the fire means exactly that! Applying an effective amount of water onto the fire as soon as possible must be our objective. Current data has shown that many building fires (25%) get worse following fire service arrival on-scene and our target must surely be to reduce that percentage to near zero. How many of your fires are spreading beyond the compartment of origin each year and what are you doing to reduce that statistic?

As a fire grows, it will spread at a rate according to fuel load, ceiling height and ventilation openings. In low-ceiling areas less than six metres high with adequate openings and fuel load, the fire can involve an entrire room in seconds and then spread further beyond that room.

However, ‘fast water’ in some situations means ‘controlled water’. This means if you are entering a doorway or fire compartment (yes ‘door entry’), take a few short seconds to visualise your approach if there is a high hanging smoke layer inside the compartment/room, and maybe use the light of the fire for a few seconds to assist. In this situation you may be able to use the visible area below the smoke to see the exact fire location, observe the smoke colour and if there is any great velocity in the air exchange (flow-path), or perhaps observe any victims on the floor. On entering, always check behind the door. No need to ‘throw water up’ for the sake of it, but certainly if the layer appears hot then 2-3 short bursts of a fog (or less if using solid) pattern into the overhead might keep the layer high and the visibility good. If the layer is lowering though and particularly if it is ‘bouncing’ up and down 3-4 inches, then the fire is surely developing dangerously somewhere up ahead and controlled bursts are needed ito cool the layer itself! (Remember the rule of thumb drop rate of 1 metre/min in large volume buildings – may be time to back out promptly)!

Take note: If entering a room from an adjacent area that has a smoke layer hanging above you near the ceiling, this smoke may well be hot and is likley to be highly flammable. Therefore, before opening the door, it may be necessary to deal with the smoke layer first –

The first opening you might make into a fire building is at the entry door. In any case, the first opening you make as a firefighter is adding to existing openings and creating a flow-path if not controlled. This may allow the fire to develop and spread with far greater speed and intensity, than if you had left the door closed or taken control of it’s opening. This is where the ventilation profile begins. As firefighters we must think to control openings as soon as possible, taking control of air flows into the building. Its lack of controlling these vent openings (opening an entry door and breaking wndows) that leads to a fire becoming worse, before it gets better!

Getting that water (or foam) on the fire fast!

In the UK we run with 55 metre fast attack high-pressure hose-reels that deal with around 75-80 percent of our working building fires. In fact our buildings are designed in such a way that should enable firefighters to reach the furthest point in a residential building within 45 metres (150 feet) of the engine. If this is not the case then the building should be provided with a rising fire main (stand-pipe) that reduces hose-run distances. The provision of a sprinkler system may enable these distances to be slightly extended.

So getting an adequate flow of water on the fire quickly will prevent the fire from spreading beyond the compartment of fire origin. An ‘adequate’ flow for a residential dwelling in the early stages of fire development (<1 room)is now considered to be a minimum of 200 L/min (53 gpm) if utilising high-pressure lines. The speed of deployment of these lightweight hose-lines can be very quick, even to floors as high as level five, hauled aloft by line from the street where viable.

Larger hose-lines flowing greater amounts can be more difficult to lay quickly and may be proportional to staffing, procedure and training. It is sometimes the case, that an engine will first source a hydrant before discharging any water, allowing the fire to develop 2-3 times in size within a few short minutes. In some cases and immediate hit on the fire from an extrior position, using water from the engine’s onboard tank, may be beneficial.

When considering the benefits of applying water from the exterior, it is important for the fire commander to selct an option and communicate it to the crew. Failing to do this may cause all crew members to have different objectives in their mind, which may conflict in the tactical approaches made.

Blitz attack is a form of transitional attack and particulalrly in certain inner-city fire services it is commonplace to arrive on-scene only to see heavy fire spreading to upper levels or adjacent properties. Some fire engines have roof-mounted monitors (we used to call them ‘Stangs’ – a manufacturer’s term) whilst others carry portable high-flow monitors to mount an immediate ‘blitz’ attack through openings spewing fire, actually ‘dumping’ the entire contents of the on-board water-tank (1500-3000 litres). This strategy has been used since the 1950s and even earlier, with the objective to rapidly reduce the fire’s heat release and burning rate, taking it back down to manageable levels prior to an interior attack taking place.

When using this strategy you need to consdier the following:

This tactical approach, if used effectively, can take a fast spreading fire back down to manageable levels using hand-lines. In town-centre shop fronts with high fire loads involvement on arrival it may be the only way to save the entire building, for a hand-line attack implemented 3-4 minutes later may be too far behind in suppressive capacity as the fire has doubled in size.

What is termed ‘adequate’ firefighting water?

The most effective use of firefighting water may not always be the most ‘efficient’, certainly during the first few moments of fire attack. Its safer to go for overkill, providing you have an adequate supply available.

Additional ‘safety’ hose-lines are always a consideration as back-up support, especially in basement fires. However, always maintain a clear path of egress for crews working ahead.

More information can be found at eurofirefighter.com