The hidden danger of cutting in airbag cylinders 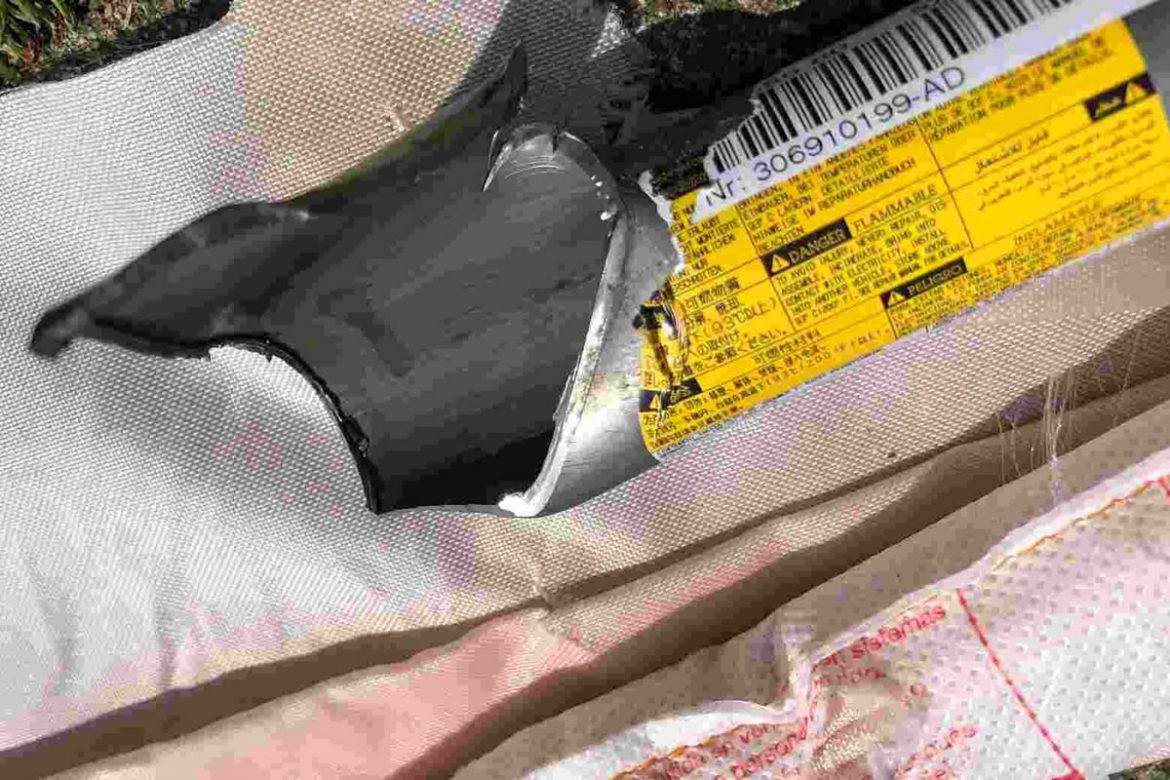 The hidden danger of cutting in airbag cylinders

When I started in the fire service about sixteen years ago we all learned: Do not cut in the airbag cylinders and stay out of the impact area of airbags, because they can kill you. Back then I just accepted that fact and never thought about why or how they could kill me and why I couldn’t cut in airbag cylinders.

I think most rescuers in the world know they shouldn’t cut in airbag cylinders. They most likely learned it the way I did sixteen years ago, by having a trainer tell you that you shouldn’t do it. But have you ever wondered why?

A recent case that I heard of was an accident with airbag cylinders that took place in Germany. The voluntary firefighters of Stadt Rahden were called to a serious traffic accident, involving two cars. The driver of the first car was able to free himself but the second one was trapped in his vehicle (a Citroën C4 > 2010, see photo) and had to be extricated with hydraulic rescue tools.

During the technical rescue the cylinder of a curtain airbag was hit with the cutter, causing a loud bang.

As a result, three rescuers had to be replaced: they were checked by the medic who was on site and then taken to the hospital, to be on the safe side. All of them could leave the hospital after the examination as treatment was not necessary.

When the airbag cylinder was squeezed or cut it suddenly burst open: a welded cover completely detached from the cylinder and flew into the vehicle as a projectile. One rescuer in the vehicle had a second helmet in his hand to protect the patient and the projectile penetrated this second helmet. The main reason for this was the failure of the weld seam on the airbag cylinder.

This projectile was seriously dangerous for everyone in the car!

Apart from this case in Germany I’ve seen an airbag cylinder being cut in a Hands On Training (HOT) session at Fire Department Instructors Conference International (FDIC) a couple of years back. The operator was cutting a C-pillar without looking properly for an airbag cylinder. The cylinder exploded and the loud bang was audible over pretty much the entire HOT extrication training area. Nobody got hurt but the chances of getting injured are enormous, looking at the case in Germany.

I cannot emphasize enough that although in the case of Stadt Rahden it was a Citroen C4, it can be any other brand and type of car. Esthetics play a bigger role when car designers do their jobs, and they will think of more creative – to us more unfamiliar – places for airbag cylinders. If possible take time for a deep search for those cylinders, although two experienced firefighters did so and still got surprised by the ‘hidden’ cylinder. We are happy they were brave enough to share their story and enabling us to learn from them.

DANGERS OF CUTTING IN AIRBAG CYLINDERS

A lot of rescuers may not be fully aware of the danger that cutting through an airbag cylinder can bring.

What if I tell you that those airbag cylinders are filled with a compressed gas up to 350 bars (± 5000 psi)? Would you be willing to cut a breathing apparatus bottle containing 300 bars of air pressure? In that first training as a firefighter I was also told that if the BA bottle’s valve breaks, it will turn into a rocket. Therefore I carry it like a baby. So why would you even consider cutting such a ‘rocket’?

PUNCTURING OR SQUEEZING THE AIRBAG CYLINDER

Some of us will have experienced that the airbag cylinder just hisses loudly when being cut. Others will have found that they pop; this has to do with the way they break when cutting. If we take a pressurized cylinder and try to cut it with a cutter you basically have two options:

The blades puncture the airbag cylinder and the gas escapes with a loud hissing sound
Or:
The blades squeeze the cylinder without penetrating it

The latter scenario often occurs when the car materials surrounding the airbag cylinder are a bit tougher and not that easy to penetrate. The metal acts as a shield around the cylinder and creates the possibility to squeeze it instead of puncturing it. This causes the pressure to rise, because the same amount of air is being forced into a tighter space. This rising of the pressure may cause the cylinder to burst open. If the cylinder was damaged during this squeezing operation it may very well break apart when bursting and send shreds flying all around, like we saw happening in Germany.

WHAT ABOUT SPREADERS AND RAMS?

Having said that we can make the cylinder burst by squeezing it with cutters, it’s easy to see that we can also create the same effect with spreaders or rams. Especially during cross ramming when the ram can be positioned in any location in order to try to push towards the other side. This can be the roof line or B-pillar. Knowing that most modern cars nowadays come with their airbag cylinders for the curtain airbags positioned on top or close to the B-pillar, this creates a new challenge when positioning the rams.

We can’t emphasize it enough but the phrase most used in my training sessions is: Peel and peek! Never cut in something if you don’t know what’s behind it. I like to compare it to blindfolding an operator and then asking them to remove the roof of a car. The first thing they will say is: I can’t do it because I can’t see what I’m doing. In other words they can’t see what they are cutting.

We use a Crash Recovery System to locate the possible hazards before we start working on a car. The Moditech version that we use probably has the most extensive database of vehicles and functions. It is possible to virtually remove a roof or side, in order to discover what is behind those parts. The program also has an interactive option to touch items in the car and get more intel about these specific objects. In addition to this system Euro NCAP and Rescue Code also have applications with a database of vehicles and their hazards.

Those databases are very close to 99% correct, but I still keep telling people to peel and peek! The applications can help you find the cylinders faster but can’t promise you that they are 100% right all the time.

For me personally it is quite simple: When I get to a car I follow the system shut down procedure (see highlighted frame).

If the incident requires me to cut the pillars or roof line I will start by peeling the rubber door trims and peek under the roof lining around the door opening. If the car has a curtain airbag it should be visible there (the exceptional models like a Tesla model X aside). When I find a curtain it means there should be a cylinder!!

I will not cut anywhere in the pillars or roof line until I have found that cylinder. The fact that we saw the curtain means it MUST be in there somewhere. I don’t play Russian roulette.

If you can’t use an application for locating the cylinders quickly just follow the curtain with your hands and try to find the cylinder. Then mark the location and communicate this to your fellow rescuers.

Knowing a bit more about the how and why of the dangers involved I believe that ‘Do not cut in airbag cylinders and stay out of their impact area’ is still very sound advice that my trainer gave me. Apart from that, whenever I have determined where to cut I always take a quick look behind the plastics to check for any hidden danger. And not only for airbag cylinders: seatbelt pre-tensioners or other items can also damage my cutters or hurt me or the occupants of the car. So always peel and peek, only then you can be sure to cut safely.