The growing scope of Thermal Imaging in fire fighting 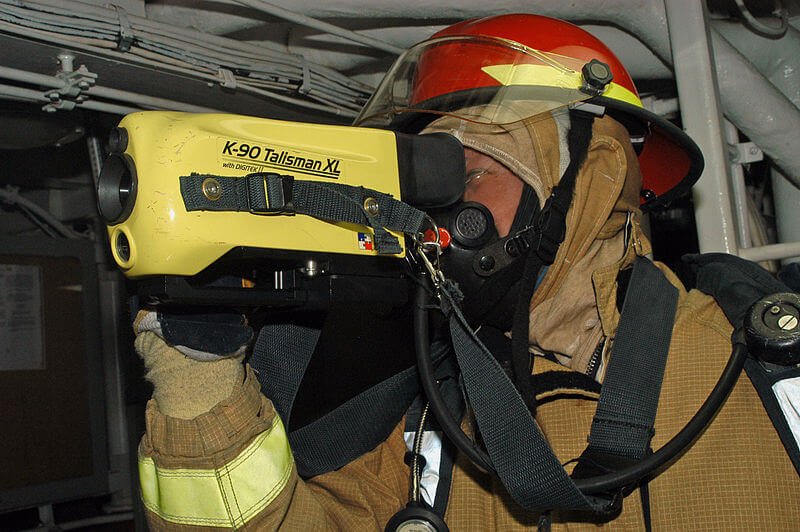 Thermal imaging cameras have the reputation for being cost prohibitive but this couldn’t be further from the truth. In recent years the entry cost to the technology has fallen exponentially with its take-up. The scope of thermal imaging is now huge, way beyond the defence industry and law enforcement sectors where it was first commercially applied.

Manufacturing economies have resulted in the dramatic fall in the cost of radiometric detectors. In turn, this has made the technology easily affordable by anyone whose job can benefit from the ability to either detect a heat source, such as a person, or to examine the thermal profile of a scene or a system for signs of hotspots. 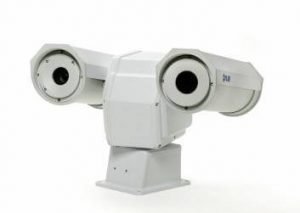 Indeed it is the flexible application of the technology that ensures its rapid return on investment. The same device can be used to see through smoke to spot fire casualties or scan the industrial environment to identify systems that are operating at abnormally high temperatures.

Thermal imaging is also proving to be the ideal technology for monitoring waste bunkers or piles of materials susceptible to fire or spontaneous combustion. And by using different wavelengths, infrared cameras are additionally being adopted for the detection of noxious and combustible gases. 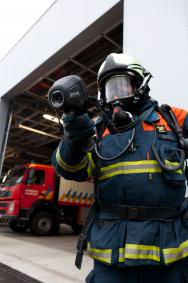 Statistics for industrial fires in the UK show that while a substantial number can be attributed to the misuse of heat, welding accidents for example, a large proportion is the direct result of electrical failure or malfunction.
Thermal imaging has become the industry standard method of spotting electrical faults as the technology can be used to inspect fully energised systems. It provides premonition of failure so costly downtime is avoided, a huge benefit in the management of critical systems.

The insurance industry is widely making thermal inspection a condition for cover as not only does it limit commercial risk it also helps prevent fire. 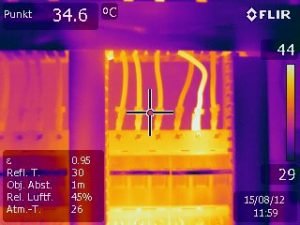 As electrical systems age cable coating becomes porous. External factors such as UV radiation can also cause changes to the plastic coating making it more brittle and prone to breakage. In addition, contact points oxidize and fuses become overloaded.

Thermal imaging is ideal for spotting the effects of this deterioration and also for detecting asymmetrical loads. If an older system is extended over time, the upgraded electrical circuit can be exposed to greater load than was originally intended. This requires immediate action as excess load can generate heat and again, pose a fire hazard.

Important developments have been made in thermal imaging technology to facilitate the detection of electrical faults before they become a fire risk. One is multi spectral dynamic imaging (MSX) that provides extraordinary thermal image detail in real time. It allows easier target identification without compromising temperature data.

Unlike traditional thermal fusion that inserts a thermal image into a visible light picture, MSX embeds digital camera details into thermal video and stills. Indeed the images it produces are so clear there is no need for separate digital photographs to be taken for reports. 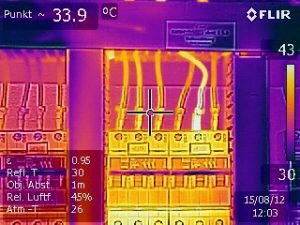 Strides have also been made in connectivity. Thermal images can be shared on mobile devices and cameras can receive measurement data from complementary instruments. For example data acquired via a wireless-enabled clamp meter can now be directly embedded in the corresponding thermal image, adding value to the inspection process.

Whilst the majority of preventive maintenance and thermal inspection applications are conducted using hand held thermal imaging cameras the use of fixed installation models is also growing significantly. Discrete infrared cameras are easily accommodated into a production line to confirm a thermal process has been efficiently accomplished. These products also have an important role to play in detecting any production based thermal irregularity that could lead to fire.

Another growth area for the technology is in waste bunker monitoring, facilities which contain solid household waste that is potentially flammable. Self combustion, heat development from pressure, spontaneous chemical reactions and methane build-up are all potential fire creators. Pan and tilt models are also available that allow the camera to auto-slew to the hotspot. 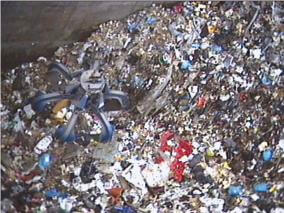 Importantly thermal imaging cameras have no need for any additional lighting, providing round-the-clock temperature measurement so the seriousness of the situation can be continually assessed. Input and output ports enable the camera to be linked to third party control software and sound alarms. They enable the creation of complete and impressively uncomplicated quality assurance and fire prevention systems. 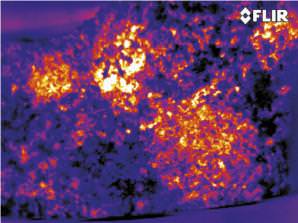 Image: Thermal image of waste bunker monitoring for excessive heat which could lead to a fire

Fixed thermal imaging cameras detect and clearly visualize early hot spots through smoke, dust and at night, qualities they also share with the new breed of dedicated, hand held models that have just been introduced for fire fighting, search & rescue. They meet the toughest of operating conditions and are designed for single handed use on the move. They provide clear crisp images at arms length whilst allowing good situational awareness.