Tactics and methodology for fires in underground environments 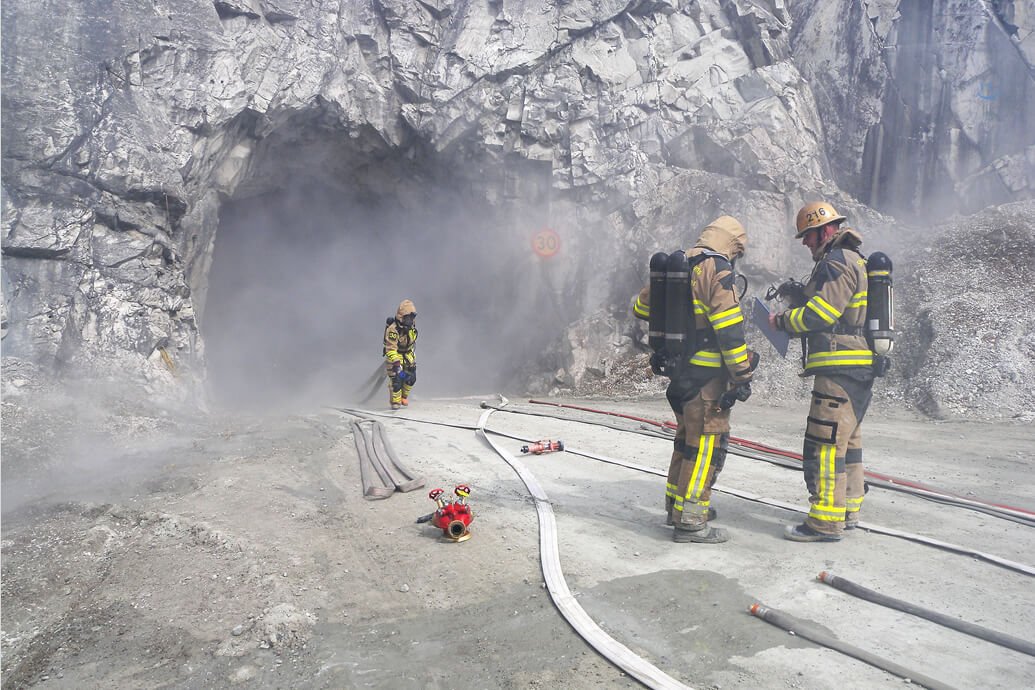 The Tactics and Methodology for fires in Underground Environments

A rescue operation in an underground environments is a very complex process. The nature and magnitude of the problems which may occur in connection with fire rescue operations can vary depending on the individual fire and rescue service organisation’s abilities and the complexity of the facility in which the rescue operation is to take place.

Depending on where the fire occurs in the facility and what is on fire, the conditions may vary for different kinds of operation. Thus, there is a great need for guidance with regard to risk assessment and the decision-making process regarding the choice of method. Different facilities require different solutions depending on their location in Sweden and the resources of the individual fire and rescue service organisation.

Constructions (TMU) project was initiated to support the development of knowledge of fire and rescue services, and ran between 2012 and 2014. The purpose of the TMU project was to develop tactics and methodology to facilitate rescue operations in underground environments.

Fighting a fire in an underground environment requires planning, tactics, technology, and knowledge about what is on fire.

Moreover, the results are useful to regional administrative boards in their capacity as supervisory authorities, to the Swedish Work Environment Authority with regard to work environment issues related to smoke diving operations, to owners of facilities in their systematic fire prevention efforts, to fire and rescue services in their roles during accidents, and to universities in their training of engineers. Others who may find the results useful are construction planners for large projects, police and ambulance personnel, researchers in the field of fires and tunnels, and the media during coverage of accidents.

The project has clearly shown the difficulties in performing rescue operations in underground constructions. The primary problems during a rescue operation are long distances, the limited supply of breathable air, difficulties in reaching the site in time, and the ability to survey the site and orient oneself so as to gain an overall perspective on the accident. However, the project provides several different solutions to many of the problems.

This article was supplied and published on Brandposten.