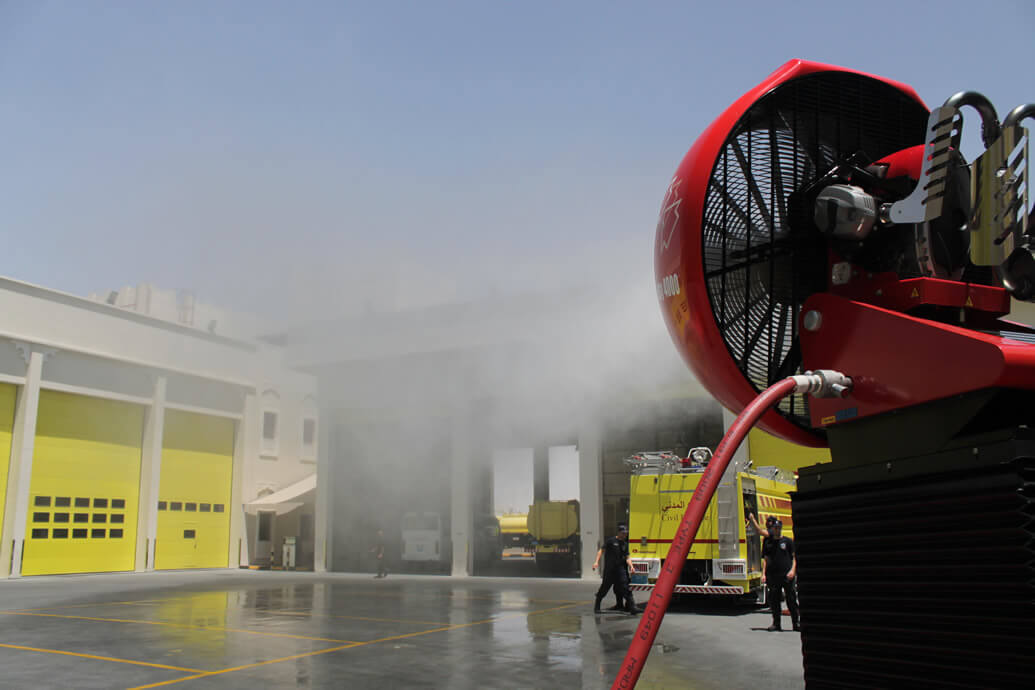 LEADER have been very busy recently, going all around the world to show and test their latest ventilation fans including the BATfan with the new NEO CONCEPT which uses Easy Pow’Air technology and the large flow ventilation fan EASY 2000.

These tests in full scale, carried out in underground car park with 5 levels, have demonstrated the effectiveness of our large flow fan:

To realize this smoke extraction, the EASY 2000 was positioned in extraction at the exit of the parking and both electric fans PARK FAN 80 were used as relay fans at the lower levels to facilitate the evacuation of smokes.

All of these firefighters (from 2 different fire departments) were impressed by the ease / speed of implementation of the EASY 2000 which is both compact and powerful. A real upgrade compared to the older equipment they currently use!

Successful demonstration of BATfan in Finland!

October 2015, fire extinguishing tests were performed at the national training center of KUOPIO by our distributor KULMALA.

During this day, several extinguishing equipment were used and a demonstration of BATfan, portable battery fan, was conducted for the extraction of smoke from a burning building.

The participants at this demonstration were very impressed by the compact, autonomy and power of this portable battery fan.

An optimal combination of GRILLE, PROPELLER and SHROUD allowing to the LEADER fans get up to 20% greater flow rate, for unrivalled power in their category!

The synergy between their technology and their aeraulic design significantly boosts the performance of the 420 mm diameter petrol-driven, electric, and water-driven fans of the LEADER range.

The NEO concept provides operational advantage for the firefighter as he employs compact and lightweight fans with performances until now obtained by the higher category fans.