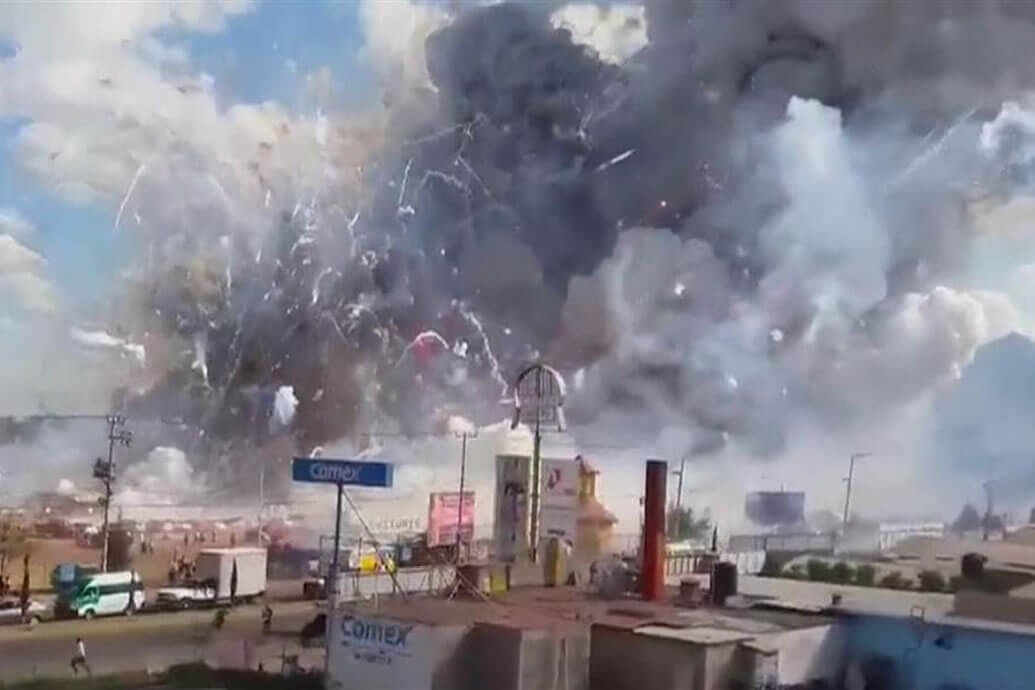 “Smoke explosions happens when a large buildup of smoke becomes very hot inside a room, and the whole cloud ignites all at one time,” said the County Fire Marshal. “A flashover is pretty much the same thing without smoke.”

Is a quote by a County Fire Marshal investigating the LODD of two California firefighters ….

But is this statement true? Well not exactly …. here are some important points to consider …. 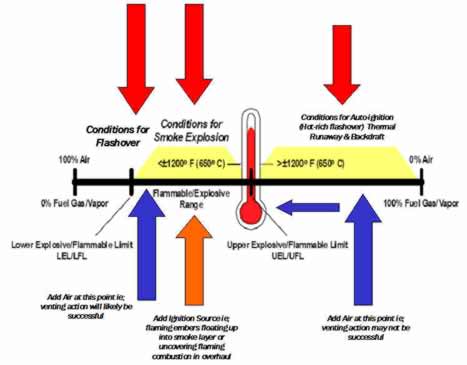 Paul Grimwood Reports on several incidents that have caused serious life losses – There is a definite common factor that has so far been over-looked – The WHITE SMOKE WARNING!

An incident in the UK in 2004 where two firefighters lost their lives reiterates our previous warnings on ‘white smoke conditions’ as a classic warning sign for an impending SMOKE EXPLOSION.

A basement fire had developed slowly with ‘average’ amounts of heat to create smoky conditions throughout the four storey structure. First responders reported a small amount of whitish/greyish smoke coming from an upper floor window. As the fire progressed it became clear that pyrolysis products were forming at all levels in the structure as white smoke began to emit from all openings.

After just over an hour on scene the white smoke suddenly darkened as the fire became under-ventilated, whilst an ignition of the accumulated fire gases on the ground floor simultaneously occurred as fire reportedly broke through the floor at the rear of the premises. The Fire Gas Ignition (FGI) trapped the two firefighters who had been attempting to reach the basement to tackle the fire. A venting pathway created on the top floor just e few seconds prior to the smoke explosion is also suggested as a possible catalyst in creating the inertia leading to unfavorable air movements within the structure. 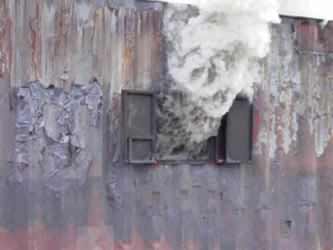 It is well established and documented that white smoke conditions may well offer a warning sign of an impending smoke explosion. The possibility of such phenomena originating in compartments adjacent to, or some way from, the fire compartment itself is also known. It is part of carbonaceous CFBT training sessions for instructors to point out how pyrolysis products present themselves as ‘white smoke’ early in the live burn. This is seen quite clearly as the fire heats the wood fibre boards causing white smoke to form a highly flammable gas layer in the overhead, eventually igniting as the gases mix in proportion to available air within the compartment.

John McDonough writes in ‘3D Firefighting’ – ‘When the temperature is too low to support flaming combustion, or when oxygen levels drop below 15%, the fuel package breaks down (pyrolysis) with out active flaming and most of the carbon remains on the material. This produces a lighter colored smoke. It is important to realise that as the fire develops, heat will be transferred to neighboring compartments, which can result in pyrolysis of the contents and an accumulating of white smoke, which contains a very high percentage of unburnt fuel. As a general guide; Lighter colored smoke often indicates that there is an accumulation of pyrolysis products due to increasing compartment temperatures. This is often seen in rooms or spaces adjacent to the fire compartment‘……… 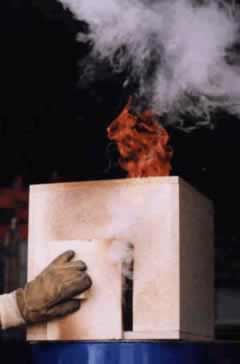 In his paper SMOKE EXPLOSIONS Sutherland reports how white/grey smoke was seen to precede experimental smoke explosions following a period of smouldering. He states on p47 how grey smoke turns white during the transition period towards unstable conditions. ‘Smouldering is seen externally as the production of thick white smoke’….(p50) (refer to fig. 6.15). He also describes how grey smoke signalled stage 2 and white smoke stage 3 in the gradual progression to stage 4 (smoke explosion).

The author (Grimwood) has repeatedly warned since 1991 of the explosive dangers posed by wood or FIB wall and ceiling linings and it is believed they played a major part in the accumulation of flammable pyrolysis products in this situation. These linings will emit dangerous volumes of white smoke when subjected to a slowly developing fire. Wood products contain large amounts of water vapor and sometimes formaldehyde glues which may increase the white smoke effect. Whilst not every white smoke situation is explosive by nature, any slow build-up of confined white/grey smoke conditions should always be take seriously. 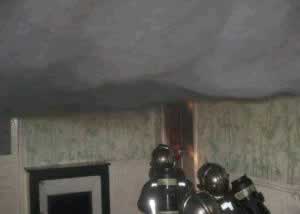 Perhaps one of the most well known fires where the existence of white smoke led to a major Fire Gas Ignition that killed 31 people was the 1987 KINGS CROSS underground railway fire in the heart of London. Paul Grimwood was a fire investigator working for London Fire Brigade at the scene of the fire and he remembers the repeated statements made by firefighters and other witnesses …. taken from the official London Fire Brigade report into the fire …. ‘wisps of white smoke were seen coming up from underneath the escalator’ …. ‘they walked up the central escalator past the smoke which was white’ …. ‘the two members of staff entered the upper machine room which they found full of white smoke’ …. ‘there were large amounts of white smoke building up under the escalator in the machine room’ ….’smoke was building up in the roof area of the booking hall’ …. ‘I looked up the escalator and could see a haze of smoke in the air’ …. ‘at 1937 hours white smoke was seen by a police officer coming from the street entrance to the station’ …. The fire had involved a large amount of wood and timber paneling on the wooden escalator involved. However, subsequent reports were unable to explain why the fire had developed so rapidly into the booking hall to kill so many people within a few short seconds. Did this ‘white smoke’ ignite in a fireball?

Firefighters must consider SAFE-ZONING approaches to handle such situations.

Finally a golden rule – the author (Grimwood) has proposed on numerous occasions since 1991 that no basement fire should be approached without adequate amounts of water! A 450 lpm attack hose-line is the minimum that should be taken into such a situation and this should be supported at the earliest opportunity by a second line (of equal or greater flow) in support of, and back-up to, the fire attack team. If you are a fire officer responsible for the safety of your firefighters you should ENSURE this is the case at every basement fire!

‘A basement or cellar fire is a prime example where a twin-line fire attack should function. The purpose of the secondary line in a basement is to cover the advancement of the primary hose-line. Basement fires are renowned for their lack of ventilation openings, often prompting a hot fire with the potential for smoke explosion. For these reasons alone I prefer the secondary line to be a 45mm (minimum) line with a 12.5 mm nozzle, just to give that added punch while maintaining some maneuverability. At ALL basement fires do not hesitate to lay out that secondary support line at street level as soon as you can, ready for its location behind the main attack line as soon as manpower allows. High-piled storage in basements may promote much deep-seated burning, requiring a main-line stream to penetrate the fire’….

How many firefighters would be alive today if this advice had been written into SOPs covering such incidents?