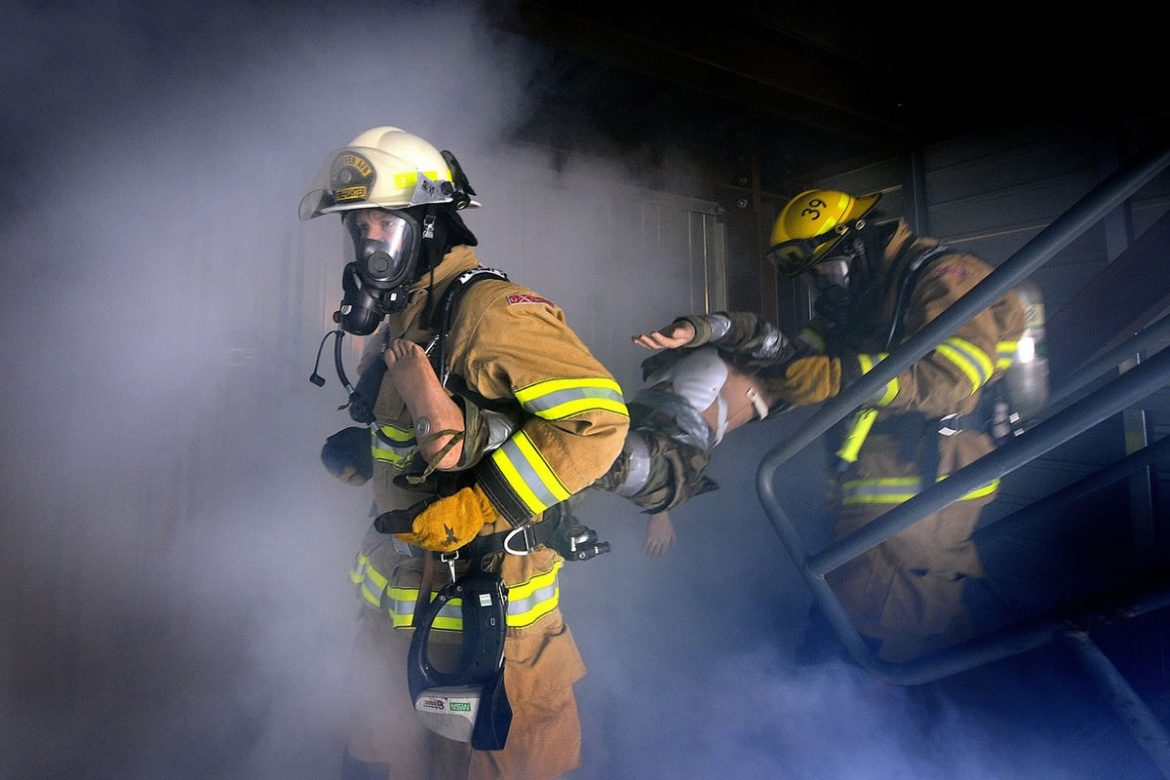 Paul Grimwood’s three-year research project into the impact of mechanical smoke ventilation and Smoke Control in Corridors on corridor fires, supported by Kent Fire and Rescue Service, was presented to the ‘EuroFire’ conference in Paris that was attended by over 500 eminent fire engineers from around the world. The study looked at how 14 different systems involving natural; extract; smoke flushing using smoke shafts and AOVs, as well as stair pressurisation systems, were currently being configured in UK residential buildings to remove smoke entering the corridor from a fire involved apartment.

Several corridor flashovers have previously resulted in the deaths of multiple firefighters in St. Petersburg, Russia (9 firefighters) 1991; Vandalia Avenue, New York (3 firefighters) 1998; followed by Neuilly-sur-Seine, just north of Paris 2002 (5 firefighters). There are many other recorded fatal incidents where firefighters have been overcome by fire, heat and smoke whilst attempting to reach the stair in long corridors.

In most cases stairs had been removed, leaving non-compliant escape travel distances. The smoke was then directed out through an AOV (automatic opening vent) in the exterior wall, or via a smoke shaft exiting at roof level. This type of system was also finding its way into hotel and office buildings. To enable direct comparisons across a broad range of system configurations in both 15 and 30-metre-long corridors, an under-ventilated fire was utilised to model the various ventingconfigurations that created hazards for firefighters occupying the flow-path using the desktop NIST CFAST zone model.

The study used data that the National Institute of Standards and Technology (NIST) had produced for a computer model of an apartment fire in New York City. The objectives of the research were primarily to compare the impact of various smoke control systems on flow-path effects that might expose firefighters to a wide range of fire conditions in the access corridors/hallways, to help establish some design parameters and firefighting tactics to counter each possible scenario.

In March 1994, the New York City Fire Department (FDNY) responded to a fire in a three-storey apartment building in Watts Street, Manhattan. On arrival, there were little signs of fire. Firefighters were deployed to the first floor and into the stairs above the fire apartment. When the door to the first-floor apartment was forced open, a flow of warm air (<100oC) issued from the apartment, which very quickly turned into a large door flame transporting into the hall and up the unprotected stairway (flow-path), engulfing three firefighters at the second-floor landing. The flame persisted for some 6½ minutes, resulting in their deaths.

FDNY requested the assistance of NIST to model the incident in order to understand the factors which caused such an event. The NIST CFAST model was able to reproduce the observed conditions, and supported a theory of the accumulation of significant quantities of unburned fuel from a vitiated fire in an apartment which had been insulated and sealed for energy efficiency.

The inputs from the NIST/FDNY underventilated fire model were combined in CFAST with extended corridors coupled with a range of mechanical smoke ventilation systems (MSVS) and the results demonstrated how each system configuration performed against ‘open apartment door’ scenarios as firefighters began their attack on the fire.

The research was used to support specific design guidance where smoke control is used as a compensation for extended length corridors. There are established tenability levels for firefighters that are of course, different to those for occupants, that fire engineers should take into account during the design process of a smoke control system. The Smoke Control Association’s (SCA) Guidance (2015) for the design of smoke control systems in extended length corridors, that compensate for the removal of additional stairs, offers information in how systems should be designed and configured to support effective firefighting and rescue operations. One of the most critical factors is for the corridor smoke flow (flow-path) to be directed away from the firefighter’s access stair, either towards a smoke shaft or external wall vent. A firefighting override control panel is also needed to enable firefighters to control the flow-path to their tactical advantage.

Where the building design follows BS9991 or, where the regulator is willing to accept a proposal that travel distances from the furthest apartment entrance door to the staircase door do not exceed 15m, and the building is provided with residential sprinklers, then irrespective of building height it is considered appropriate for the smoke ventilation system to meet the same performance criteria as a system provided for a building where the travel distance from the apartment of fire origin to the door to the staircase does not exceed 7.5m.

Where sprinklers are not provided and where the travel distances from the apartment to staircase or sterile lobby are over 7.5m but do not exceed 15m, the performance objectives of the system are to maintain the staircase relatively free of smoke and to ensure the designer’s specified tenable limits for means of escape are met within the corridor. Additional performance objectives for protection of firefighters (tenable limits for firefighting) are also required. Further provisions for fire-fighting access, such as fire-fighting shafts, may be required. Note: generally, natural ventilation is not appropriate for corridors of this length, so the system provided should be mechanical.

As an alternative to a mechanical smoke ventilation system, sprinklers to the apartments and natural ventilation may compensate for the extended travel distance to 15m.

Where the travel distances from the apartment to staircase or sterile lobby exceed 15m, the performance objectives of the system are to maintain the staircase relatively free of smoke and to ensure the designer’s specified tenable limits for means of escape and Fire Service operations are provided within the corridor. This may necessitate discussions with the Fire Service and regulatory authority having jurisdiction (AHJ), prior to design or installation of the smoke control system, to ensure the system performance allows the operational requirements for fire fighters to be met, irrespective of building height.

It is recommended in the guidance that extracting (or directing) smoke away from the stairs should be the default position where travel distances are in excess of 7.5m. This will normally result in the extract shaft(s) or outlet vents being positioned remote from the stair. Any proposed deviation from this important design objective should be discussed with the regulatory authorities at the earliest instance.