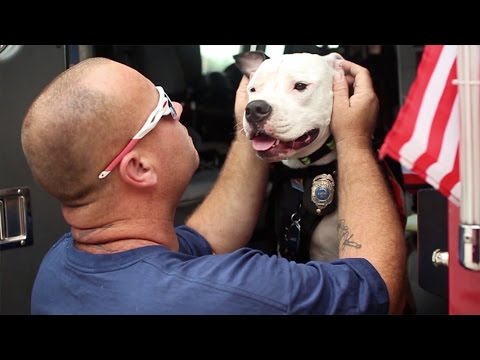 A great story about a rescue dog, Jake, who was a victim of a house fire but was thankfully rescued by Bill and others from Hanahan, South Carolina Fire Department. After being rescued, Jake was taken to a local clinic for treatment. Bill adopted Jake and the two formed an incredible bond. Jake is a fighter and a survivor. After such an ordeal, he found a new home and became an official Firefighter thanks to the Mayor.

View a guide on tactical vests for dogs.

Keeping fire on the political agenda