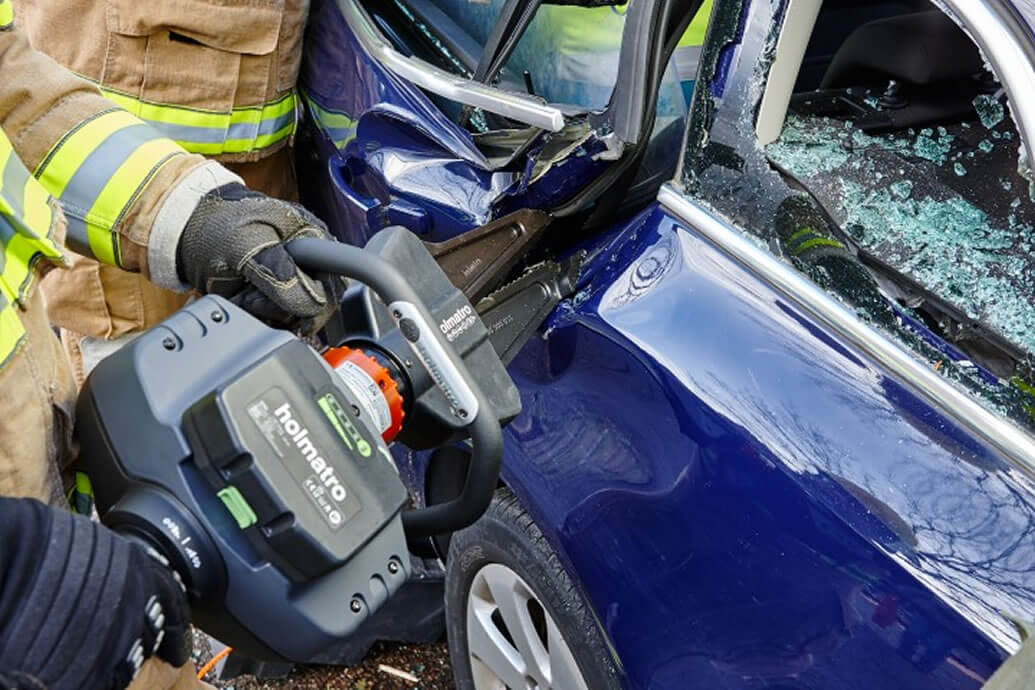 In my experience Rapid Intervention in Vehicle Extrication seems to mean different things to different people and is often confused with rapid extrication (the rapid removal of a casualty from a vehicle for medical or safety reasons); something very different in my view.

There is little (if any) reference to the concept available in literature or standard operating procedures and it is not reflected in the Team Approach to road traffic collisions. As the use of Rapid Intervention is increasing as a concept, it seems entirely appropriate to offer a definition, apply some rationale and introduce a method that assists with pre-planning, training and implementation.

‘A two-stage response to vehicle extrication initially using specifically chosen resources to establish a safe system of work, prior to gaining access to the patient. The arrival of additional resources facilitates extrication with the completion of the Team Approach.’

Some fire and rescue services provide a two-stage attendance to road traffic collisions. The Rapid Intervention response will usually arrive in the form of a smaller, often specially designed vehicle which carries strategically chosen equipment, including hydraulic rescue equipment (e.g. with combi tools) and a reduced number of personnel. Their role is to ensure a safe system of work (strategic planning) is established before commencing the Team Approach and gaining patient access on scene. The Supplementary Response provides support with additional personnel and equipment (dedicated cutter/spreader and ram) to complete the extrication. 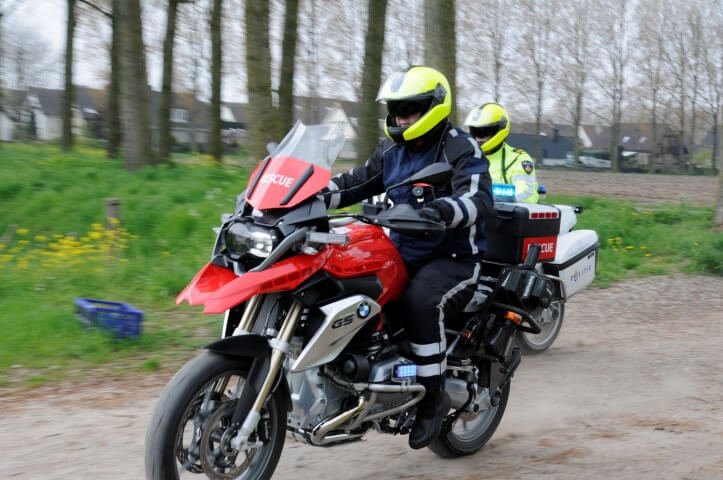 The Rapid Intervention response will usually arrive in the form of a smaller, often specially designed vehicle carrying strategically chosen equipment, including hydraulic rescue tools. Of course it can also be a motorcycle.

What do we learn from this model?

The Rapid Intervention response will usually mean there are less tools, equipment and personnel available in the early phases of the rescue. Despite this, the same rules still apply and the Team Approach should be followed as far as practicable with the resources available. Due to the use of smaller vehicles the choice of tools and equipment for the rapid intervention attendance is crucial; size and weight is important whilst still ensuring that you have the necessary equipment to perform the required tasks.

We know that once stabilisation has been completed the main priority is gaining access to the patient. This allows a full primary survey to be completed and the degree of entrapment to be established: vital information to formulate the extrication plan. In terms of hydraulic extrication equipment, the combi tool is ideal for rapid intervention as it provides both spreading and cutting capacity and will allow the rescuer to gain entry through doors (if the vehicle is on its wheels or its roof) and through the rear hatch (if on its side or roof). Of course there is now a wide choice of combi tools with varying power sources i.e. battery powered, hand powered or standard hose/pump configuration (with the ability to also utilize a battery powered pump). Another advantage of combi tools is that they will save weight and can weigh far below 10 kg / 22 lb.

Other equipment may include a ram for space creation and a mini cutter which is ideal for removing pedals and head restraints. In addition to this, smaller assist tools are required to complete tasks such as peeling and revealing (removal of interior trim) prior to the space creation phase.

Rapid Intervention, based on the Team Approach method used in attendance to road traffic collisions, includes a two-stage response, splitting up the Team Approach based on the personnel and equipment that is likely to be on scene initially, i.e. before the arrival of additional resources. The model below gives you an idea of what this two-stage response would look like. 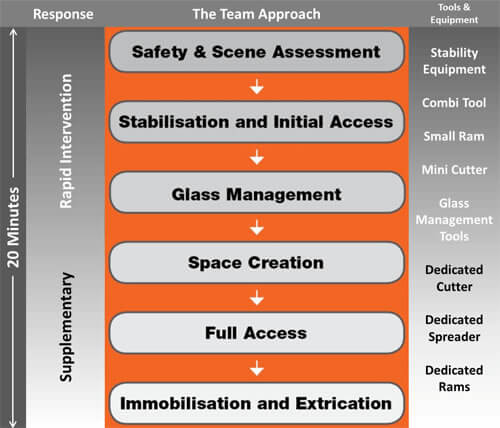 The implementation of the concept as described above means that rescuers have to be aware of the role they play in the Rapid Intervention response and should pre-plan and train accordingly. The splitting of the Team Approach allows crews to develop a strategy and train for a two-stage attendance; it provides a clear illustration of what is expected by the Rapid Intervention and Supplementary crews.

Although the approach is identical to a standard attendance (i.e. the Team Approach) the dynamic on scene will be subtly different due to reduced numbers of personnel and a smaller equipment set. The on-scene objectives of the Rapid Intervention response should be fully communicated and understood and if the incident is more complex (multiple casualties, multiple vehicles or restricted access) then it may be that creating a safe area, performing stabilisation, gaining access and establishing casualty contact is all that can be achieved prior to the Supplementary crew arriving. It is critical that Incident Commanders identify priorities and allocate their limited resources appropriately (this should also include a triage where there are multiple casualties involved). When extra personnel do arrive, safety critical information along with any plan that has been formulated must be communicated and the crews must immediately ‘gel’ to allow seamless integration and timely progression of the extrication.

Remember that just like with any other incident, an initial appraisal of the scene may mean that additional resources are required (in addition to the oncoming Supplementary response) and these should be ordered as soon as possible. Conversely, it may be that due to the time critical nature of the patient’s injuries the Rapid Intervention crew must extricate immediately in order that the appropriate medical interventions can be performed. Finally, the concept should be integrated into multi agency training to ensure the most effective on-scene working relationship with police and ambulance services.

Rapid Intervention is often talked about but rarely defined. It is becoming more common in many parts of the world and it provides Fire and Rescue Services with a different option for deploying personnel and equipment, whilst at the same time changing the type and size of vehicle that responds in the first instance. This change often calls for small, lightweight yet powerful tools and rescuers must be familiar with their use for gaining access to the patient.

The Team Approach still applies, although Rapid Intervention means less people and equipment on scene in the early stages of the rescue. This requires a subtle adaptation of our thought process and crews must become familiar with the change in dynamic this approach brings. They should be aware of the clear objectives of the Rapid Intervention response and Incident Commanders must identify immediate priorities, brief the crew accordingly and oversee the arrival of additional resources to ensure continuous working. Finally, it must be remembered that such a model must incorporate multiple agencies on scene and it cannot extend extrication times: 20 minutes (or less) is still the aim and all extrication plans and activities must be guided by the dynamic condition of the patient.