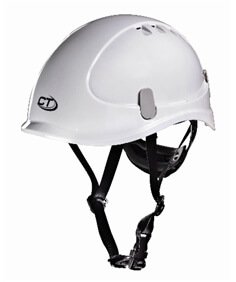 New research published in Journal of Occupational and Environmental Hygiene (JOEH) suggests that fire departments can reduce stress on firefighters by signaling emergencies with alarms that gradually increase in intensity instead of sudden, full-volume alerts. The article, “Effect of Station-specific Alerting and Ramp-up Tones on Firefighters’ Alarm Time Heart Rates,” comes on the eve of the 35th Annual National Fallen Firefighters Memorial Weekend, Oct. 8–9, which honors firefighters who died in the line of duty during the previous year.

Authors James J. MacNeal, David C. Cone, and Christopher L. Wistrom note that of the 97 firefighters killed in the line of duty in 2013, 32 died from overexertion, stress, and related medical issues. In the last five years, heart attacks accounted for two-fifths of on-duty deaths. Previous studies have established that firefighters are more susceptible to heart attacks when responding to emergencies versus non-emergencies.

This study was conducted over three months and involved 42 firefighters at an urban three-station fire department. Firefighters participating in the study wore devices on their wrists that measured their heart rates. Researchers analyzed participants’ heart-rate increases in response to standard alerting—the sudden, high-volume alarms—and to alerts that gradually “ramp up” the audio volume. Study results showed that standard alerting caused a median increase in heart rate of 7 beats per minute (bpm), while the ramp-up tones caused a median increase of 5 bpm. In a post-study survey, participating firefighters indicated a strong preference for the ramp-up tones.

“Ramp-up tones were also perceived as the best alerting method to reduce stress during both the day and overnight,” the authors write. “This study suggests that the manner in which firefighters are alerted does have an influence on their physiologic response to the alarm.”

Over several months, the method by which responders at a fire department were alerted was altered. Firefighter heart rates were measured first with standard alerting as a control (phase 1: all stations alerted simultaneously, with high-volume tones). The department then implemented station-specific (phase 2) and gradual volume ramp-up (phase 3) tone alerting, and heart rate increases were compared. The Fatigue Severity Score was used to examine firefighter fatigue, and the department administered a follow-up survey on personnel preferences.

Small but significant decreases in the amount of tachycardic response to station alerting are associated with simple alterations in alerting methods. Station-specific and ramp-up tones improve perceived working conditions for emergency responders.

Read the full study in the Journal of Occupational and Environmental Hygiene. Please contact Mark Nicas, PhD, CIH, EditorinChief of JOEH, at mnicas@berkeley.edu with questions or comments.