PPE for the world’s female firefighters 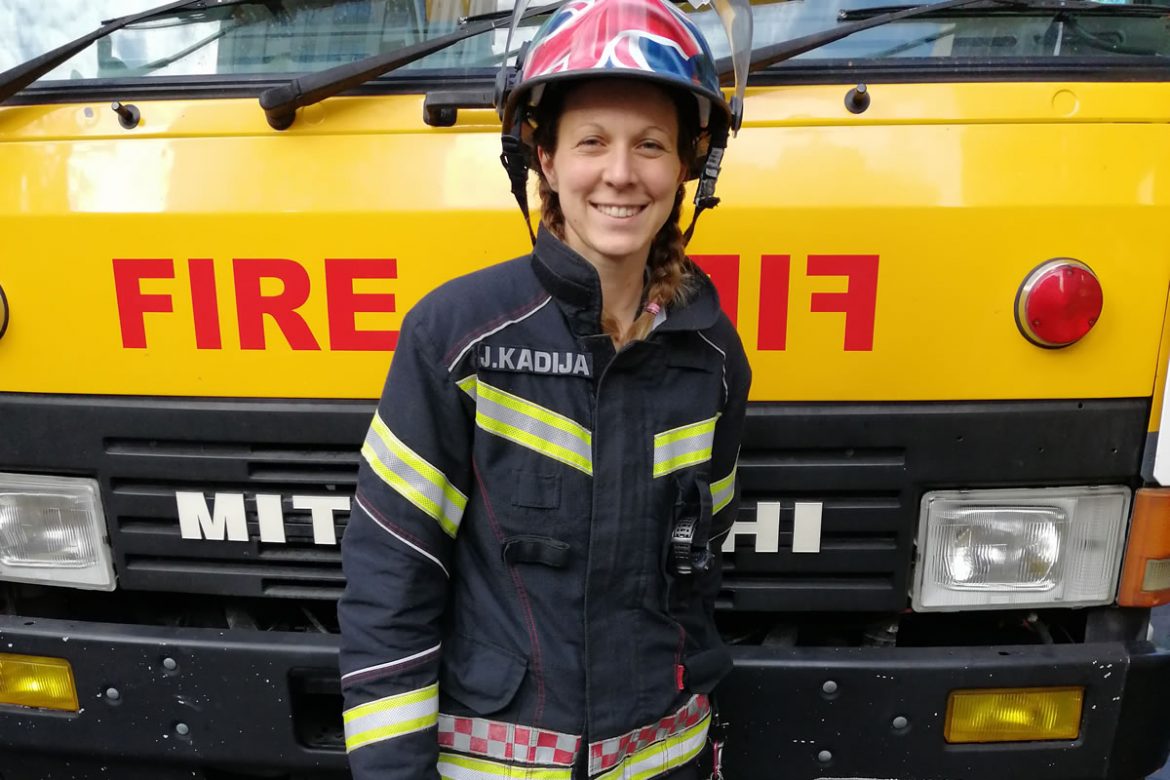 Roger Startin, Joint Managing Director of Bristol Uniforms, looks at the evolution of PPE for female firefighters across the globe.

There are many examples of heroic female firefighters throughout history, coming from all corners of the globe. Female volunteer firefighters and brigades played an important role in many countries during World War I. Similarly, thousands of women were recruited into the national fire services of countries such as the UK, Australia, New Zealand and Germany during World War II.

However, it was not until the 1980s that women began to be formally admitted into many national fire services, during peacetime and on an equal footing to men. In 1981, Elizabeth England and Anne Barry completed the NZFS recruit course, becoming New Zealand’s first female career firefighters. The first full-time female firefighters to sign up in the UK were Josephine Reynolds and Sue Batten in 1982. In the Balkans, Katica Kaja Valecic is thought to be the first professional firefighter in the old Yugoslavia, working as a volunteer firefighter from 1969 and achieving a professional role in 1984. Further afield in Australia, official limits on women joining the fire service were removed in 1984, with four women joining New South Wales Fire Brigade as the first Australian female career firefighters in 1985.

As a clothing manufacturer for over 200 years and a specialist firefighting PPE manufacturer for the last 60 years, Bristol Uniforms has a long history of providing protection for male and female firefighters across the world. When the first professional female firefighters began to join up throughout the 1980s, Bristol supplied bespoke, made-to-measure sizes on request to fire services needing kit for female crew members.

By the 1990s, the number of female firefighters across the globe was increasing, and so were the requests for sizes to fit them. Bristol Uniforms soon identified a need to introduce female sizes as a standard offering. In 1998, we became the first UK manufacturer, and one of the first in the world, to offer standard female sizes for structural firefighting PPE. 21 female sizes were created as part of our Wessex range to match the male offer, which increased to 28 sizes for both men and women by 2000.

In 2002, Dr Mandy Stirling published her ground-breaking Anthropometric study. It demonstrated that female firefighters require different sizes, styling and designs in order to receive the best protection from their PPE, and gave a series of recommendations on how PPE should be adapted to suit the female form. Bristol had already introduced standard female sizes to the market by this stage and was reassured that its kit met with the recommendations, but nevertheless studied the report closely and used it to make adjustments and refine its styles. Soon after, in 2003, we launched our Ergotech and Ergotech Action ranges: a new generation of lightweight PPE, incorporating the latest fabrics on the market, offering 28 sizes as standard for women and 28 for men. Updated versions of our Erogtech Action range remain popular today amongst many fire and rescue services across the world.

The 2002 Stirling report also led to the introduction of the female test manikin, SOPHIE (System Objective Protection against Heat In an Emergency), commissioned by the Health & Safety Executive in 2006. Crucially, PPE could now be tested on a female form to ensure full protection for both male and female body shapes.

By 2007, Bristol Uniforms completed an Equality and Diversity offering as part of its tender submission for the Integrated Clothing Project: the UK’s first collaborative procurement scheme for firefighting PPE. The outcome was a full range of clothing for female and male firefighters, with all female clothing manufactured by Bristol based on anthropometric surveys and cut from specially developed blocks to conform specifically to female physiology.

Bristol’s subsequent PPE ranges for both UK and international markets have continued to offer provision for female and male firefighters. The XFlex structural firefighting range with its ergonomic PPE design and distinctive sports styling, provides a full range of PPE in both male and female sizes, as does Bristol’s range for the UK Collaborative Framework, launched in 2017. EOS, Bristol’s brand new state-of-the-art structural range, offering advanced protection, ultra-flexibility and superior strength, also comes in 28 sizes for both male and female firefighters.

Although the numbers of female firefighters across the globe are still relatively small, they continue to steadily increase as perceptions and opportunities change. A report recently published by the UK Home Office shows that 6.4% of UK firefighters are now women, compared to 3.6% ten years ago.

In Germany, there are around 30,000 career firefighters and more than a million volunteer firefighters, but very few of them are women. Uwe Raschel is the owner of Fritz Raschel Feuerschutz GmbH, our distributor in Germany. He comments:

“In Germany, across both the professional and volunteer services, less than 1% of firefighters are currently female. However, things are definitely beginning to change. There is now a greater emphasis on inclusion and diversity from within the fire services, and they are seeing much more interest from women wanting to get involved. I predict that the number will rise rapidly, perhaps even up to 10% in the next five years.”

“Numbers of female firefighters in New Zealand are still relatively low, but this figure is steadily increasing, and we are seeing more orders from customers requesting female sizes.”

Although figures are rising throughout much of the world, there are still some countries that prohibit women joining the fire service. In Russia, women cannot become career firefighters by law, although many volunteer. Similarly, the role is only open to men across some of the Middle East. However, this is beginning to change, with the very first female firefighters being admitted to Sharjah Civil Defence in the United Arab Emirates in 2018.

As time goes on, and more and more women consider firefighting as a career, it is essential that they receive not only equal opportunities in their job roles, but equal protection from their PPE. Ultimately, whether male or female, every firefighter deserves to have PPE that fits well, is comfortable, offers the best possible protection and enables the range of movement required to carry out a physically demanding role.