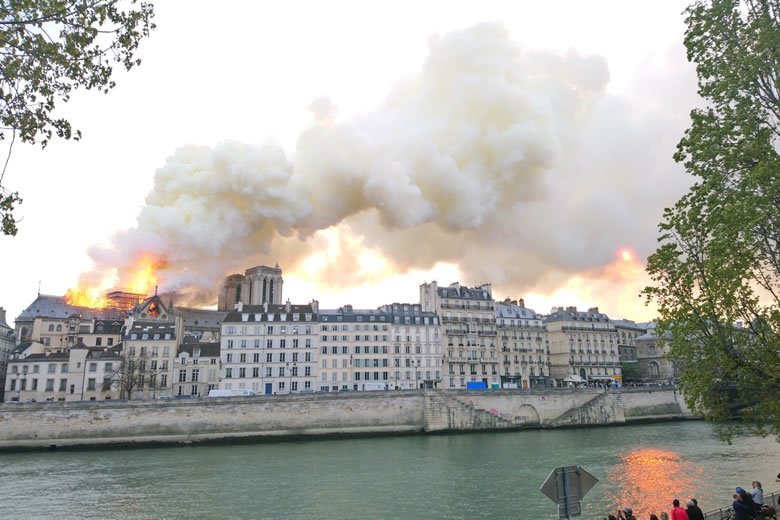 “The use of drones by fire services is nothing new, however the tragic incident at Notre Dame highlights the importance of this technology in improving the safety of firefighters, enhancing the effective targeting of firefighting efforts on a large-scale blaze and, most importantly, saving lives.”

This statement, from Robert Garbett, Founder and Chief Executive of Drone Major Group, the world’s leading global Drone and Counter Drone consultancy, comes in the wake of the tragic blaze at Notre Dame which destroyed the cathedral’s iconic spire and sections of its roof. The heroic efforts of the Parisian firefighters have been much-reported in its aftermath, alongside their use of drone technology to fight the blaze.

Commenting on the role of drone technology in the firefighting effort, Robert Garbett said: “Firefighters, desperate to quell the flames and preserve what they could of this historic landmark, looked to drones for safety and guidance. DJI drones equipped with delicate, yet powerful imaging devices helped to add information, insight and data to the strategy of the crews on the ground, while allowing them to keep a safe distance from the scene. Utilising images and livestream videos, the firefighters could remotely identify the most critical areas of the fire, the current status of infrastructure and, most importantly, where to focus their preservation efforts.

“Until now, drones in this role have largely been restricted to the use of small unmanned air systems (UAS) for surveillance, observation and intelligence gathering as well as for some larger scale dousing of fires in hard to reach locations. As the technology evolves, it is inevitable that fire services will become aware of the power of hybrid drones or, as they are sometimes called, multi-modal systems.

“Hybrids drones are able to operate in multiple environments providing a force multiplication in applications such as firefighting. Imagine a surface marine autonomous system – a drone which operates on the surface of the water – which can deploy a large firefighting UAS to tackle fires from either a river or lake close to the blaze, or at sea where it could be used to tackle remote fires on ships or oilrigs. Similarly, an autonomous vehicle – a drone which operates on land – fitted with a similar large autonomous or remotely controlled UAS could be rapidly deployed to a fire at a chemical plant, for example, where the presence of firefighters would be perilous.

“This is a natural application for drone technology and there are already companies developing systems for this purpose. While we are a way off from widespread adoption, it is inevitable that you will see more advanced drones systems being used by firefighters of the future. If we have learned anything from the tragic incident at Notre Dame it is that that firefighting drones, in combination of the heroism of firefighters, are the future of fire safety.”