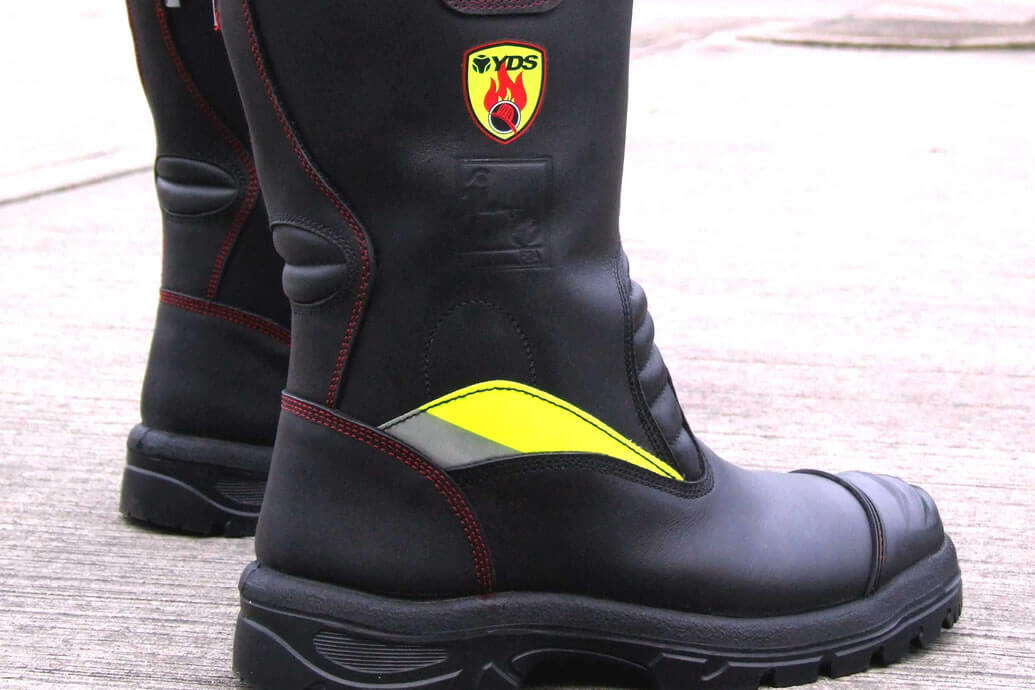 The region has selected the ‘Pluto’ and Talos fire boots which feature a dual density injected rubber sole technology, which because of materials and manufacturing process, gives the boot incredible upper and sole bond strength and durability in the harshest environments.  ‘Pluto’ uses the most advanced membrane system, CROSSTECH® fabrics manufactured by GORE, which protects the wearer from blood and body fluid penetration in combination with waterproofness, breathability and chemical protection.  Amongst the protective features is cut resistant material to the uppers and an L-Protection® textile nail-proof midsole to resist puncturing and lacerations to the boot.

Lindsey Savage, Purchasing Commodity Manager, from Merseyside Fire & Rescue Service said “following a full evaluation which involved wearer trials carried out over several months by firefighters across the region, the North West was very pleased to announce that the contract for both Pull On and Quick Release Fire Boots was awarded to Goliath Footwear. The products afford the wearers comfort and offers value for money whilst maintaining an excellent standard of safety”

Richard Habany, Sales and Operations Director for Goliath Footwear explained “We are delighted to be continuing the supply of YDS Fireboots to the North West region from our UK facility.  We work very hard to keep a strong communicative relationship with the North West team to make sure we are delivering the highest performing product and service in line with their expectations.’

Thousands of YDS fire boots are being stocked in the Goliath Footwear distribution centre in West Yorkshire ready to service the North West Region for the duration of the 3 year (plus 1 optional year) contract.