Nominations Open for The Spirit of Fire Awards 2018 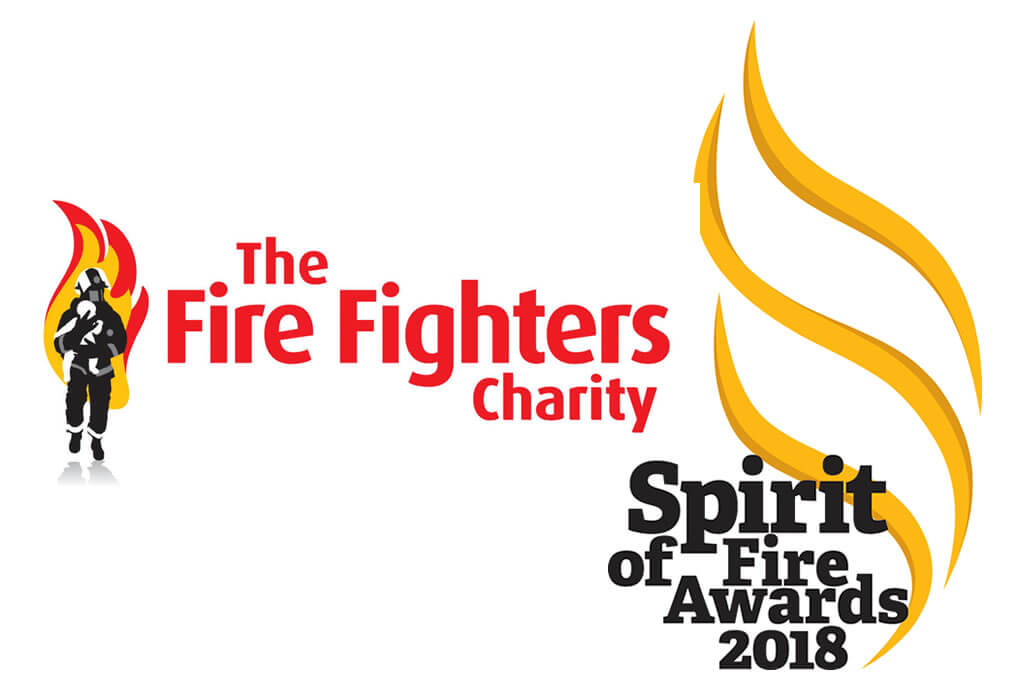 Nominations open for The Spirit of Fire Awards 2018 today, the prestigious awards ceremony held by The Fire Fighters Charity to recognise the support and dedication of members of the UK fire services community.

With awards covering 10 categories, nominations are open to anyone wishing to nominate an individual or team deserving of special recognition for all that they have achieved since the Charity’s last awards ceremony in 2015.

A highlight of the Charity’s 75th Anniversary celebrations in 2018, The Spirit of Fire Awards will be held at a central London venue in early summer, with more details being released by the Charity in due course.

Dr Jill Tolfrey, Chief Executive of The Fire Fighters Charity, said of The Spirit of Fire Awards: “We’re delighted to be holding a Spirit of Fire event in our 75th anniversary year and are looking forward to receiving nominations from all corners of the UK for our 10 awards. Anyone can nominate a friend, colleague or team for an award, but nominations are only open for around five weeks. So if you’d like to nominate then I’d urge you to do so today to ensure that your nominee is in the mix to get the recognition that they deserve.”

The Spirit of Fire Awards team will also assist with nominations to ensure that all are presented to the judging panel in the same format and to the same style and standard. Nominators are therefore urged to focus on ensuring the relevant facts and information are entered and not to worry about the quality or format of their nomination writing.

The extended deadline for nominations is midday on Monday 26 February, 2018

The Fire Fighters Charity is reliant on donations from the fire services community and general public to meet the £8.5m cost of operating its services for over 5,000 beneficiaries a year.