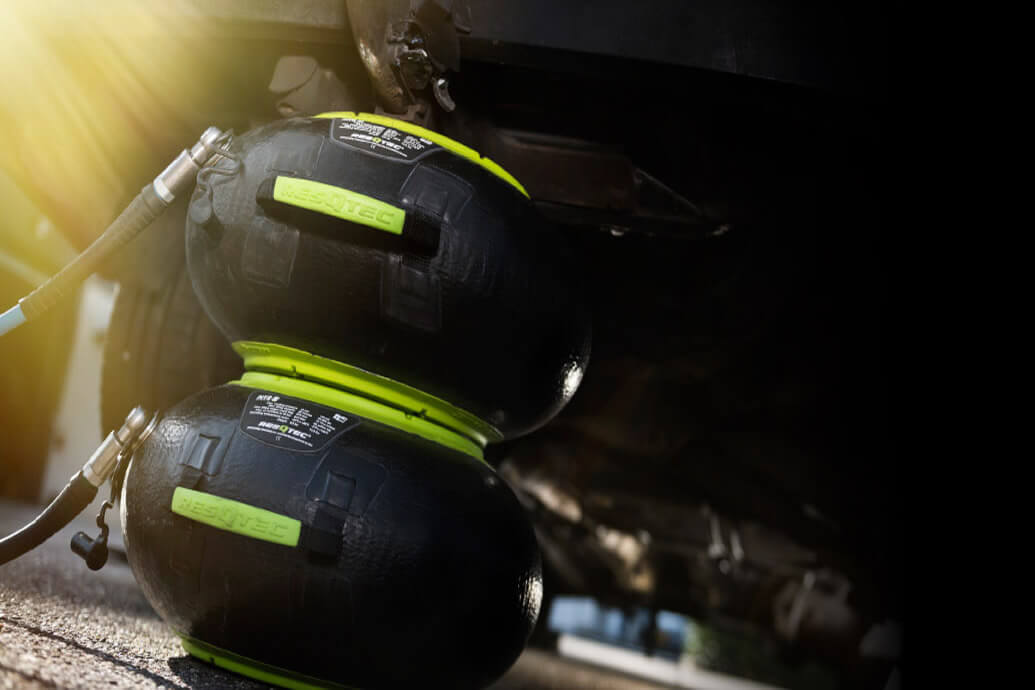 New developments in Airbag Technology now cushion occupants from more areas of the vehicle and increase safety in a crash. From an extrication perspective, new technology creates a new layer of challenges for rescuers although there are developments that reduce the likelihood of someone being harmed in a rescue scenario. We will look at some of these interesting developments and see why they are being introduced.

The airbag is best used in combination with wearing a safety belt, and can prevent injuries and fatalities in front-end collisions. Whilst traditionally designed to provide a cushion for adult-sized front seated passengers in a crash, airbags may be quite dangerous for the young, frail and elderly and pose a real challenge for rescuers. When a crash victim needs to be extricated from a vehicle un-deployed airbags can go off during the rescue and cause serious harm to victim and/or rescuer.

Side crashes currently account for around 37-40 per cent of car accidents. External airbags that pop up on the side of cars within 30 milliseconds could be available before the end of the decade. The bags will deploy from the sill beneath the doors in 20-30 milliseconds. Engineers are now working on radar and camera systems for the system.

Airbag suppliers, which have developed an array of airbags, side curtains and knee bolsters to protect front-seat occupants, are starting to design a new generation of airbags for rear-seat passengers.

TRW Automotive Holdings Corp. has unveiled two airbags, one mounted in the roof, and one in the back of the front seat, that could protect rear-seat passengers during a frontal collision.

“The new airbags are likely to debut in Europe, which has mandated crash tests for a dummy the size of a 6-year-old in the rear seat starting in 2016”, says Steve Peterson, TRW’s North American director for occupant safety systems engineering.

“Europe is a little bit ahead of the U.S.,” Peterson said. “We’ve got some customers in Europe that want to deploy a rear bag from the roof, and some from the front seat. We are studying this with several different customers.”

The airbag unit attaches to the roof above the windscreen. When it fires, instead of unfolding towards the occupant, the bag unfolds along the windscreen. This helps to restrain front seat passengers of varying shapes and sizes.

From an vehicle extrication perspective the new bag in roof raises some concerns when it comes to cutting into the roof of the vehicle, for instance when relief cuts are set in order to flap the roof down on a side resting vehicle.

The roof-mounted airbag consists of the folded airbag cushion, a gas diffusion channel and the airbag inflator, similar to the passenger dashboard-mounted airbag. Airbag inflators should generally not be damaged during extrication evolutions, so it is essential to know where airbag modules or remotely mounted inflators are mounted in the vehicle. Therefore, the Crash Recovery System will show the new airbag design and its location in the roof which will make it easy to identify the hazard zone and to avoid cutting into the airbag module.

Computer-operated dual deploy or dual-stage airbags can deploy at two speeds, or not at all, depending on information sent to the computer from sensors located in the seatbelts and front seats. In less severe accidents, airbags deploy at the lower first stage, usually about 70 percent of full force. In more severe accidents, both stages are deployed. Seat sensors in some systems also can detect the weight of passengers and deploy only if the occupant is above a certain weight – helping to prevent airbag-related injuries to a child or small adult. NHTSA required these air bags in all vehicles by 2005.

Side airbags are effective in preventing the driver and passengers from head injuries due to the rigid areas of the vehicle in side impact collisions. There are three designs of these airbags, a tubular airbag that inflates from the roof, a curtain design that employs from the roof or an airbag deployed from the seat, inflating forward and up.

A passenger sensing system is designed to help reduce the potential for inflation induced injuries or fatalities to smaller occupants, including children, who may be seated improperly in front of an active air bag. This advanced air bag system uses sensors in the seat to collect information that helps the air bag computer determine whether the front-seat passenger air bag should inflate in a frontal crash. The sensors gather information on the occupant’s weight and the type of pressure placed on the seat to help determine whether there may be a smaller occupant present who may be at greater risk of injury from a deploying air bag.

The system also uses a passenger-side belt sensor to measure how much tension is exerted by the seat belt when latched; another means of determining what may be on the seat.