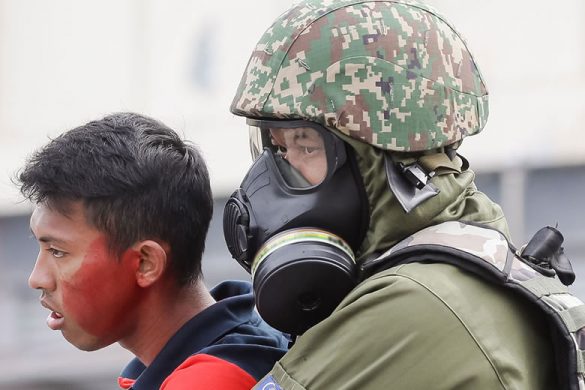 NCT Asia Pacific is coming to Seoul, Republic of Korea, for its third edition in the peninsula, organised in official partnership with the Korean Society of Chemical, Biological and Radiological Defense (KSCBRD) and the ASEAN Regional Mine Action Center (ARMAC). The event will kick start with a live capability demonstration led by the ROK Army CBRN Defense Command and will be followed by an international conference and industry exhibition in the field of CBRNe, C-IED, EOD and demining.

In these challenging times marked by the COVID-19 pandemic, it is essential to share experiences and best practices. The Republic of Korea has successfully led the fight against the virus and serves as an example for other nations in the containment of the virus. Being faced with the concrete threat of CBRNe weapons by its North Korean neighbor, the country is the regional leader in CBRNe defense.

Furthermore, the border between North and South Korea is one of the most heavily fortified zones in the world and buries close to a million landmines making it, together with other heavily mine contaminated regions in South East Asia, a challenge still to be solved. In addition to landmines, North Korea is thought to possess thousands of sea mines in his weapons arsenal, representing a threat to Naval Forces in the region.

At NCT Asia Pacific 2023 military, civil and industry stakeholders operating in the field of CBRNe, C-IED, EOD and demining from all over Asia, the USA and Europe will have the chance to gather in a three days event featuring a live capability demonstration, a conference stream and an industry exhibition showcasing the newest solutions to counter the threat of CBRNe, IEDs and mines.

The threat level in the region is not comparable to any other area in the world, requiring increased preparedness to non-conventional threats. Within this context, NCT Asia kick starts with a Live Capability demonstration from the ROK stakeholders. In the following two days, local, regional and international military and civil CBRNe, C-IED and EOD stakeholders will exchange knowledge and experience during the conference program, whilst leading technology providers will be showcasing solutions to the issues raised in the exhibition.

NCT will be coming back to Seoul for the third time, with more high-level speakers, civil and military first responders and regional partners to network and learn from one another. Join us, for the leading CBRNe event in the region.

Join us for the must-attend CBRNe, C-IED and EOD event in Asia of 2023, and get insight into the latest, relevant state-of-the-art technologies!

NCT CBRNE Asia Pacific will provide updates on CBRNe emergency preparedness and response approaches at various levels. The involvement of first response actors and military stakeholders will provide useful perspectives for all attendees against the background of existing CBRNe threat environments. With Tokyo hosting the 2020 Summer Olympics, the time is right to penetrate the Japanese market in order for Japan to be ready for this High Visibility Event.