Message in a Firefighting Boot 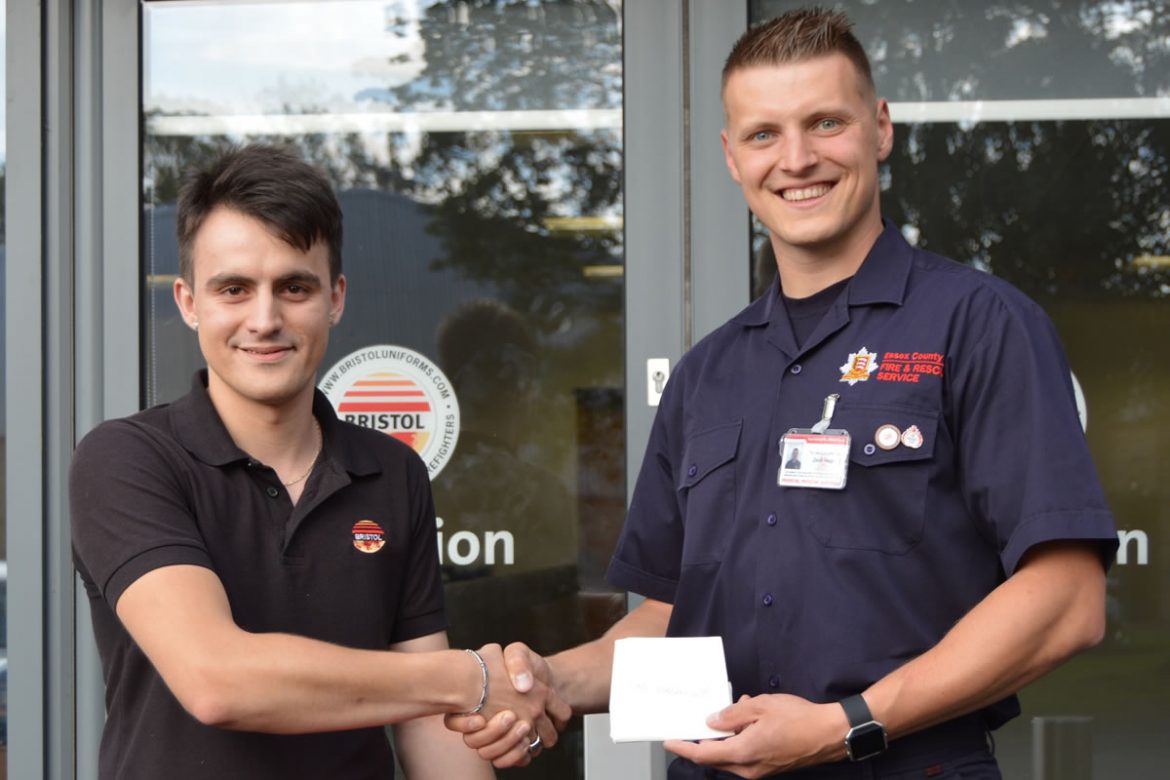 A firefighter from Essex Fire and Rescue Service had an unusual surprise recently when unpacking his new firefighting kit from PPE manufacturer, Bristol Uniforms to find a Message in a Firefighting Boot.

On opening his new boots, Zsolt Nagy came across a heart-warming, handwritten message that made him smile. On the packaging, in his native Hungarian, was written “Sok Szerencset”, which means “Good Luck”. He was so touched by the thoughtful gesture that he contacted Bristol Uniforms to try and identify the mystery writer.

Zsolt Nagy commented: “The message was a lovely surprise. At first, I struggled to read it as I assumed it was in English and it took me a few moments before I realised it was in my own language! It was a really heart-warming moment for me. Whoever wrote it made such a nice gesture, I was determined to find out who had sent it. I really wanted to express my gratitude in person, so I contacted Bristol Uniforms to see if they could help me trace them.”

Bristol Uniforms made some enquiries and made the connection that the person behind the mystery message must have been Vince Bartha. Although Vince usually works as a Cutting Room Operative at the company’s Central Cutting Unit in Yate near Bristol, he occasionally lends a hand in the nearby International Distribution Centre, helping to pack up kit when there are big deliveries to go out. His colleagues were aware that although he grew up in Romania, he is a Hungarian national and speaks both languages fluently.

Now that they had found the man behind the message, Bristol Uniforms’ Joint Managing Director, Ian Mitchell, arranged for Zsolt to deliver his own surprise by organising a meeting for the pair at the company offices in Bristol. Zsolt was delighted to meet Vince and gave him a cap as a gift along with a donation to the Firefighters’ charity. The pair discovered that they both come from the region of Transylvania, where there are many Hungarian native speakers, and grew up only 30 kilometres away from each other.

On his motivation behind the message, Vince Bartha comments: “I have a lot of respect for firefighters and the amazing job they do and I feel privileged to work for a company that helps to protect them by providing high quality PPE. When packing up Zsolt’s kit I noticed he had a typical Hungarian name and just wanted to show my support and wish him the best of luck. I never expected that someday I would meet him, I just wanted to help brighten his day.”

Zsolt commented: “It was fantastic to be able to meet Vince in person and thank him for his kind gesture. It really meant a lot to me.”