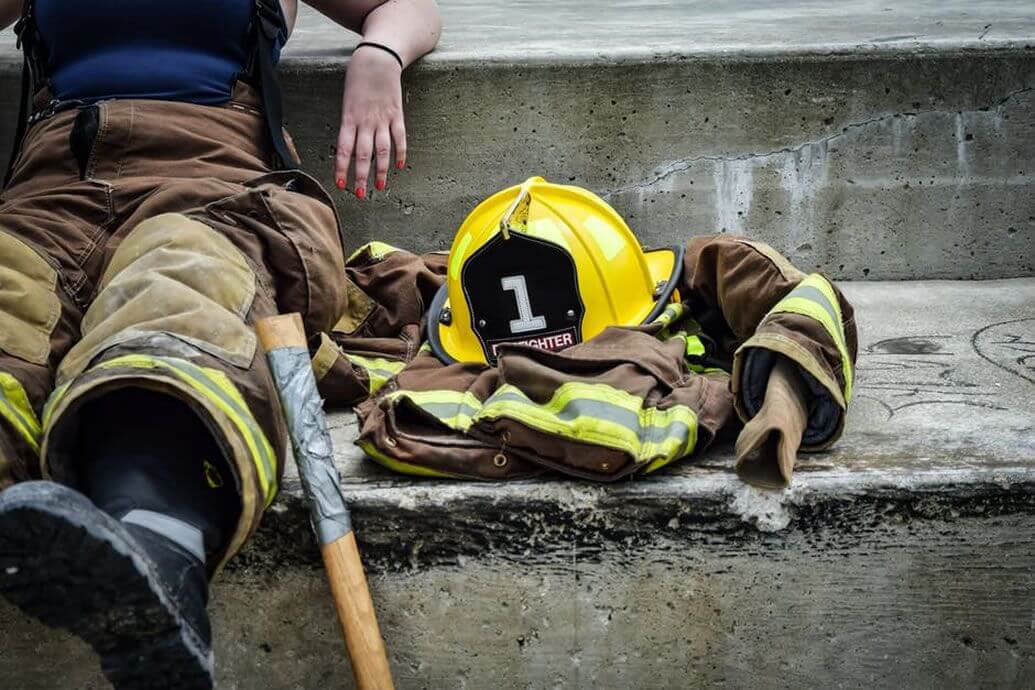 Mental health issues addressed at The Emergency Services Show at the NEC in Birmingham this week (20-21 September) as unions, professional bodies and charities will come together to lift the lid on mental health issues and share strategies for improving the well-being of emergency services staff.

A recent ‘blue light’ mental health survey by the charity Mind, showed almost nine out of 10 emergency service workers suffer some form of mental health issue and more than one in four have thought about ending their lives. In the new Health and Well-being seminar theatre at the show, visitors will hear personal stories from emergency responders who have experienced such challenges, and from those who are implementing change.

Dan Farnworth, Emergency Medical Technician with North West Ambulance Service will share his experience of mental health issues which resulted directly from an incident he attended. He has since co-founded the charity Our Blue Light and is helping to pioneer new ways to support and improve the well-being of emergency and essential service employees. UNISON will talk about the work being done in partnership with trade unions, ambulance and NHS employers to address key issues within the ambulance sector regarding the mental health and the well-being of staff.

Devon & Somerset Fire & Rescue Service will present a session on supporting fire fighters dealing with the emotional impact of Emergency Medical Response. Two psychological therapists from The Fire Fighters Charity will also be speaking. The Charity has a range of support services in place to help those affected by incidents like the Grenfell Tower including psychological rehabilitation programmes, recuperation breaks, and community-based advice, information and support. Sean Starbuck, National Officer for the Fire Brigades Union, will present a session entitled Fire Fighters’ Mental Health Matters.

Drawing on his personal experience of a significant nervous breakdown, John Sutherland Chief Superintendent at the Met Police will look at understanding the personal impact that police work can have on those who serve.

Delegates will also be updated on Oscar Kilo, the blue light well-being framework for all emergency services being developed by The College of Policing in conjunction with Public Health England. Chief Constable Andy Rhodes of Lancashire Constabulary, who initiated the framework, says: “Well-being is often just received as a ‘nice to have’ or an ‘add-on’ and not something that is, or should be, part of daily business. We need to get the message across that ‘it is ok not to be ok’ and it’s up to leaders and line management to do this.

“We are at the early stages of what needs to be a massive culture shift, not only for leadership and management to get better at addressing the issues affecting their workforce, but also in seeing a change in the way staff perceive and consider their own physical, mental and social well-being.”

Faye McGuinness, Blue Light Programme Manager at Mind will share useful ideas and tips on how to improve mental health and workplace well-being within the emergency services. Attendees can also learn how Humberside Fire and Rescue Service has implemented a Blue Light Time to Change pledge to end mental health stigma and discrimination in the workplace.

Simon Durance and Gary Hayes, co-founders of the charity PTSD999, will present a session entitled Time to Man Up. Former solider and police officer, Gary Hayes served on various different cases most notably the mortuary during the 7-7 bombings. He subsequently lost his job in the police force due to Post Traumatic Stress Disorder (PTSD) and very nearly lost his family. Co-founder Simon Durance, a former solider serving predominately in the Balkans and Northern Ireland and a former close protection officer to the stars, suffered with PTSD for over 20 years, and tried to take his own life 10 years ago. Together they will talk about living with and surviving PTSD.

David Brown, event director for The Emergency Services Show, comments: “The effectiveness of the UK’s emergency services depends not only on the training, equipment and technology they are provided with, but also on the way in which their physical and mental resilience is supported. Health and well-being is a subject which has got everyone talking and we are delighted with the collaborative response we received from the emergency services community in putting this new seminar programme together.”

Further advice on health and wellbeing can be found around the exhibition where visitors can speak to The Police Federation of England and Wales, Mind, The Fire Fighters Charity, Fire Brigades Union and Alzheimer’s Society among others. Visitors can also find out more about Combrick Relief, a collaboration of Lego Twitter groups, supported by Mind’s Blue Light Programme, which use Lego to “destress for the front line”.

Free to attend, The Emergency Services Show enables visitors to see and handle the latest kit and speak to leading training providers. It features over 400 exhibitors, live demonstrations of vehicles and equipment and a full programme of CPD-accredited seminar. Entry to the exhibition and seminars, as well as parking, is free. The NEC is linked to Birmingham International Station and Birmingham Airport and is directly accessible from the UK motorway network. To register for free entry visit www.emergencyuk.com