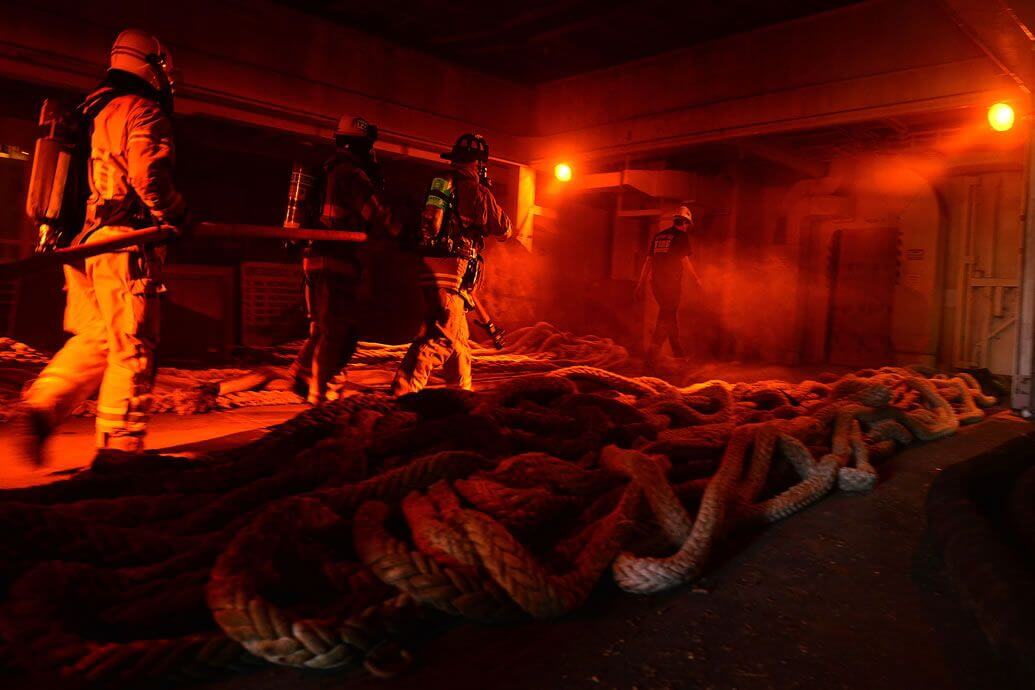 This article looks at marine fire fighting and some of the work that is currently being undertaken.

Fire brigades around the world have developed a range of specialisations to deal with the increasingly complex situations with which they are confronted in light of growing community expectation.

Urban search and rescue is one such example and few would argue its value. However, the marine environment poses special risks for land based agencies and in the context of increasing shipping, port throughput and value of cargo it is imperative that the question of community expectation and response be addressed. 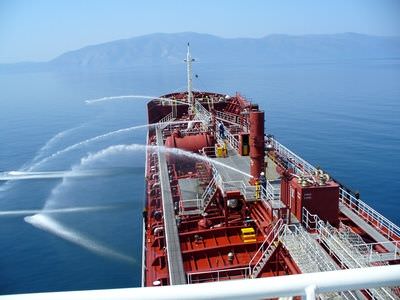 This article will touch on some of the work that is currently being undertaken in Melbourne, Australia and comment on a national approach for addressing the perceived disparity between expectation and reality of response.

To quote Infrastructure Australia 2010, “Australia is an island whose place in the inter-national economy and whose productivity, living standards and quality of life depend on trade performance. As a maritime nation, ports are an important gateway for goods and for our defence. Consequently, ports and associated infrastructure are of the utmost -economic and social importance to Australia”.

Ports represent interfaces between the sea and land where goods are transferred to and from ships. They require sophisticated infrastructure such as road and rail links with some ports catering for passengers. Ports can generally be categorised into bulk export, metropolitan (containerised goods) or mixed cargo sector ports. 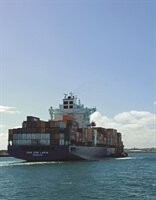 Australia has experienced increased shipping in spite of the global financial crisis (GFC) with exports to Asia accounting for more than 72 percent of export trade. In 2010, Aud$129.5 billion of trade was exported to Asia alone making up 11 percent of Australia’s gross domestic product (GDP). The GFC has seen economies all over the globe plummet into recession with economic growth stagnating. Australia has been largely protected from the economic downturn by mining industry exports that have continued to grow during this period. According to the Bureau of Infrastructure, Transport and Regional Economics, 2011: “In 2009 -10 there was a 14.4 percent increase in the total weight of exports and a 4.9 percent increase in the total weight of imports”.

The importation of manufactured goods has increased significantly over the past decade putting added stress on containerised ports throughout Australia. Record throughputs in containerised goods have been recorded in Melbourne, Sydney and Brisbane. The Port of Melbourne is the busiest of these ports and accounts for approximately 38 percent of Australia’s container trade with approximately 2.5 million six-metre equivalent units moving through its port annually. This growth is expected to -continue with Australia’s bulk commodity exports and metropolitan container imports expected to double in size every ten years.

Add to this increased visits by cruise ships and we begin to get a picture of an expanding and growing risk to fire service traditional land-based response models.

In January 2011 Australia’s Prime Minister and the Minister for Infrastructure and Transport released the National Ports Strategy aimed at creating a coordinated approach to planning for ports and their associated road and rail links. The Bureau of Infrastructure, Transport and Regional Economics (BITRE) prepared a report in 2010 that predicted maritime activity to 2029 – 2030. These two important documents provide the framework for future growth in the ports sector. Predictions are that vessel activity will increase across all sectors from a total of 27, 434 calls to Australian ports in 2007/2008 to 38,380 by 2029/2030. In economic terms this represents a significant increase from current values with a doubling in trade predicted every ten years.
Throughout Australia ports are increasing their size and capacity to meet current and future growth. The state of Victoria’s Premier recently announced an Aud$1.2 billion redevelopment of the Port of Melbourne that would ensure it had the capacity to meet future needs. This redevelopment includes the addition of another container terminal that will help cope with demand in the medium term as 72 percent of throughput is -containerised. The development across all jurisdictions in ports and their associated infrastructure continues in order to meet both current and future capacity.

Fire services deliver public value through the provision of emergency services to meet community and government expectation. They are an essential component of a safe and secure society and operate using traditional and known methods. Yet the task they face in dealing with the expanding maritime environment and associated infrastructure is enormous and will require considerable resources to ensure risks are mitigated.

This is made all the more challenging given recent budget cuts experienced by fire services across Australia. This presents what has been described as an “adaptive challenge” that offers the opportunity to change the approach and methodology of dealing with the issue. An adaptive challenge can be thought of as one requiring change to people’s current values to meet the reality with which they are faced. For example, new methods may be required rather than a reliance on the existing paradigms. 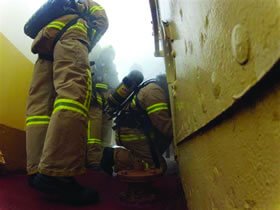 Fire services have traditionally approached ship fires as large complex structure fires and this can be a valid method for dealing with fires on vessels. However, ships pose special risks and require specialised knowledge and training to deal with fires effectively and safely. The United Kingdom’s Marine Incident Response Group (MIRG), a co-ordinated group comprising specialised firefighters drawn from 15 coastal brigades, classifies response to emergencies on board vessels into three categories; level 1 relies on using on board resources, level 2 relies on the ship’s master calling in fire service support, and level 3 relies on the use of salvage companies. However, the MIRG has recently had its budget removed as part of the United Kingdom’s austerity measures resulting in brigade intervention occurring only when ships are docked.

The International Maritime Organisation (IMO) is a peak body that is the United Nations’ specialised agency responsible for improving maritime safety and preventing pollution from ships. The IMO publish the Safety of Life at Sea (SOLAS) international treaty that specifies minimum standards for the construction, equipment and operation of ships, compatible with their safety. This includes specifying basic firefighting training for ships crews. Ships masters and senior officers are generally considered experts regarding ships under their command. However, there is a role for the fire service to play when incidents escalate beyond on-board capability. In these situations it is essential that the most appropriate actions are taken including consideration on the likely impact to operational ports. A joint approach that may include use of on board personnel could be beneficial.

Just as other specialised responses have been developed to meet public expectation brigades must now seriously consider marine response as an area requiring enhanced skills and equipment. The economic value of trade and the life safety risk posed by increasing cruise shipping operations is simply too high to ignore.

The MIRG in the UK is generally regarded as a model of best practice but, following its recent funding cut, a new model has been introduced whereby ships at sea are assessed and directed to a port of refuge without direct brigade action until arriving in port. Assessments are done by commercial salvage companies. No funding exists to maintain the coordinated fire service approach with the capability of boarding ships at sea to intervene.

The Metropolitan Fire and Emergency Services Board (MFB) has a legislated responsibility for fires and hazardous material incidents within Port of Melbourne waters that includes over 1000 square kilometres of Port Philip Bay. With limited waterborne capability of its own, agreements with towage operators have been in place for several years to provide firefighting services. However, port throughput has increased substantially over the past decade. Shipping and recreational traffic has also increased substantially as has the development of waterside marinas and apartments. Cruise ship visits have also risen to around 50 a year. 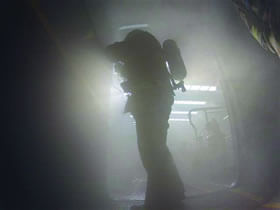 The response by the MFB has been to develop a capability in marine firefighting. In 2008 the Office of the Emergency Services released a report titled “Marine Emergency Framework Review”. This report made a number of recommendations for emergency services including: “that emergency services increase their capability/capacity to respond to marine emergencies by undertaking the necessary training, increasing their awareness of port and ship operations and ensuring knowledge of the roles/responsibilities of the relevant authorities and stakeholders.”

A specialised course in marine fire-fighting has been developed and is currently being delivered to experienced firefighters over a two-week period. This course adheres closely to NFPA 1405. The course includes a two-day component at the Australian Maritime College in Tasmania and will see over 100 marine firefighters trained. These firefighters will be placed at fire stations in close proximity to the port infrastructure around -Melbourne. Equipment and water-borne support for these firefighters is still under development with the intention of adding vessels to support operations.

The MFB has also appointed a marine commander to oversee the marine operations and provide continuity across the portfolio. The MFB is currently constructing a purpose-built training facility that will include a state-of-the-art marine firefighting prop capable of delivering a number of hot-fire training simulations.

In the wake of the rapid growth in ports, a national approach from fire agencies seems sensible. Individual organisations faced with responding to emergencies in the maritime environment are vulnerable as they lack the resources to adequately build sufficient capability and expertise.

The Australasian Fire and Emergency Service Authorities Council (AFAC) is the peak body for public sector fire, land management and emergency service organisations in Australia and New Zealand and is well placed to begin development on a national policy covering the marine environment. This policy should cover areas of response from member agencies including mutual support. However, it must also include measures to improve input into national infrastructure development. In this way a concerted effort to gain maximum return on investment and provide relevant measures to address community and government expectation of fire services given a marine incident can be provided. A national response and expertise model, finance, training, risk assessment process, fire safety and coordination arrangements should be considered.

Importantly the Australian Maritime Safety Authority (AMSA) is a largely self-funded government agency with the charter of enhancing efficiency in the delivery of safety and other services to the Australian maritime industry. Fire agencies through AFAC must formalise a relationship with AMSA to capitalise on their expertise and possibly seek funding to support a national model. With a staggering Aud$178 billion in annual trade going through the ports it seems feasible to achieve some contribution in line with the expected growth.

Australia considers itself a well-developed and progressive country with a strong economy. One of the strengths of its economy lies in its natural resources and being able to ship them internationally. With increasing trade come increases in infrastructure and ship movements that can increase the likelihood of incidents occurring. Without adequate planning for such events economic prosperity can be jeopardised and fire services exposed to considerable pressure and reputational damage. Worse still fire agencies can be compelled to respond without proper training and support increasing the likelihood of disastrous consequences. Fire agencies have the opportunity to get organised and address these issues by developing a national marine policy that formalises relationships and seeks funding to increase public value in line with what the community and government would expect.

This article is based on a presentation made by John Jugum at the AFAC/Bushfire CRC conference.