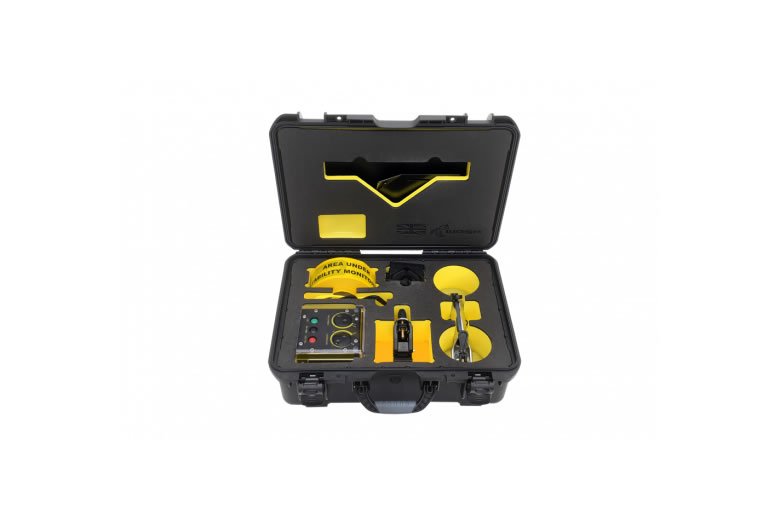 Leader WASP allows rescuers to monitor the movement of an unstable structure during a fire operation, or during a rescue-clearance operation. In case of bigger movement than selected threshold, device triggers an alarm. So team on duty can quickly leave their position for a safer area.

Leader WASP is ultra-sensitive and provides an early warning of movement (0 to 2.6 degrees) and vibration (0 to 100 Hz). This is alarmed via rotational failure of the risk that it has been attached to. The warning device is quick to implement and easy to operate.

The WASP safety warning system will attach to any surface in any position at any angle via a series of supplied brackets (Building, Crane, Pylon, Truck, Racking, Bridge, Concrete plate, Strut, etc).

The Leader WASP or Warning Alarm for Stability Protection was initially developed for the UK International Search and Rescue team, of which Matt Keogh was a member for 27 years. Matt is the creator of WASP and LEADER is now undertaking its manufacturing and promotion.

The stability controller was specifically designed for movement detection to protect USAR staff when entering earthquake damaged buildings because of spending hours in buildings breaching through floors all the time unaware if actions made were weakening the structure further.

Leader WASP safety monitoring and warning device gives rescue crews an early warning of failure allowing them to realise what they were doing (Breaching, Shoring, Tech Search) was possibly going to cause collapse of the unstable structure.

The WASP detects movement (0 to 2.6 degrees) and vibration (0 to 100 Hz) simultaneously or not. Alarm is triggered due to rotational failure of the sructure that it has been attached to. It was purely designed for risk reduction to personnel working in close proximity to a risk that had the potential of further movement/collapse of USAR operations.

The WASP allows quick implementation with easy configuration. It is robust and compact and is ultra-sensitive.