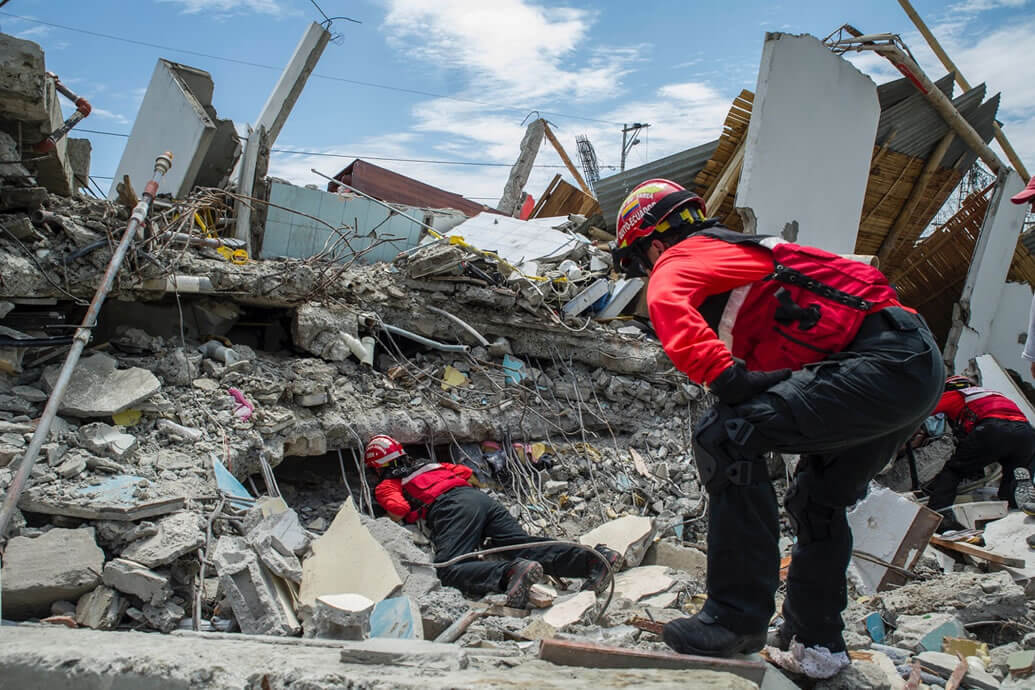 Leader Search and Rescue Equipment in Ecuador: Last April 16th, an earthquake of magnitude 7.8 on the Richter scale has shaken a large part of the Pacific coast of Ecuador. The latest human assessment of the disaster is 661 deaths, 15 missing and more than 30,000 homeless. It was the worst earthquake experienced by Ecuador for nearly forty years. 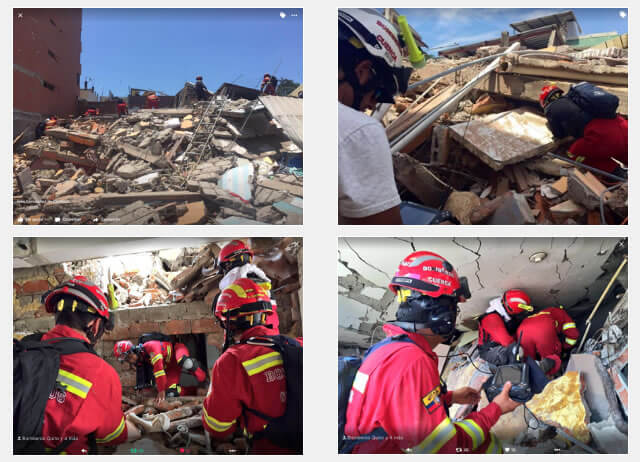 Following the earthquake, rescue workers from 38 countries have intervened for rescue operations and have allowed the extraction of 113 survivors from the rubbles according to the latest official toll.

Amongst the many USAR teams that have taken part in the rescue operations, many of them, such as USAR teams Bogotá and Pasto (Colombia), ERICAM (Spain) and USAR fire Cuenca (Ecuador), have used Leader search and rescue equipment.