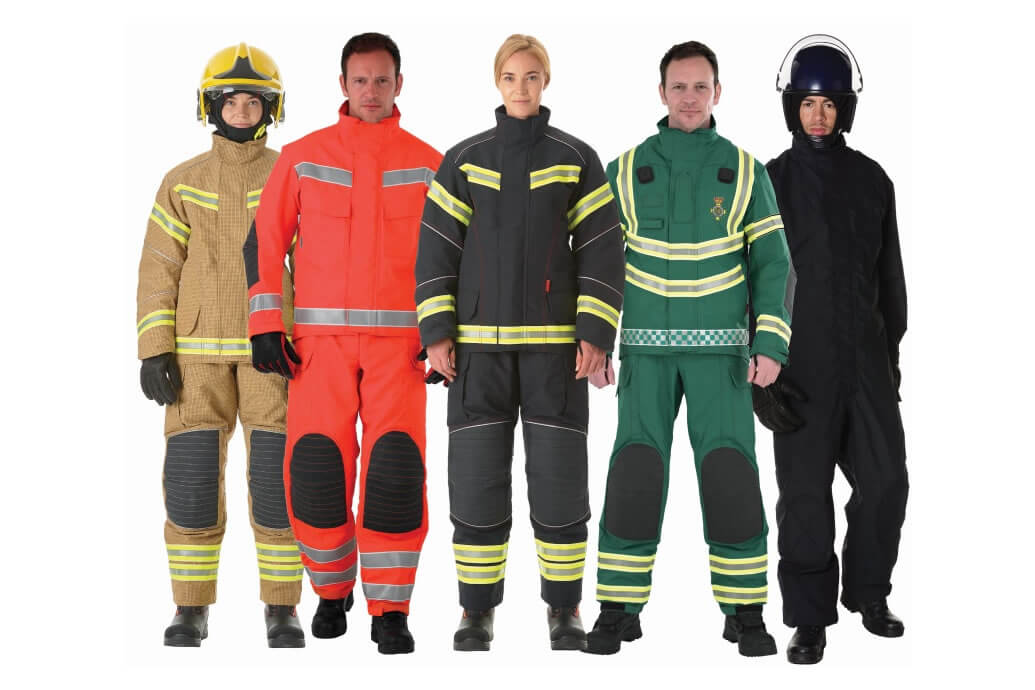 40 years ago the level of firefighter clothing protection offered by shallow helmets and pvc ‘wetlegs’ meant that firefighters used their body senses to feel the heat – principally around their ears and the fronts of their legs which had little protection. Today, specialist fabrics, when combined into highly effective technical composites, have transformed wearer safety and provide the most effective protection ever against flame lick, heat penetration and moisture ingress.

However, new designs have taken care to counter any potential loss of sensitivity to heat for the wearer by changing the construction to reduce the impact of generated body heat which had become an issue during the late 1990s. Heat stress, the result of prolonged physical exertion, can be a contributory cause of heart failure and has become a major cause for concern in the USA.

In the UK, over the past 30 years, 30% of firefighter active duty fatalities were caused by heart attacks as compared with 45% in the US. On average, a US firefighter is clothed in protective garments 30% heavier than commonly now in use in the UK. Design changes, pioneered by Bristol seven years ago following major physiological trials, have been widely adopted across the industry to reduce garment weight and are generally regarded as having had a positive impact on wearer health and safety.

Fire authorities in the UK specify different levels of thermal protection but this can be achieved without a major impact on the effectiveness of heat stress minimisation. The process of moisture management inherent in state-of-the art structural garments provides increased air circulation inside the garment to improve breathability. Better release of both heat and sweat also improve comfort.

Roger Startin, Bristol’s joint MD, said, “In the UK there is no empirical evidence to support the assertion that safety is compromised by modern garments as current designs have maintained a balance between protection and safety. Lighter constructions maintain the levels of wearer protection from external factors whilst reducing the impact of internally generated heat and moisture. In addition, improved release of heated trapped moisture near to the skin can reduce physical discomfort.” He added, “We believe that making PPE lighter has real benefits provided that the resulting ensembles fully meet the performance standards required by our customers. Some will require higher thermal protection than European standards. We will continue to provide protective garments which meet all market requirements”.