Is Extrication Getting Easier? 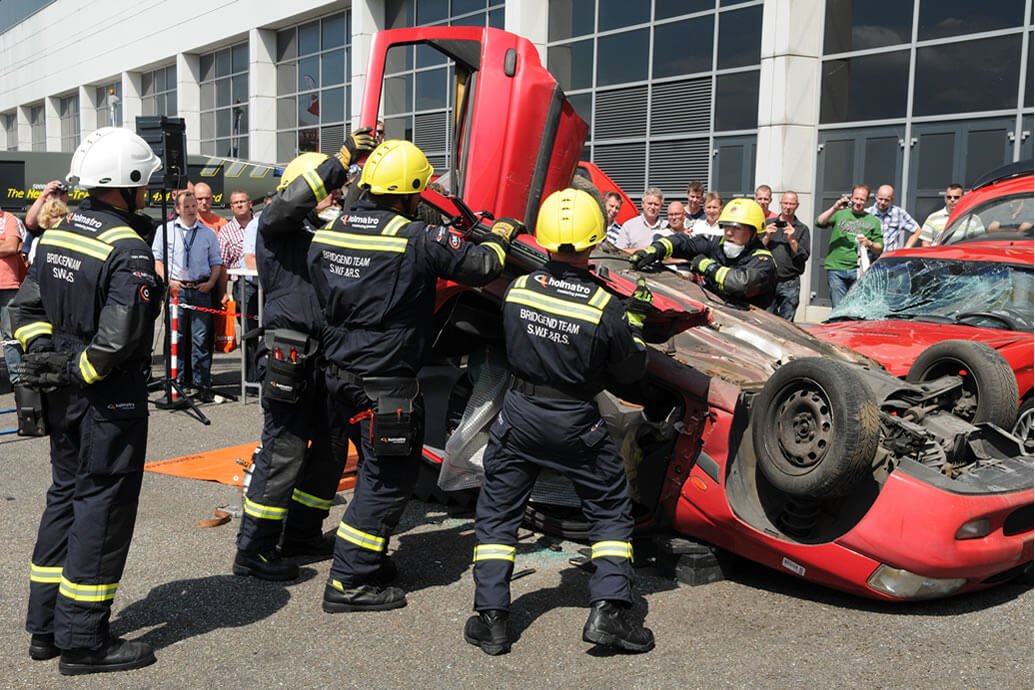 Is Extrication Getting Easier? It occurred to me recently that when I look at all the factors involved in vehicle extrication, I do believe it is getting easier. Why? Well, let me explain.

The principle factors involved in extrication are:

Let’s look at each.

New vehicles are stronger, making extrication more difficult, right? Well providing you have the latest generation of tools, overcoming the vehicle construction is not an issue. The stiffer construction provides a more solid base for our tools, especially when spreading/ramming. This means they work far more efficiently and evolutions are generally more successful. In addition, the increased strength theoretically means there is less intrusion and less space has to be created in order to extricate. Vehicles do have more passive safety features than a decade ago, but they are more intelligent: capacitors now drain virtually instantly, 12v and hybrid systems often isolate themselves (even after low speed impacts) and provided we peel and reveal prior to cutting, the components of SRS systems can easily be avoided.

In general, more technical rescuers have greater awareness of the injured patient and therefore can contrive an extrication plan that aligns to their injuries. Actually dealing with trauma is becoming more and more commonplace to the technical rescuer and the gap between medical and technical knowledge is closing all of the time. In addition, the last 25 years have seen the development of more safety systems and education has meant that vehicle occupants now do more to protect themselves, e.g. wearing of seatbelts.

The type, size, weight and design of equipment mean that it is now easier to use it across a wider range of applications. Rescue tools are generally much lighter than a decade ago whilst maintaining or increasing capacity. This means that the use of tools has become easier and far less of a burden. In some cases, equipment design has actually meant you have more personnel available on scene (e.g. lightweight tools only requiring a single person to operate them).

A tool that weighs only 8.2kg is capable of removing doors

In my view this has seen the greatest advance. The wealth of information now available to the rescuer is simply astonishing if we compare it to 20 years ago. Although information that is widely available on the internet has to be absorbed carefully (to avoid misinformation and disinformation) there is no doubt that social media and the internet have made the extrication world a much smaller and more accessible place. Rescuers are now far more aware of all aspects of rescue and are able to advance their skills at a greater pace. The key however is the maintenance of these skills. If skills are not maintained, the rescuer may be left behind by the advances listed above.

Information and training is now more accessible than ever

Continued development of vehicles and rescue equipment coupled with our increased understanding of key principles has made extrication easier. We now have more mental and physical tools in the tool box than ever before. I concede that some extrications will always present a more complex challenge; it is the nature of what we do. However, I do believe that we are far more capable to deal with any challenge we face.

Below are a few practical examples of why extrication (in general) is getting easier and explanation in more detail why I believe this to be the case.

Firstly, removing doors to gain access: my preference has always been to spread doors at the hinge side. There is a distinct difference between performing this technique on an older car (when we train) as opposed to a new vehicle we encounter on the road. As I have previously explained, the construction on newer vehicles is far stiffer and a consequence of this is, that the material does not ‘rip’. On older vehicles the construction itself was relatively weak meaning that when we did attempt to spread a hinge, very often the A pillar would rip and fail before the hinge. On newer vehicles this very rarely (if ever) happens. What we witness more and more is the hinge (in particular the hinge pin) being the weakest link and failing first. This makes this process far easier and as a consequence, quicker. This lack of ‘ripping’ means that smaller combi tools are now even more effective for gaining entry as a wide opening is not required.

I spend a lot of time cutting new vehicles and seeing what impact they have on our current techniques. Although stability of the vehicle is important for medical reasons, we have always understood that placing stability blocks under the sill (rocker channel) provides support for the use of hydraulic tools when we perform evolutions such as a dash lift or dash roll. In the last few years however, I have found that this area of the vehicle has increased so greatly in strength (and more importantly, stiffness) that this is very often not required. This, in some cases, may assist rescuers on scene (especially where stability equipment is scarce). Remember though, this is not a reason not to stabilise the vehicle!

More and more often I also encounter new cars where laminated glass is used in every window (not just the windscreen). In effect, this means that our glass is managed and does not require removal prior to the use of hydraulic tools; easier and quicker. In addition, leaving the glass in situ (in extreme weather) means that the patient is not exposed to the environment. Of course, laminated glass in situ may restrict access (especially in an emergency) so this must be planned for.

My experience leads me to believe that using hydraulic tools on newer vehicles is easier. I find myself ‘expecting’ results with far less left to chance. Older car construction, by its nature, means that it is hard to predict what will happen when performing some of the evolutions described above.

Is Extrication Getting Easier? By Ian Dunbar, Holmatro.
blog.holmatro.com