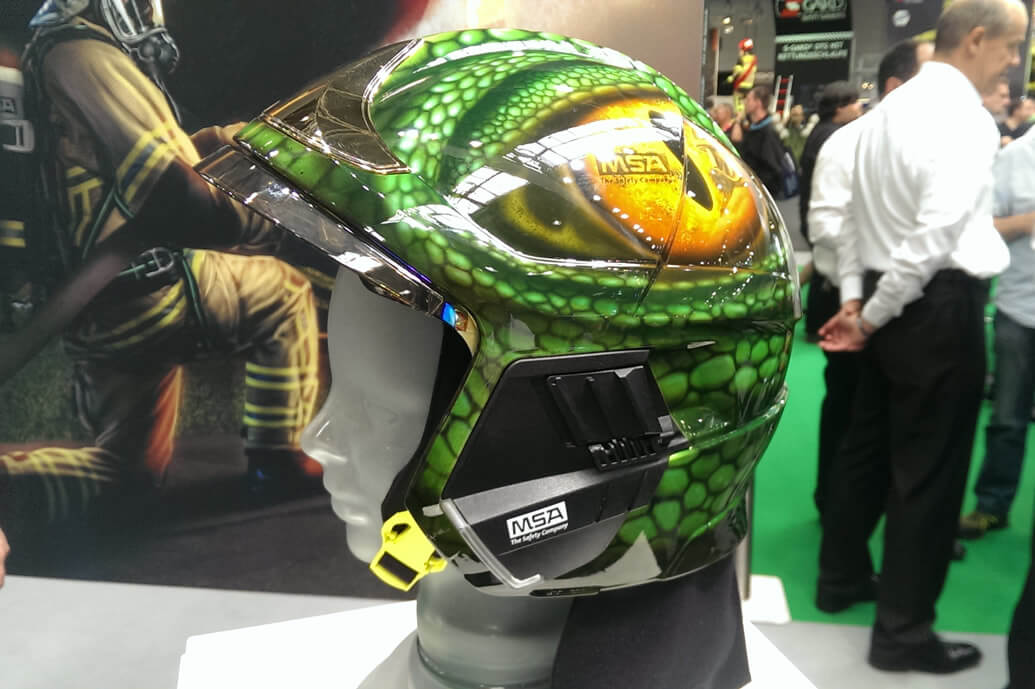 The Fire Product Search Interschutz 2015 review with the world’s largest show dedicated to the firefighting and rescue industries closed on Saturday 13 June. With 157,000 international visitors and about 1,500 exhibitors from 51 nations, Interschutz 2015 proved to be the most well-attended edition of the event ever.

Some of the most anticipated Interschutz events included the ‘Toughest Firefighter Alive’ competition. The participants all showed the world their incredible strength and mental resolve but one man was presented with the prize on the last day of the show, Lukas Novak from the Czech Republic.

Hans-Peter Kröger, President of the German Fire Service Association (DFV) summed up what Interschutz truly means for the fire & rescue industry: “INTERSCHUTZ is the ultimate success story. Rather than being just a platform for selling products and services, it has become a cult event for fire services everywhere! This fair has given our firefighting volunteers of every age bracket, from kids on up to retirees, a huge shot of inspiration and motivation for the years ahead.”

Interschutz is a huge forum for displaying the future of fire & rescue technology and innovation. One of the major focuses this year was water rescue. A flood relief system called the CENO-Tube was unveiled, a hose system that can be rolled out in the event of an emergency and filled with water to create a flood barrier up to 2.6 meters high.

Other exciting technology included the Firexpress ATV, a one-man quad-bike style vehicle designed under the “first-strike firefighting concept”. It makes quick rescue possible in difficult to access locations and is equipped with a self-contained system.

Vehicle extrication was a big focus at Interschutz and the Holmatro Rescue Experience provided rescue teams from around the world a chance to show the public how far this area has come. The challenge was a great success as teams competed for prizes of 35,000 euros worth of extrication tools. The overall winners were the Irish Meath County Team. Holmatro congratulated the team afterwards and awarded them the biggest prize, a 20,000 euro tool set.

In addition, Interschutz had a rich array of forum events including the “Destination: Future” voluntary firefighters’ convention. Run by the German Fire Service Association, it underscored the importance of preserving the institution of voluntary fire brigades.

Attendees to the show made sure that they got the most out of Interschutz 2015, not least because they will have to wait another five years for the next edition. However, in the fire & rescue industry this is time to further innovate and benefit from the collaboration of expertise made possible by Interschutz.

The next edition of Interschutz will take place from 15 – 20 June 2020 in Hannover. The Fire Product Search Team looks forward to meeting even more people there.