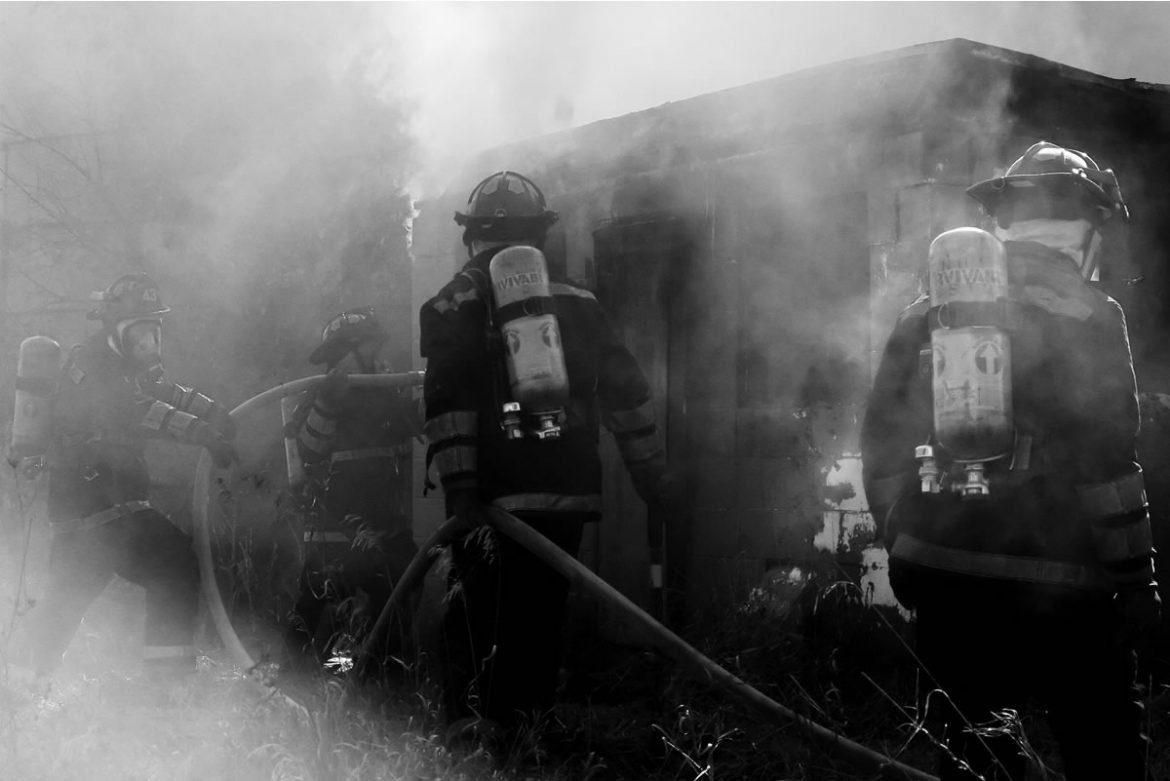 The vast majority of life losses through fire occur in our homes every year where young children and elderly persons are most at risk. The ‘house’ fire is predominantly the most common and basic building fire a firefighter can encounter.

It is generally small by nature compared to commercial and industrial premises, requiring less resources, but often the challenges can be extreme as this is where we are most likely to undertake search and rescue (S&R) operations. Therefore a firefighter’s potential for exposure to high risk is increased and since the early 1990s it has been demonstrated in the US, where lightweight construction has become commonplace, that the ratio of firefighters (to the number of fires) killed by ‘structural collapse’ in residential buildings has actually increased.

Working in thick smoke, even in small compartments, a firefighter can easily become disoriented and even lost where the ability to work safely in such conditions relies on regular and realistic training. It is also dependent on crews working and remaining in close touch with each other. Where smoke levels are within reason it is sufficient for firefighters to remain in visual contact with each other. This old maxim should guide us:

‘Go in together, stay together, protect your escape routes at all times, take enough water, and come out together.’

Now there alone is a one hour evening classroom session for firefighters, based on the above statement! Take that maxim and debate amongst each other exactly what it means to you.

‘GO IN TOGETHER – COME OUT TOGETHER’

When analysing why firefighters get killed or injured at house fires we can see a common pattern of command and tactical errors occurring over and again. It’s not so much about the quantity of water at the nozzle, any particular extinguishing technique, or anything more than basic tactical actions.

We so often fail to learn from past fire experience and implement the lessons of tragedy into our own operational approaches. Where crews are deployed to the interior for S&R:·

The ability for firefighters to work and search safely and effectively in smoke and heat is something that demands regular and thorough training, learning to work blindly using ‘touch and feel’ techniques. When doing so, firefighters should remain in close contact with a wall, where possible, as well as each other.

Searching a house for unconscious victims must be undertaken with controlled haste, ensuring that no area is left untouched before moving on to the next room in a structured search pattern. Should firefighters take a hose-line with them when searching? Many instructors or SOPs recommend that they should.

THE RISK PROFILE OF A HOUSE FIRE

Based on your country or area, the average house has a lot in common but within a range of variable possibilities in both construction and size. These could typically be brick built, or timber framed with exterior cladding, demonstrating room sizes between 10-100m2. They may have multiple or split interior levels with some having basements. In some cases the basement at the front of the building is the ground level to the rear. They may also be detached from surrounding properties or attached with common roof voids between all properties. Each particular structural design presents its own challenges and risks in terms of fire spread.

Whenever a team of firefighters working internally are planning to change levels, that is go up or down stairs from the access level, there are some critical rules of engagement they must first consider: ·

If the fire is a basement fire then the protocols for following such a situation should be pre-planned and documented through SOP, ensuring extreme caution and coordination between fire attack and venting actions. If the fire is on an upper floor the strict protocols should exist for such an operation.

However, if firefighters are moving with intention to go above a confirmed fire floor for search and rescue purposes, then again strict protocols should be followed. Failing to follow these protocols can expose firefighters to increased hazards.

Firefighters urged to protect themselves from toxic fire...

Don’t be a statistic – secret killer amongst...