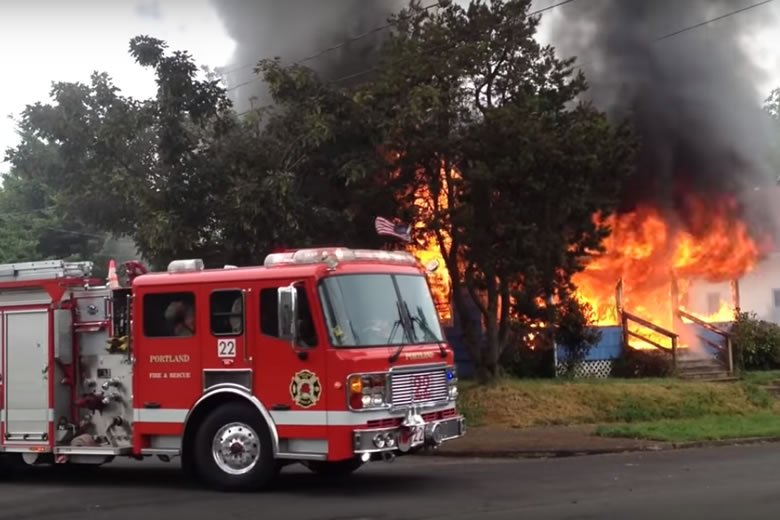 This House Fire Pre Arrival Shot on iPhone started at approximately 08:24 on a Sunday and within minutes it became a fully involved fire. 911 was called at 08:26 with the first responding engine company on scene by 08:29. By 08:30 the initial attack had begun. This is the very definition of a rapid response.

Three Portland Fire and Rescue Companies responded to the initial call, with Engine 22 being Incident Command.

Originally recorded on May 19th, 2013, this was the first Pre Arrival Fire video shot in HD and uploaded to the YouTube platform. It is still regarded as one of the best and most thorough recordings of a Pre Arrival house fire in existence. It has set the precedent for quality and the importance of well shot Pre Arrival footage as it’s invaluable for emergency responder training. It was only possible with the incredible work the Portland Fire & Rescue Companies demonstrated that day.