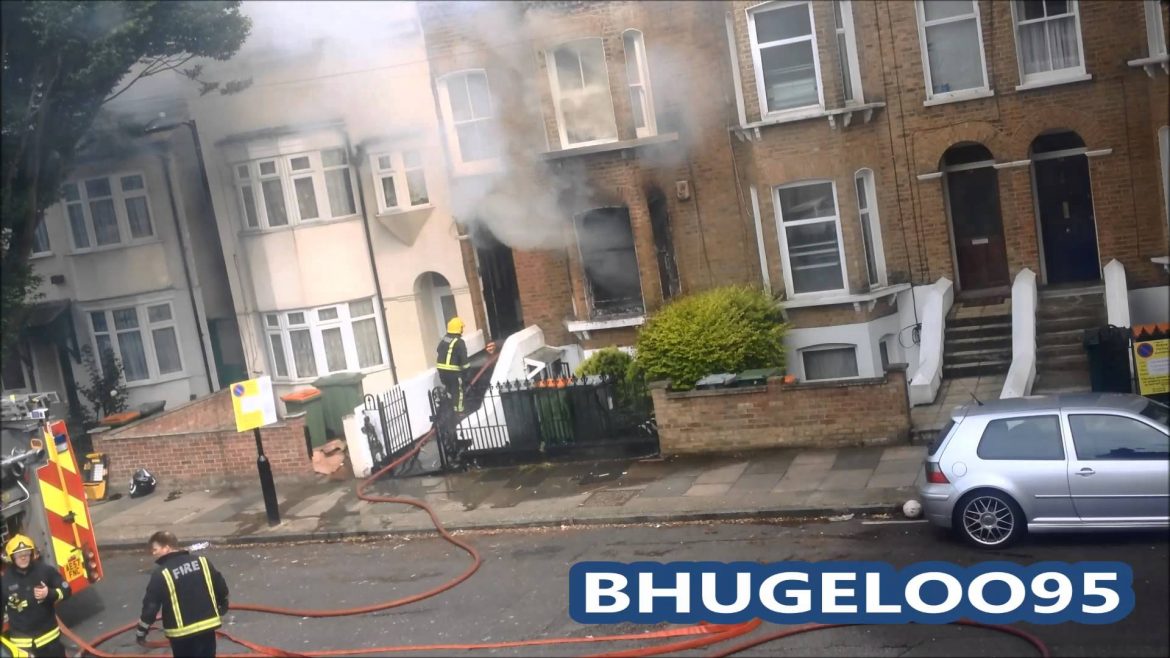 An interesting watch – I’ve been somewhat curious lately about the types of hose and fittings used between here and back home and the situations they are deployed in.

As you can see here upon arrival the crew starts grabbing 72mm (2.5′) in lengths of either 25m (82ft) or 50m (164ft) whilst another crew member (Albeit without SCBA) starts to knock the fire down using what is essentially a trash line on a reel.

You then see the combination nozzle being used over a Type 1 branch (long smooth bore) on the interior with absolutely no tools. The crew will likely know the layout of this property due to a common design and they probably didn’t move further than the entrance hallway (note there is no RIT team and entry is made via an SCBA control board leaning against the wall before a second crew has arrived) but it has me curious – In the US, why can’t/don’t/won’t we use a trash line on a reel for initial knockdown or even on a car fire?

A huge proportion of the time one or two of these lines will be used on a car fire and it does the job at less than 80PSI (5 Bar).

Then the hydrant supply you can see being laid out toward the end of the video, again using 2.5 at around 125GPM minimum which would allow you to use at one of these reels at the bare minimum.

In a situation like this, there would be little chance to do a 360 due to access at the rear and as part of the initial incident report the IC would state something along the lines of ‘Informative message from firefighter ABC, Stop for 123 Street, one hose reel, two high pressure jets in use’.

So to the UK and US firefighters….I’m curious to hear your thoughts on some of these differences….