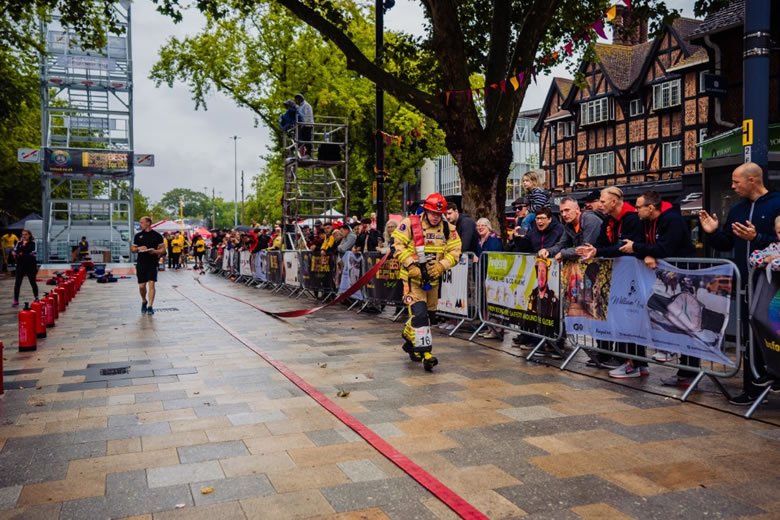 Global functional footwear specialist HAIX has announced its sponsorship of Team GB at the British Firefighter challenge, an event that pushes firefighters to their limits while raising funds for the Fire Fighters Charity. As the official footwear sponsor of Team GB, HAIX demonstrates its commitment to providing functional and protective footwear to fire service professionals ahead of the highly anticipated competition.

The annual sporting event, taking place at the Fire Service College in Moreton-in-Marsh October 9-10th, will see firefighters from around the world come together to compete in a series of gruelling strength and endurance challenges, including a three-story tower stair ascent and decent in full PPE gear, angus fire hose drag, and a casualty rescue of a 70KG dummy.

Sales manager for HAIX UK, Simon Ash, says; “The last British Firefighter Challenge raised around £7,000 for the Fire Fighters Charity, helping operational or retired firefighters and their families with physical, financial or mental health support. We want to help where we can, supporting Team GB, and acting as the official footwear sponsor.”

HAIX’s commitment to quality has been well received by Team GB, as event organiser John Gregory explains; “Team GB love their HAIX Fire Eagle boots. The lightweight boots have been the ideal solution in keeping Team GB both comfortable and agile during training ahead of the competition”.

As well as providing Team GB with footwear, HAIX will be giving away various goodies at the event and will have the full range of Fire Eagle boot sizes on display, so that visitors can feel for themselves why Team GB wear them for competition and training.

For more information on the British Firefighter Challenge, visit, www.britishfirefighterchallenge.co.uk