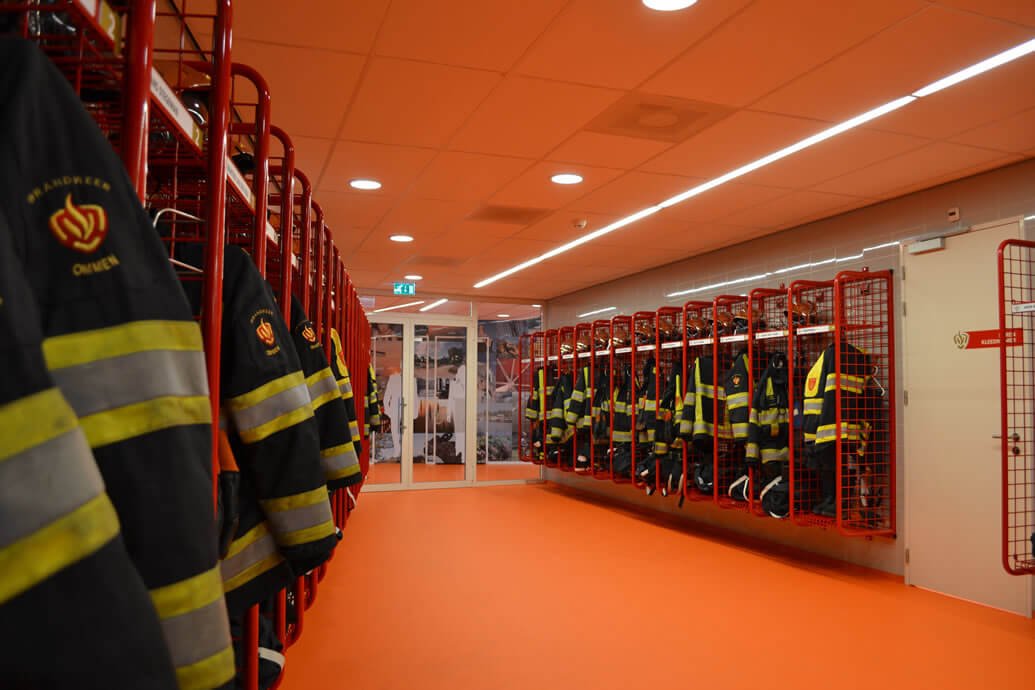 Fire Station PPE Storage is about more than simply putting fire fighter clothing on hangers as we look at a case study from the London Farnborough Airport fire department.

London Farnborough Airport has a long history dating back to the early 20th century with the creation of His Majesty’s Balloon factory and the first powered flight in Britain in 1908. It is now a successful operational business/executive general aviation airport, with over 20,000 movements per year. It is also known for a bi-annual world famous air show, which attracts crowds in excess of 250,000. 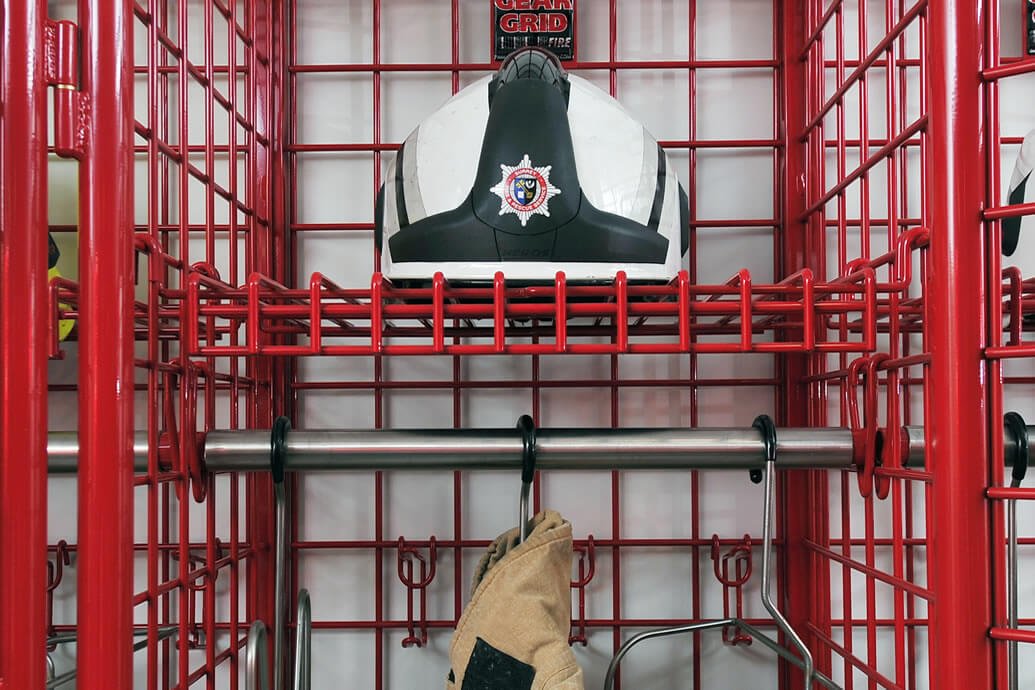 When the airfield fire station approached Geargrid to investigate a solution for its fire station PPE storage, the company helped to develop a design and layout to overcome the common challenges experienced by fire stations of limited space, general organisation and correct care for firefighter PPE.

London Farnborough Airport’s fire station, built in 1990, had a locally-built wooden storage system, which had provided a basic level of organisation over the years but did not offer individual locker space for each firefighter. This created an un-organised look and feel, which does not encourage firefighters to take ownership of their own equipment. It also means PPE is not being stored correctly, potentially reducing the effectiveness and life cycle of the equipment. Space was also an issue in the station.  As this was a refurbishment, no additional space was being allocated to the project. PPE is stored within the appliance bay, which has steel structures lining the building. This meant Geargrid was unable to bolt directly to the walls. In addition, there was a requirement for free-standing lockers – in total 32 lockers were required. 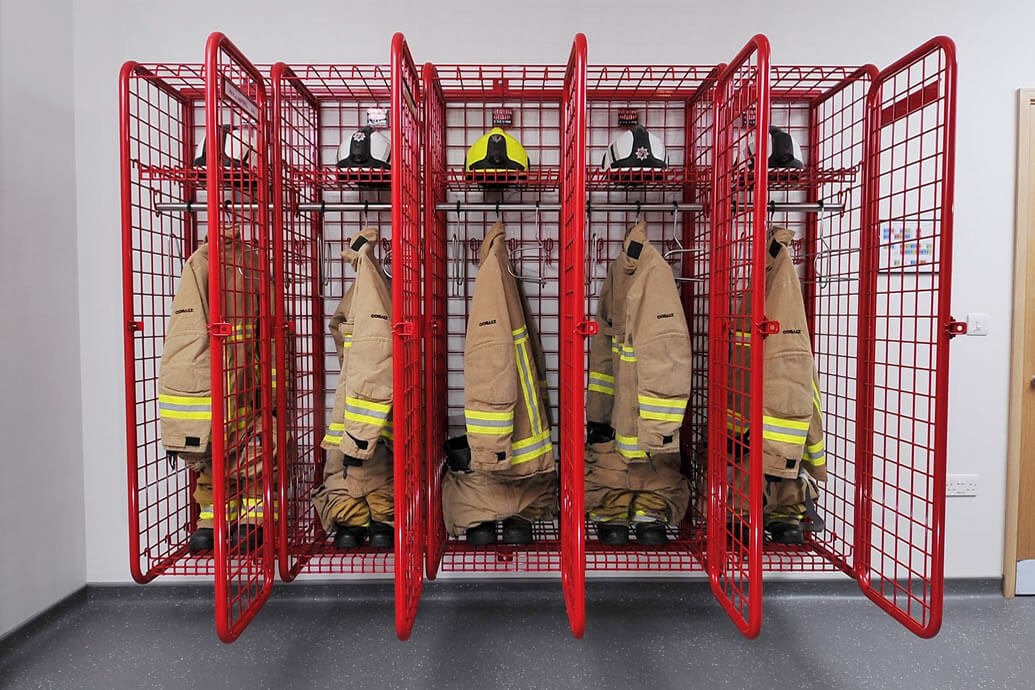 Geargrid’s solution was a combination of 18in (450mm) wall-mounted lockers and mobile 18in eight packs. The wall-mounted lockers were installed in two runs of eight using the company’s furring brackets to mount the lockers away from the wall in order to stand clear of the steel structures. The eight packs are back-to-back lockers and have been located in one of the bays. Being mobile means the station can easily move the lockers if required.

Also specked into the design was Geargrid’s top side storage shelf. This additional storage space allows more storage if required, meaning the solution is future-proofed. Using Geargrid’s hang bar and stainless steel hangers to store PPE jackets encourages a neat and tidy locker and correctly hanging the jackets helps look after the PPE, keeping it moisture-free and aired.

Each locker is provided with a removable printed name plate for each firefighter, developing the idea of ownership for their PPE, thus improving the overall professional image of the station.
Station Manager David Willis said, “Geargrid has transformed the storage of our PPE, their professional service involving design and installation was a smooth process. The lockers look fantastic.”

If you have or are thinking of improving your current storage of PPE or have other storage requirements within your fire station, Geargrid can help to design a solution for you.