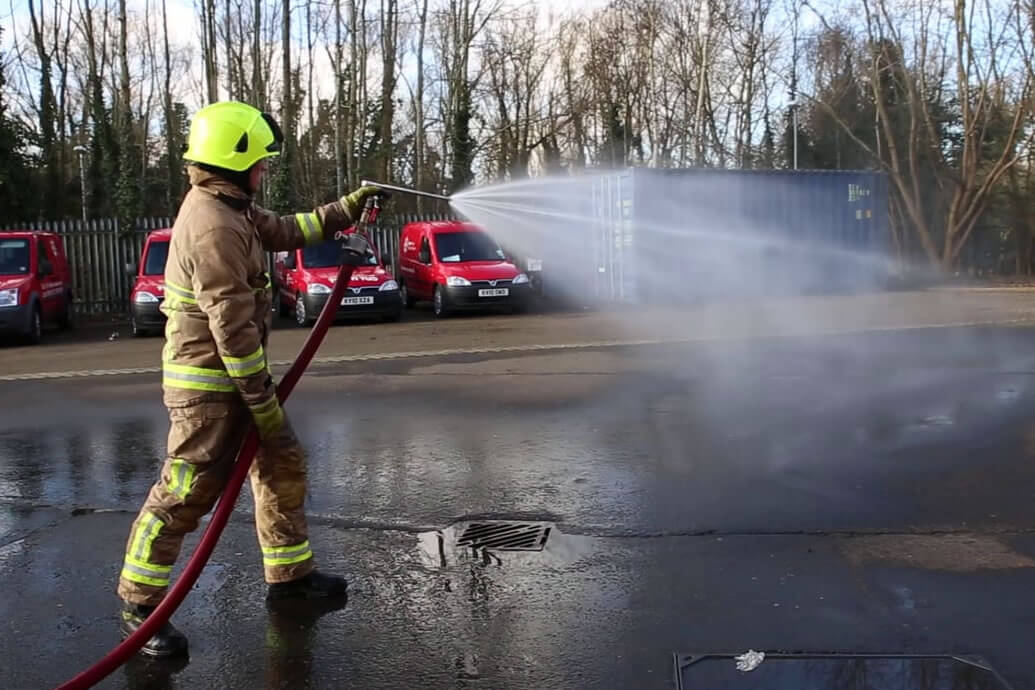 Another major UK FRS joins the Fog Spike Revolution as Delta Fire supply another UK Fire and Rescue Service with their Fog Spike System. After successful trials of the Type A and Type B kits Lancashire FRS have purchased their initial units which will be in service very shortly with a view to rolling them out over 58 appliances later this year.

The Delta Fog Spike is an innovative product designed for highly effective fire fighting in confined, difficult to access areas such as roof spaces, attics, floor spaces and partition walling. The Fog Spike is particularly effective in the creation of demarcation lines and for gas cooling prior to attack and ventilation.

As the water is directed at the hottest part of the fire in the form of a finely dispersed mist, the subsequent result is that almost all the water evaporates leading to a faster and more efficient extinction process, which when combined with a low level of water consumption means that water damage is minimised significantly. The Fog Spike only consumes 70 litres of water per minute @ 6 bar and has a maximum working pressure of 20 bar.

The Fog Spikes are supplied in two formats, The ‘Attack Spike’ and the ‘Restrictor Spike’. Both options are manufactured from stainless steel and weigh in at only 1.1 kg making them highly manoeuvrable and extremely durable.

The Fog Spike is available in a kit format comprising both the ‘Attack & Restrictor Spikes’, the Fog Spike Hammer (spiked on one side for piercing more solid structures), the Divider (for water distribution to several Spikes) and three lengths of Nova Type 3 x 1″ lay flat Fire Hose.

Purpose made Carrying Cradles or Carrying Holsters are available for convenient storage and transportation making lifting the Fog Spike system onto roofs etc as easy as possible.

A number of Services are now reaping the benefits of the system and many more UK Fire & Rescue Services are currently evaluating the system reporting very positive feedback from initial trials.

For more information, to request technical data sheets or to arrange a trial contact the Delta Fire sales team – sales@deltafire.co.uk