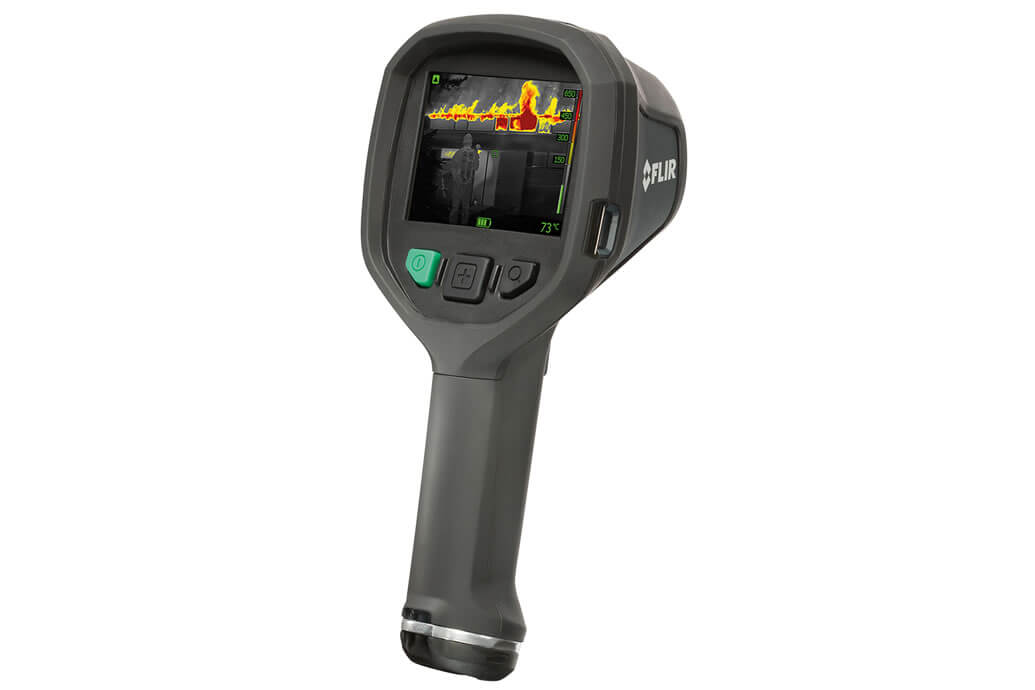 The K55 with FSX displays its ultra-sharp 320x 240 pixel thermal images on a large bright 4″ LCD display, allowing firefights to navigate safely and make accurate decisions when attacking fires and searching for victims. Image details like edges and corners are enhanced and combined with the original image to create an image with more detail than ever.
The FLIR K55 also has on-board video recording, making it an excellent tool for documenting what happens inside the fire and providing a valuable training aid for later review. The K55 also features onboard image storage for up to 200 thermal JPEGs, which can be reviewed later from the camera’s archive or exported via USB for reports.

The K55’s intuitive and simple three-button user interface lets the firefighter access all of the camera’s controls, even while wearing heavy gloves. Different color modes allow the firefighter to adapt the FLIR K55 to the most demanding situation. The K-Series is also designed to operate in tough operating conditions; it withstands a drop from 2 meters on a concrete floor, is water resistant (IP67), and fully operational up to +260C / +500F.

“With the K55, FLIR is continuing to provide innovative and affordable advances in thermal imaging technology for firefighting and public safety applications,” said Andy Teich, President and CEO of FLIR Systems. “This is another example of how our vertical integration, image processing expertise, and commercially developed, military qualified products can make a real difference to first responders around the world.”

The K55 is affordable enough for agencies to equip every fire truck with a thermal imaging camera. The new FLIR K55 will be introduced at the Intersec Exhibition in Dubai and is available for purchase through established distribution networks beginning March 1st, 2015. The K55 also comes with FLIR’s exclusive warranty covering the full camera for two years and the detector for ten years. Visit www.flir.com/FIRE for more information on the new K55.