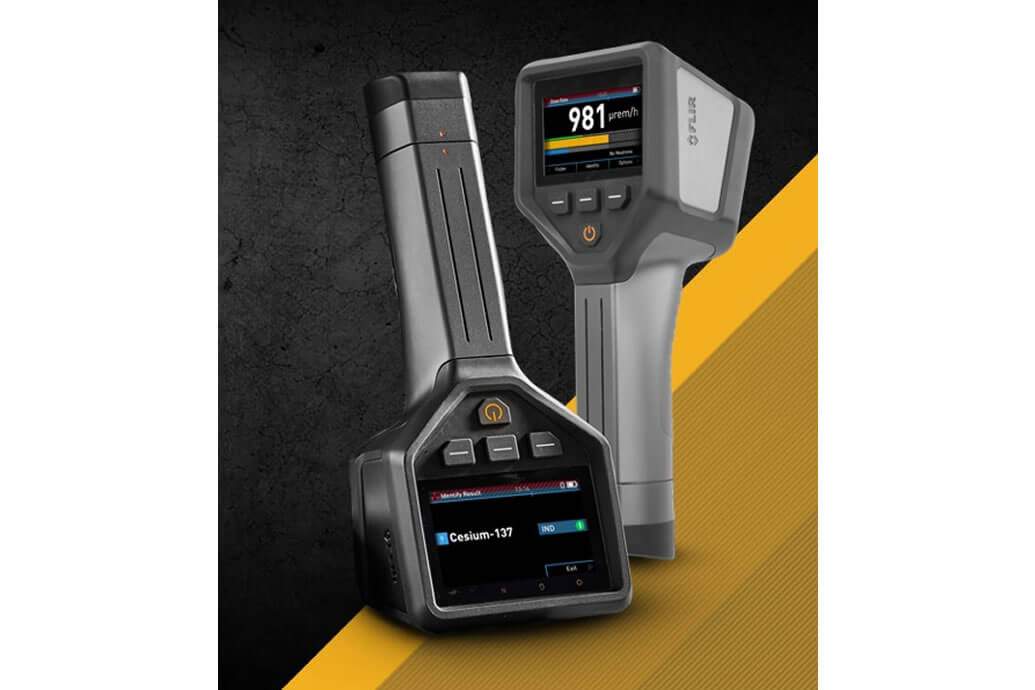 Weighing less than 1.5 kilograms, the FLIR identiFINDER R440 is the industry’s smallest and lightest radioisotope identification device (RIID) with a 2-inch by 2-inch sodium iodide (NaI) detector. With 3.5 times more sensitivity than similarly-sized RIIDs, responders can detect radiation from farther distances and behind heavier shielding. Delivering 10 percent better resolution than other products in the category, the FLIR identiFINDER R440 provides greater accuracy with fewer false alarms. Due to its extended energy range, the identiFINDER R440 detects gamma radiation and can indicate the presence of neutrons found in special nuclear materials.

With over 20,000 FLIR identiFINDER series products deployed globally, the familiar user interface and easy-to-read data of the FLIR identiFINDER R440 allows for quick integration with existing operational protocols to reduce training time and costs. The device has built-in wireless communications and features a new 360-degree EasyFinder™ mode that pinpoints and instructs the operator to the exact location of a radiation source. The FLIR identiFINDER R440 meets the American National Standards Institute (ANSI) N42.34 standard, has been drop-tested up to one meter, and is the industry’s only IP67-rated RIID, which means it can withstand rain, splashing, and accidental submersion.

“The new level of sensitivity and resolution of the FLIR identiFINDER R440 provides the ability to perform quick situational assessment during radiological emergencies,” said Jim Cannon, President and CEO of FLIR. “Its compact size enables responders to use it with one hand, making the FLIR identiFINDER R440 a practical product for their mission.”

The FLIR identiFINDER R440 will be available globally in the first quarter of 2018. To learn more about the product, visit our website.