Home Fire Fighting Articles Flashover Part 1 – What Do You Know?

Flashover Part 1 – What Do You Know? 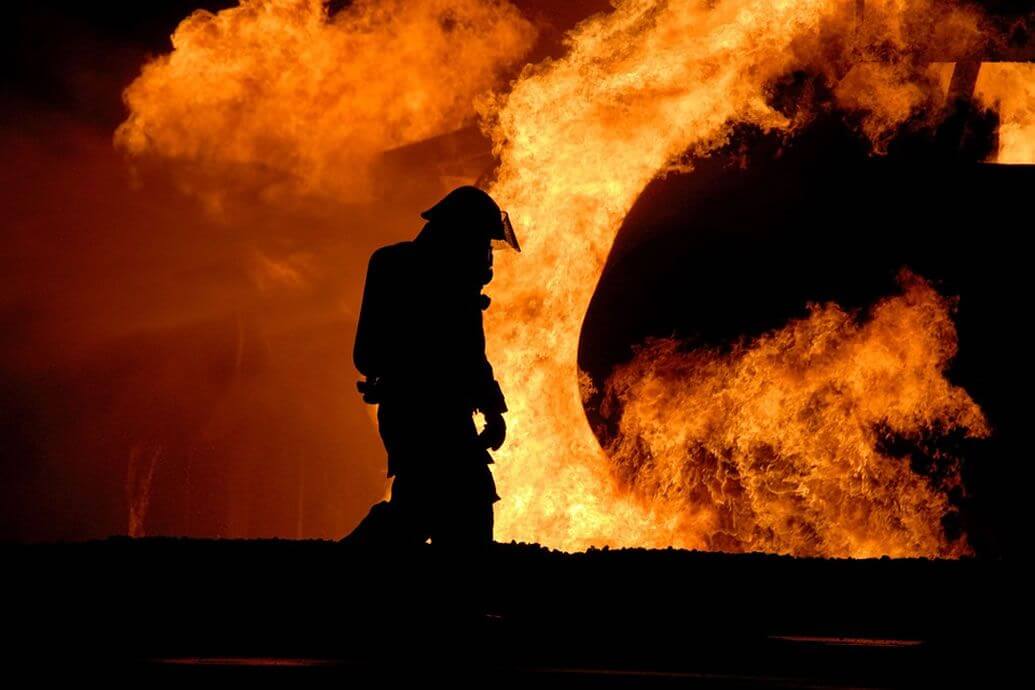 Flashover Part 1 – What do YOU know?

Take a close look at the three images below. They display a typical scenario where firefighters arrive on-scene and observe ‘nothing showing’. However, as they gain entry through the front door, a thick black plume of smoke issues from the upper regions of the doorway. Within seconds this smoke has turned to belching flame! What event has occurred? Is this a ‘flashover’? What actions could you take to prevent or reduce the chances of this event occurring?

When a fire is enclosed it often produces large amounts of heat and combustion products in smoke, through the pyrolysis process. That is, all fuel surfaces, walls and ceilings are giving off highly flammable gases that accumulate in smoke. As firefighters gain entry, the fire can be seen igniting just outside the door in the first picture as the superheated smoke is mixed with air. This event is termed ‘auto-ignition’. The fire then burns back into the point of entry and under the right conditions there may be sustained burning. This rapid fire development is likened to that of a ‘flashover’. However, it is not an interior heat induced development of fire, but rather an event that initiates outside the fire compartment itself – it falls under the heading of ‘Fire Gas Ignition’.

How can we prevent this situation? A 3D door entry procedure that entails pulsing water droplets in through the door crack, prior to opening the door fully. This takes a few short seconds but often prevents such ignitions from occurring.

Sometimes we vent a window from the exterior. Our reasons for doing so may be an attempt to –

What is happening where the smoke turns to flame? What type of event is this? 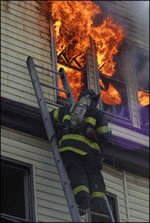 Again, what we have here is generally auto-ignition of superheated fire gases as they exit from the window opening. Take a close look at the black stained inner part of the double glazing here. You may not recognize the staining at night or through the outer glass pane.

If there insufficient heat in the smoke, an inflow of air into the window may occur with an exchange of hot black smoke (top of window) for air (lower part of window).

This may result in a situation where the fire is developing faster than heat can be released from the opening. We call this ‘thermal runaway’. In effect, a ‘flashover’ will occur as the build up of fire gases within the room ignite. The ignition may be delayed.

Here is a situation (see the four images below) we can experience in a training simulator (and of course real fires), where a smoke layer builds up at the ceiling, some distance from a fire in an enclosed room at the end of the simulator. When the door to the fire compartment is opened, or the fire reaches the ceiling, the smoke layer ignites above our heads in a rolling ball of flame. What type of event is occurring? Where might this occur? What can we do to alleviate, prevent or reduce the likelihood of this event? 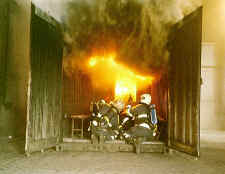 What we are seeing here is actually two events. As the air flows into the door as it is opened, we see either some auto-ignition or a minor backdraft from the room itself. This causes the layer of smoke existing at the ceiling to ignite in a ‘flash fire’. This is a smoke ‘explosion’ but without severe pressure. It will not damage structural elements and will not likely sustain its burning. If were to place an ignition source of sufficient energy, possibly a burning ember, into the smoke layer above our heads prior to opening the door we might possibly get the same result under the right conditions, although in a simulator it is not likely. These events are all forms of Fire Gas Ignition and not flashover.

Part 1 of an article written by Paul Grimwood.

Part 2 can be viewed by clicking Flashover Part 2

Part 3 will be published shortly on Fire Product Search