Firefighters urged to protect themselves from toxic fire contaminants 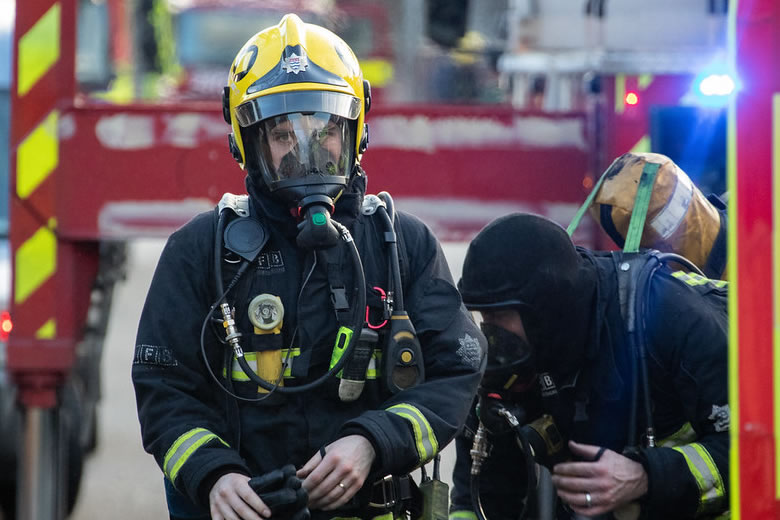 Firefighters urged to protect themselves from toxic fire contaminants

Firefighters have been urged to protect themselves from toxic fire contaminants in response to research that found more than four times higher rates of cancer amongst firefighters who took part, relative to the general public [1].

It is thought that toxic fire contaminants are playing a role in increasing firefighters’ chances of developing cancer and other diseases.

The research, from the University of Central Lancashire and involving 10,000 serving firefighters being surveyed, was released at the end of last year, and in the time since the Fire Brigades Union has developed training and guidance aimed at helping firefighters protect themselves from fire contaminants.

The training and guidance, called DECON, encourages firefighters to take actions before, during, and after every fire incident to help reduce their own, their co-workers’ and their families’ exposure to fire contaminants.

DECON encourages firefighters to change simple behaviours, such as better cleaning practices around fire kit and firefighters themselves.

One of the difficulties is a lack of research and understanding in the area leaving a training gap in firefighter’s knowledge – putting health at risk. This is thought to be part of the reasoning behind the FBU commissioning this work.

Firefighters are also being encouraged to fill in a University of Central Lancashire firefighter cancer and disease registry, which is set to help push forward research in this area and help save firefighter lives.

FBU national officer Riccardo la Torre is now urging firefighters to take up this training and guidance, and fill in the cancer and disease registry. He said:

“It’s shocking that research suggests that firefighters are more than four times more likely to get cancer than a member of the public. But this risk is avoidable, the chances of contracting a cancer or disease as a result of firefighting doesn’t have to be so high, and we can all work to make the profession safer for us and our families.

“In the past, firefighters have been let down by a lack of information and a lax safety culture being allowed to prevail. DECON guidance and training helps firefighters protect themselves through simple actions like better cleaning of gear and making sure to always wear breathing apparatus when it’s needed, never putting it on too late. We would urge every firefighter to have a look at the guidance and contact their local Fire Brigades Union representatives about the training.

“The University of Central Lancashire Firefighter Cancer and Disease Registry will also help save firefighter lives by pushing forward research in this area, so it’s vital that firefighters play their part here too and fill it in.”

Details on the DECON training and guidance can be found at https://www.fbu.org.uk/campaigns/decon-fire-contaminants. The Firefighter Cancer and Disease Registry can be accessed at https://www.uclan.ac.uk/research/activity/fcdr.