Firefighters more at risk of having a heart attack 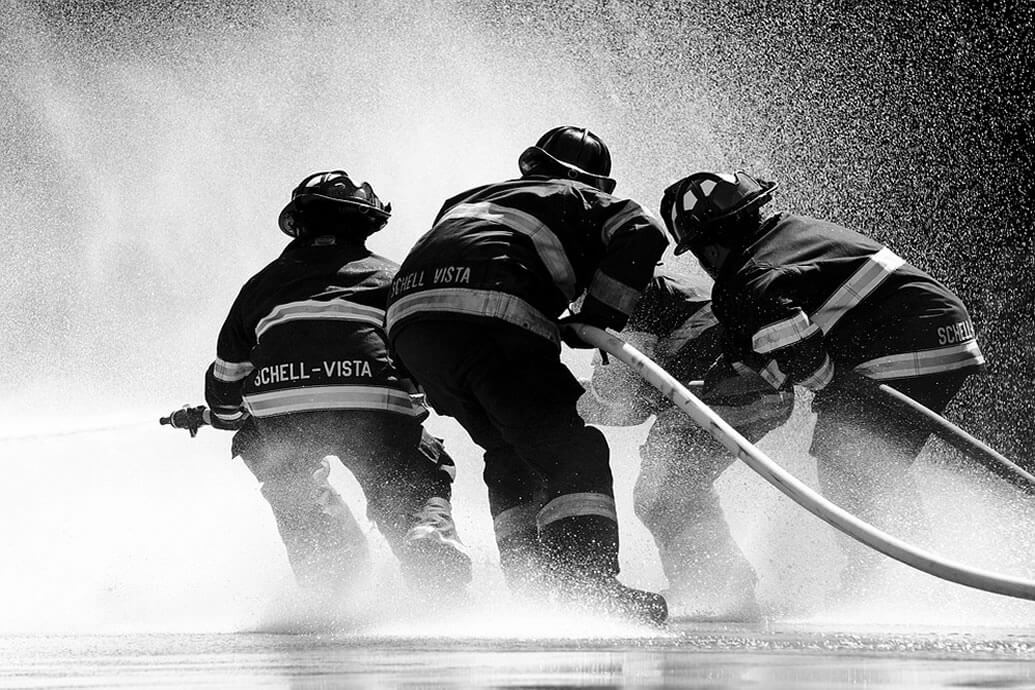 As we all know, firefighting is considered as one of the most courageous but dangerous jobs in the world. Unfortunately, people are not aware of all the dangers associated with it.

The British Heart Foundation has donated a sum of £187,000 to the University of Edinburgh in order for them to pursue research into the causes of heart attacks. The research consisted in looking at the risks of a firefighter suffering from a heart attack on duty and the potential causes.

In order to research why it is more likely to have a heart attack on duty, nineteen non-smoking and healthy fire fighters were chosen at random to take part in this study.

They were asked to take part in two fire simulations exercises in the course of two weeks. The events consisted in firefighters having to rescue a “victim”, weighting more than 170 pounds, from a two storey structure, while being exposed to very high temperatures. During the course of these events and 24 hours later, their hearts were being monitored constantly.

Nicholas Mills, Ph.D, consultant cardiologist at the University explains: “The firefighters wore heart monitors that continuously assessed their heart rate, heart rhythm, and the strength and timing of electrical impulses passing through each part of the heart. We analysed them to look for evidence of heart strain that might signify a lack of blood being delivered to the heart muscle.”

Dr. Mills, senior clinical research fellow at the University added: “These harsh conditions can cause injury to the heart muscle in healthy firefighters and may explain the link between fire suppression and risk of heart attacks.” 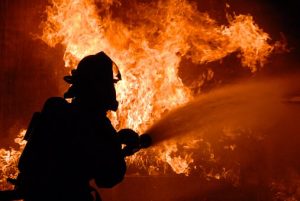 Image: Firefighters more at risk of having a heart attack

Not only did research find out that their core body temperatures remained high for three to four hours following exposure to the fire but also found that their blood became stickier. In result, it is 66% more likey for the blood to form harmful blood clots.

Researchers believe that this is due to the fact that in case of a fire, firefighters lose a lot of fluids due to sweating and have an inflammatory response to the fire heat, which results in the blood becoming more concentrated.

“Our study has shown a direct link between the heat and physical activity levels encountered by firefighters during the course of their duties and their risk of suffering a heart attack. However, we’ve also found that there are simple measures, such as staying well hydrated, that firefighters can take to reduce this risk.”

The Fire Brigades Union are aware of the increased risks of firefighters having heart attacks on duty or while on training for some time now. Fire service employers now need to urgently start dealing with this issue by ensuring firefighters don’t suffer from dehydration or increased core body temperature from working in extreme temperatures for extended periods of time. But unfortunately, due to cuts to the fire and rescue service, finding fresh crews to relieve firefighters who have already worked too long in heat isn’t always possible. (Dave Green, national officer with the Fire Brigades Union)

It is now important to raise awareness of the risks and learn about the early warning signs of a heart attack in order for them to receive medical attention as soon as possible. 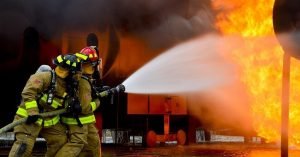 Image: Firefighters more at risk of having a heart attack

Ann Millington, from the National Fire Chiefs Council, said the organisation was “grateful to the Heart Foundation for this research.” She also claims: “The health and safety of our firefighters is one of our paramount concerns and we will seriously consider the findings and work on ways to mitigate potential harm.”