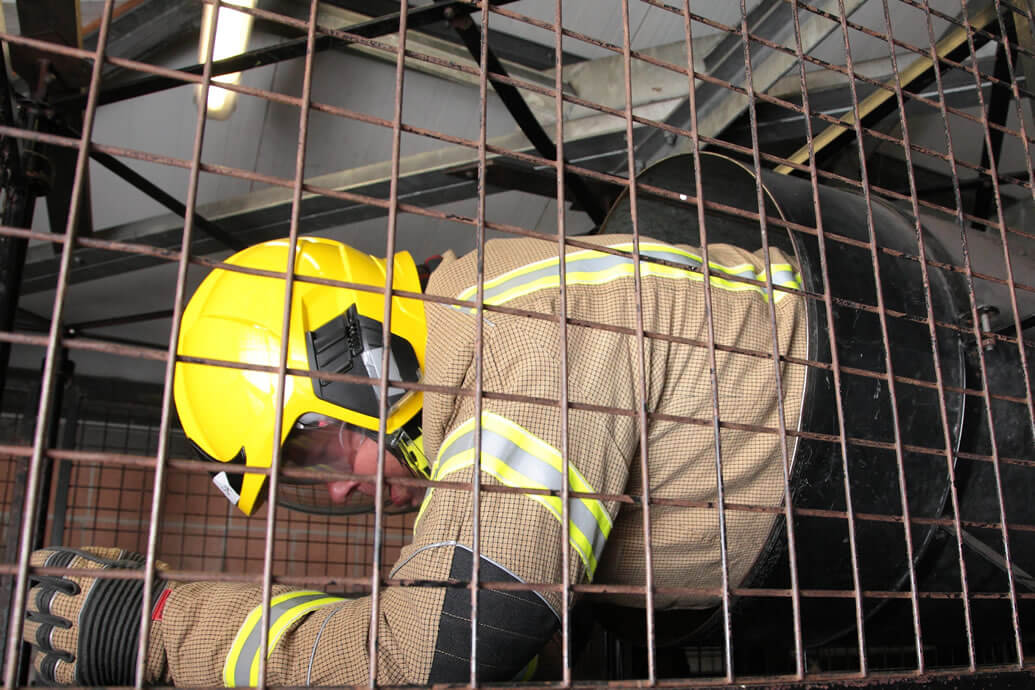 Widely recognised to be amongst the most comprehensive technical and ergonomic evaluation programmes for Firefighter PPE conducted anywhere in the world, the ICP Technology Refresh process, now underway, will conclude with the selection of a new range of technically advanced structural, wildland and technical rescue firefighter garments to be introduced in 2015.

The important garment trials element of the process is being managed and monitored by the ICP User Group which is formed from representatives of all the fire & rescue services using the ICP products and services, the Crown Commercial Service (CCS) and Bristol.

Rigorous and robust, the trials phase of the two year project began with the preparation of a Garment Trials Evaluation Plan in the spring of 2013 which by the end of the year had included agreement on output specifications as well as identifying and agreeing trials venues, facilities, personnel and equipment. A team was formed to carry out an evaluation of the technical files (proposed product specifications). This in-depth process included a range of tests including evaluations against the appropriate EN standards as well as physical tests at British Textile Technology Group (BTTG) and other test houses.

Steve Woodgate, Supplies Officer at Norfolk FRS and a member of the ICP User Group, commented, “The way that these trials have been planned and organised underlines the effort which has been made by all those involved to make the Technology Refresh Programme the most comprehensive and robust that our fire & rescue service has ever been involved in. The benefits of a significant number of FRS having a direct interest in the outcomes and, given that their size and operational environments are so varied, supports the rationale of centrally organising such a thorough and extensive trials programme”.

By early 2014, the programme had moved on to the core Technology Refresh processes following the ICP User Group’s sign off of both Bristol’s Technology Refresh Report and the Garment Trials Plan. A full review of all the technical files was undertaken as Stage 1. During the period from February to April, Stage 2 began with the preparation of the trials venues. This included ordering PPE for the trials and confirming the availability of all the firefighters involved in the trials programme together with briefings and any training required. Garment sizing and fitting sessions were held with individual firefighters.

The focus of Stage 2 was on controlled environment tests in which field trials were carried out on all the proposed new garments, which included structural and wildland firefighting as well as technical rescue PPE. The three separate field trials programmes were conducted at different locations, each chosen carefully to allow the environment to most closely match operational conditions. DFRMO locations were deemed to be most suitable allowing the structural trials to take place at MOD Fire Services Defence Fire Training & Development Centre, Manston, Kent; wildland trials were undertaken by DFRMO firefighters at the British Forces base in Episkopi, Cyprus and the technical rescue programme at the Lincolnshire FRS Training Centre in Waddington, near Lincoln.

The principal objective of the Firefighter PPE refresh programme is to identify new, technologically improved garments to be added to the existing range of ICP PPE whilst maintaining the core ICP principle of addressing equality and diversity needs. The additional items will provide a greater choice for both existing and new users, as all the garments will be fully compatible.

Whilst Stage 1 of the trials looked at the improvements being achieved by analysing the technical files (in which over 90% of the proposed garments showed identifiable improvements), Stage 2 began the involvement of firefighters in a wide range of physical trials to demonstrate the practical performance of the garments when worn as an ensemble. Of particular importance was the assessment of physiological loading, compatibility, interoperability and comfort. The trials were conducted following the principles of BS 8469:2007 (Personal protective equipment for firefighters – Assessment of ergonomic performance and compatibility – Requirements and test methods) standard procedures. Similar test methods were used during the initial ICP trials in 2006.

The structural garment trials at Manston took place over two weeks in May last year and involved all nine Authorities currently signed up to the CPCC. As equality is a main priority for the refresh, five male and four female firefighters took part in four days of pilot trials followed by five days of full trials. A further seven firefighters acted as reserves and also provided essential support to the trials programme, that included;

The complete test sequence was repeated three times by each firefighter, so that the three PPE ensemble options under evaluation were tested equally. The order of wear was arranged randomly using the ‘Latin Square’ method. In this way the programme was operationally robust and the results as statistically accurate as possible for this scale of test. Comprehensive questionnaires and scoring sheets were completed by each firefighter, which provided a regular flow of feedback at every stage of the trials programme. In addition, a number of core body temperature measurements were regularly taken to assess the physiological impact of wearing each ensemble during the various trials.

Wildland and technical rescue trials followed in late May into June. In Cyprus, the alternative new garments were used in conjunction with the existing other head-to-toe PPE. The test programme was broadly similar to that carried out at Manston, except the thermal strain simulation tests were adapted to reflect the nature of the role firefighters carry out when fighting fires in the open. These tests were based upon a simulated grass fire test described in a major study into the protection afforded by firefighters’ clothing in the 1990s. Conditions were particularly hot on location which enabled the trials to be conducted without additional heat.

Lincolnshire FRS hosted the technical rescue trials using their USAR training facility. Once again, the tests were similar to those carried out at Manston and the thermal strain tests were adapted to take into account the specialised role of technical rescue. The programme consisted of two key tests in which the six firefighters taking part each undertook consecutive sessions comprising of a shoring exercise and a collapsed structure search and rescue test.

GM Tally Giampa, Head of Fleet and Equipment at Gloucestershire FRS, summed up the field trials programme by saying, “Having witnessed/listened to the feedback from these trials, I’m very satisfied with the professional way that they were conducted and the support and enthusiasm which has been shown by our teams of volunteers for this key part of the Technology Refresh Programme. It is clear from all the comments I have received that the spirit in which the trials were carried out underlines the importance which they attach to the outcome. Their protection and comfort, and that of all their colleagues in those fire & rescue services signed up for the CPCC, will depend on the PPE choices made and the benefits which these can potentially deliver to all CPCC users over the coming eight years”.

Stage 3 of the trials programme involved a six-month wearer trial being carried out within each of the nine Authorities. In total, eighteen operational firefighters trialled the structural PPE, six in the wildland PPE and six in the technical rescue. The trials were completed at the end of 2014, with a final evaluation, selection and recommendation of the new PPE items to be made in the first half of 2015.