Fire Ventilation and the Use of Outlets & Inlets 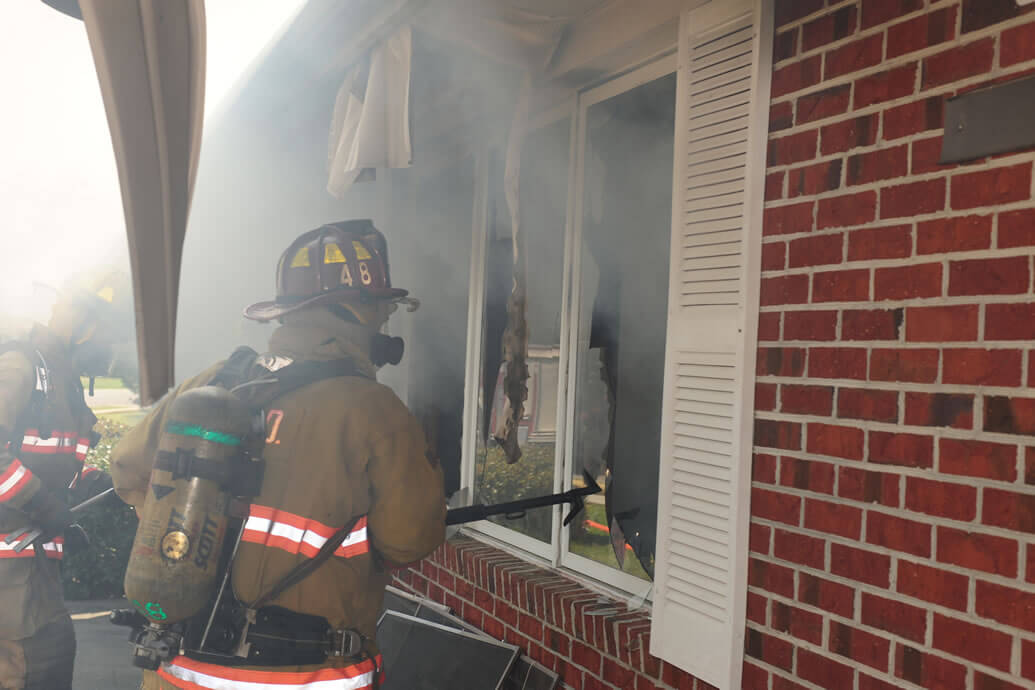 The size of openings

In general it is not possible to specify any absolute values as to how large openings should be. It is, however, possible to specify certain guidelines for how different sizes of openings affect a fire scenario and the flow of fire gases. For fire ventilation to achieve the desired effect it is important for it to be implemented at the right time and in the right place in relation to the location, size and development of the fire.

For practical reasons it can sometimes be difficult to achieve openings that are sufficiently large. Roof trusses, supporting or separating walls, and the size of windows and doors, can be limiting factors. There are, however, certain factors that directly influence how large openings should be. For example a high temperature in the fire room means that large openings should be made, since a high temperature can imply a large fi re that produces a lot of hot gases.

On the other hand it is not a good idea to make the openings too large. It can often be better to make several small openings instead of one large opening. Small openings, however, have larger flow losses (greater resistance to the outflowing fire gases) in relation to the volume of gases that is to be vented out. The number and size of the openings also depends on what the purpose of the measure is. If in addition to fire ventilation, the purpose is also to physically separate structures it would obviously be better with a large opening, for example right across a roof.

It should also be borne in mind that it actually takes quite a long time to make the openings. A large hole, however, would not necessarily take much more time to make than a small hole. A lot of the time is spent of course on the actual preparations, such as providing safety precautions
for the crew and the tools.

Outlets are the openings where fire gases flows out from the building. They can consist of existing openings (windows and doors) or openings that are made by means of various tools. In general outlets should be made as high as possible, so that the thermal buoyancy force of the hot gases can be fully utilised. Help can often also be obtained from the prevailing wind conditions. Outlets should be made where it is hottest, regardless of whether the ventilation is for rooms
exposed to fi re or adjacent rooms. The problem is that this is most often the place where the structure has been most weakened.

Watt
Rate of heat release is measured in watts [W],which is the same as the specified joule [J] energy per second [s], J/s. The development of the intensity of a fire is often specified in kilowatts (one thousand watts) or megawatts (one million watts).

The requisite size of outlets is determined above all by the temperature of the fire gases. If the fire is a large fire, or has been in progress for a long time, larger outlets will be needed to achieve the corresponding venting of the hot gases. The higher it is wished to raise the layer of fire gases, the larger the opening that will be needed. A common criteria for ventilation measures is that enough fire gases can be vented out to improve visibility for the fire fighters. In practical situations one would normally want to vent out as much of the fire gases as possible. Relatively modest ventilation openings are often enough to achieve an essential improvement of the environment in a fire room. In rooms with up to several hundred square metres of floor space with fires of several megawatts up to isolated cases of ten megawatts, it is often enough with openings of a few square metres to achieve a noticeable effect of the fire ventilation.

The following guidelines can be applied:

The single most important parameter that influences the size of outlets is the temperature. The temperature is directly related to the intensity of the fire, and also to the pressure difference over the layer of fire gases. A high temperature corresponds to a high intensity and means that more fire gases are produced, but also that there is larger thermal buoyancy force. The size of the opening or openings needed for fire ventilation increases in relation to the development of the intensity of the fire.

To achieve the best effect with fire ventilation it is important not to make the openings too large in relation to the fire and the thickness of the layer of fire gases. If the opening is too large fresh air from the inlets can fl ow directly out with the fire gases, which naturally reduces the effect of the opening. This is, however, usually only a minor problem in the context of fire and rescue operations.

Outlets should be placed where the temperature is highest, i.e. as high as possible. The size and development of the fire (temperature of the smoke) and the size of the room are critical for the
determination of the size of outlets, but 4–8 m2 can serve as a guideline, with smaller sizes for small buildings and larger sizes for large or very large industrial buildings. Creating openings in structures takes a long time. It can often be better to make a number of small outlets instead of a few large openings.

Fire ventilation is often associated with making openings to vent out fire gases. Nevertheless it is equally important, if the gases are to be vented out at all, that there are inlets where air can fl ow in and replace the gases that flows out. It can often be more difficult to make inlets than outlets. In general inlets should be below the layer of fire gases, i.e. level with or below the fire, since hot air rises upwards and fresh air should then be filled from underneath. For practical reasons the supply air often needs to be arranged at a good distance both from the fire and the outlets. In certain cases outlets in the form of vents in the roof can be used as inlets. This assumes, however, that the vents are placed on the roof to adjacent rooms that are not directly exposed to the fire or fire gases, and that there are internal openings between these rooms and the rooms exposed to the fire.

Since fire gases consists for the most part of fresh air that has been supplied to the fire, heated up and expanded, the size of the inlets in relation to the outlets will be an approximate ratio of 1:1 to 2:1, i.e. inlets should be at least as large as and up to twice as large as outlets. An attempt to make even larger inlets would normally have no significance. Since room divides, openings between rooms and the positioning of interior furnishings, limit the flow of the air, it is almost always preferable to strive towards having somewhat larger inlets than outlets, especially if there is a considerable distance between the inlets and outlets. Inlets larger than this lead to only a small or negligible increase in the intended effect.