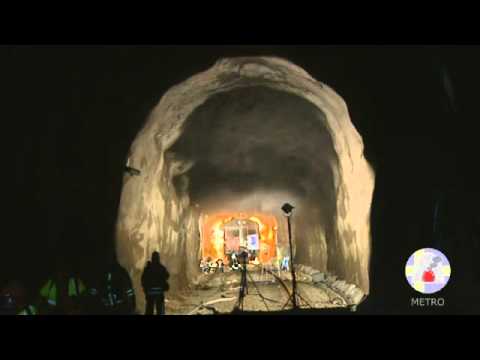 METRO is a three year Swedish research project about infrastructure protection. The focus of the project is on the protection of underground rail mass transport systems, such as tunnels and subway stations. Full-scale fire tests were performed in September 2011 in Brunsberg tunnel near Arvika, Sweden. The goal with these tests is to develop design fires for underground rail mass transport systems. In the full-scale fire experiments, commuter trains were used.