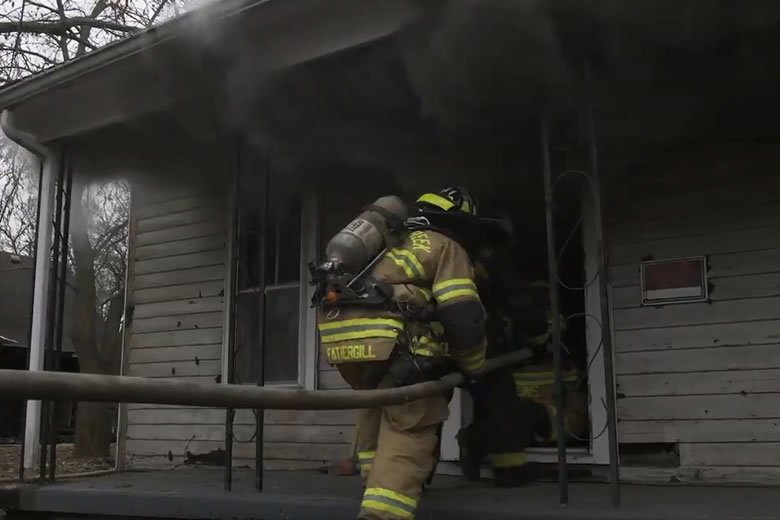 When arriving on the scene of a structure fire, the initial attack line placement may have less to do with the proximity of the venting fire to the entry point and more to do with other variables on the fire scene (location of the fire, obstructions to attack line deployment, need for forcible entry, etc.). If it is a room and contents fire, the goal would be to cool the compartment and to knock the fire back before it extends beyond that room. It could be a scenario where that could be achieved faster by conducting an interior attack through the front door, or a scenario where it could be faster to deploy the line to the rear venting fire (side C). Whichever attack line deployment will allow for the fire to be knocked down faster may be the most effective tactical choice.