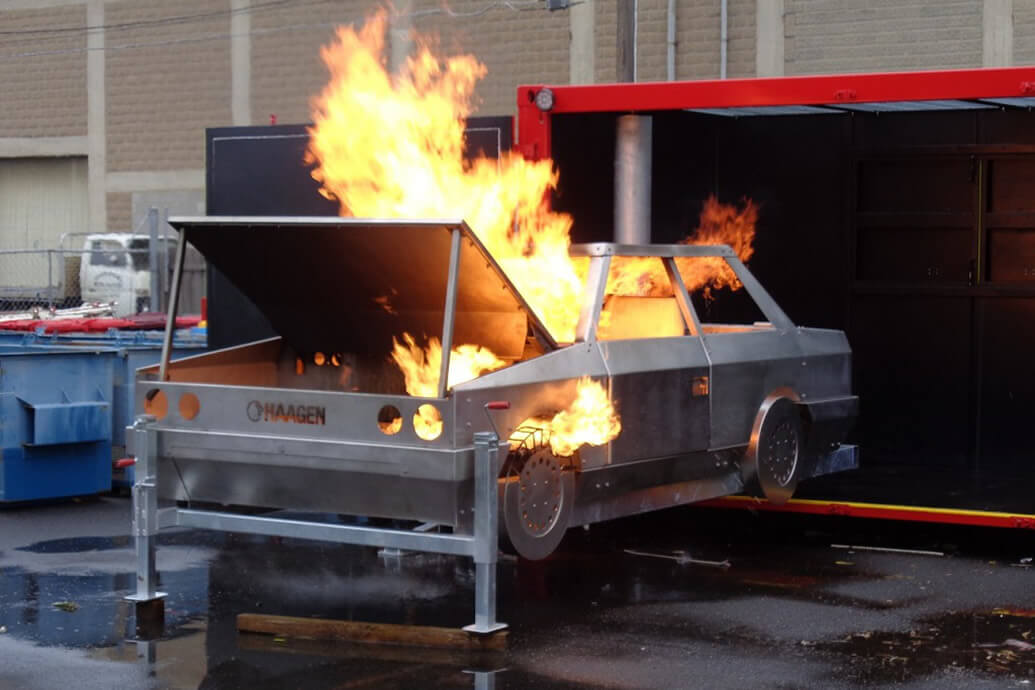 The three-storey container structure is equipped with four Jumbo Fire Training Units and a Digital Attack Fire Suppression System Smoke Box. The project will be installed by HAAGEN in Roussillon (France) and handed over by the end of February.

Sweden can also count a new Training Unit in its fire training arsenal. The Fire Department of östra Blekinge has purchased a container structure of 3 x 40 ‘containers for their training purposes. Our Swedish agent, Skyskol, will be guiding this project.

The containers will be placed in an angular position against each other, and will allow for both “hot” and “cold” training scenarios. The training equipment consists of gas fuelled fire training units for the simulation of a kitchen fire, sofa fire and flashover. A specially designed top box will be installed on the roof of the structure, to allow the fire department to train in basement/attic fire scenarios.