Fire Engine will carry the Ballyclare name to Argentina 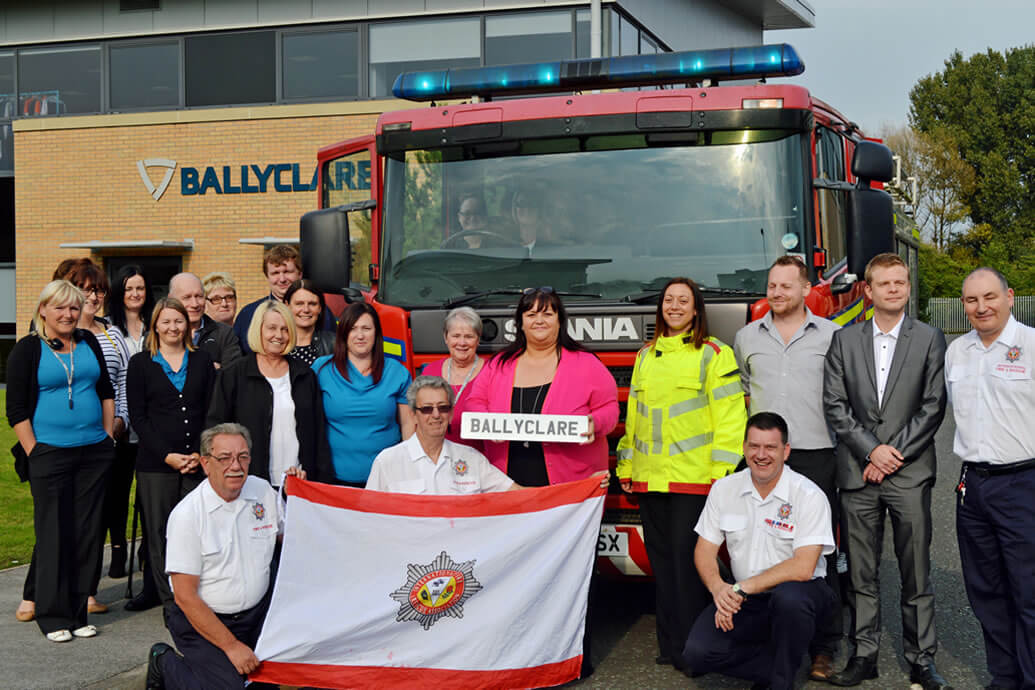 Workwear and specialist protective clothing manufacturer Ballyclare Limited played host to a special ceremony recently, when a fire engine bound for Argentina was named in the company’s honour. The engine was being donated to a fire brigade in San Juan by the International Fire and Rescue Association (IFRA) – a charity to which Ballyclare has made numerous donations in recent years.

“Ballyclare has long been one of our major supporters, and two years ago the company gave us a huge donation of 4,500 sets of Personal Protective Equipment, which we then distributed to Paraguay, Argentina, Albania, Bosnia and Mexico,” says IFRA representative Davie Kay. “That generous gesture involved a lot of hard work from the people at Ballyclare’s Distribution Centre in Barnsley who packed four containers with equipment for us in just one day, and it created the foundation for our relationship with the company. That relationship continues to go from strength to strength, so when we had to opportunity to deliver a fire engine to the San Juan force we wanted to continue our tradition of naming the vehicle to reflect the people who help us.”

The Ballyclare vehicle visited the company’s headquarters in Stockport for the naming ceremony. “The appliance is set to replace one that was written off in a road traffic collision, so we are delighted that IFRA chose it to bear our name,” says Ballyclare Managing Director, Carlton Greener.

“This is the 83rd appliance we have provided for fire services overseas,” concludes Davie Kay.  “Ballyclare is one of Britain’s leading suppliers of PPE, and without the generous support which they and our other supporters provide we simply wouldn’t be able to help our firefighter colleagues around the world in the way that we do”.

Image: The staff of Ballyclare are pictured with the fire appliance that will bear the company’s name when it goes into service in Argentina.